Former goalkeeper and official Ahmed Shobair hints that the silverware, which FIFA has allowed Egypt to keep permanently, has been stolen An Africa Cup of Nations trophy, which Egypt was given to keep after winning three consecutive tournaments in 2006, 2008 and 2010, has "disappeared" from the headquarters of the country’s football federation, a former official has announced.

According to Ahmed Shobair, the former vice president of the Egyptian Football Association (EFA) and an ex-national team goalkeeper, members of the EFA were “astonished” this week to find that the cup was not in its cupboard at the association’s headquarters.

The association had planned to launch an exhibition to showcase Egypt’s football achievements but when they looked for the cup they could not find it.

“The Africa Cup, which Egypt has earned permanently, has disappeared from the association. I am not kidding,” Shobair said during his TV programme On Time.

Egypt's former captain Ahmed Hassan quickly denied rumours that the cup was in his possession, Shobair said during the show.

The former goalkeeper described the incident as “a hilarious story”.

The EFA has yet to comment publicly on the incident.

Egypt is the most successful national side in the history of the Africa Cup of Nations, winning the continental title a record seven times, including three in a row between 2006 and their most recent victory in 2010.

But since Egypt's defeat at the 2019 competition at the round of 16, the EFA has been embroiled in accusations of corruption and mismanagement of funds, including its image rights dispute with the team's star player, Mohamed Salah. 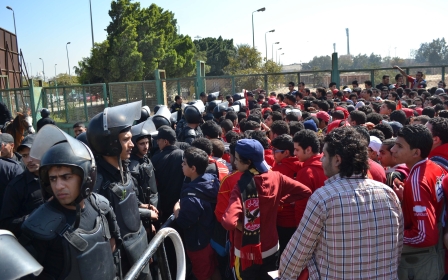