Egyptian police aided Chinese officials to detain and interrogate Uighur students during a 2017 crackdown against members of the Muslim minority in Cairo.

Former Uighur students who spoke to AFP said they had been arrested by Egyptian security officials in unmarked vans and taken to the infamous Tora prison.

Uighurs who spoke to Middle East Eye in 2017 said that Egyptian authorities had been arresting Uighurs over the course of three months.

Abdulmalik Abdulaziz, an Uighur student who was arrested and handcuffed by Egyptian police, said three Chinese officials had questioned him.

"They never said their names or mentioned who they were exactly," Abdulaziz, a former student at the prestigious Al-Azhar university told AFP.

"Egyptian policemen said 'the Chinese government says that you are terrorists'. But we responded that we are only Al-Azhar students."

Abdulaziz spent 60 days inside the Tora prison. Following his release, Abdulaziz, like scores of other Uighurs who had lived in Cairo, fled to Turkey.

Students caught up in the crackdown told AFP that Chinese officials used similar tactics in Egypt that have been practised in its "re-education" camps in China to divide the detained students.

The detained Uighurs were divided into three groups and given colour codes - red, green, or yellow - to determine if they would be deported, released, or questioned further.

Shams Eddin Ahmed, 26, was arrested outside the Moussa Ibn Nasser mosque in July 2017 in Nasr city.

His father in Xinjiang, a region in northwest China, also disappeared that month. "I still don't know if he's dead or alive," he recounted.

During 11 days in police custody, he claims, three Chinese officials questioned him specifically about his father.

"Where is he, and how does he send you money?" he told AFP.

Ahmed was in the green group, meaning he was eventually released. He fled to Istanbul in early October 2017.

Egypt's interior ministry and the Chinese embassy in Cairo did not respond to AFP's repeated requests for comment.

"Those found to be overstaying contrary to the law, including Chinese citizens among other nationalities, are expelled," said Ahmed Hafez, Egypt's foreign ministry spokesman, when asked about the deportation of Uighurs in 2017. 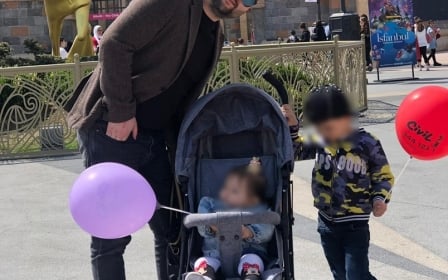 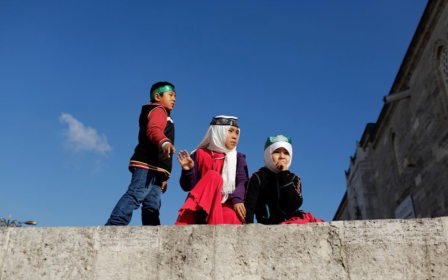