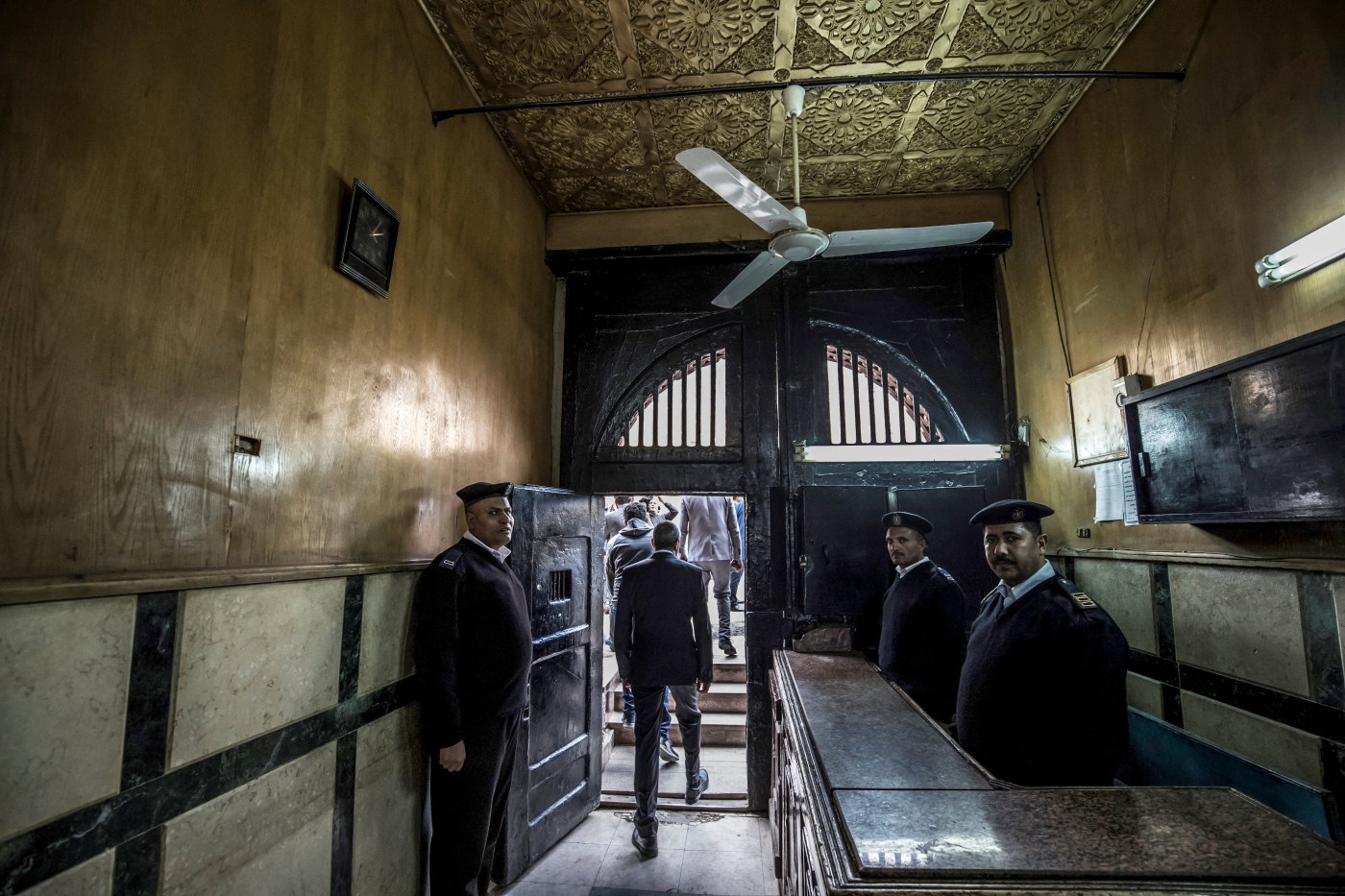 An estimated 60,000 political prisoners are being held in Egyptian jails, according to rights groups (AFP/File photo)
By
MEE staff

Egyptian authorities arrested the parents and sibling of a political detainee who alleged he was tortured and sexually abused in prison, according to his brother.

Omar al-Shweikh wrote on Facebook that that three members of his family had been arrested after his mother shared a video in which she expressed fears for her detained son, Abdelrahman al-Shweikh.

"The police arrested my father, mother and my 18-year-old sister and took them to the national security building in Almasara, Helwan," Omar wrote on Monday.

He then posted a Facebook live video in which he stated that the arrests followed a letter sent by Abdelrahman to his family which alleged that he went through torture and sexual abuse in Minya prison, which sits south of Cairo.

On 19 April, Abdelrahman's mother shared the letter sent by her son which detailed the sexual assault and torture allegations.

"My mother, I hesitate a lot in writing these words to you because the most severe thing that could have happened to me in prison, happened on 6 April," he began.

"It was not just torture; it was sexual assault that broke me mentally and made me hate myself."

He outlined in the letter how he had gotten into an argument with a fellow detainee over claims that his money had been stolen.

Following the dispute, he said that several detainees and prison guards proceeded to tie him up, blindfold him and strip him of his clothes.

"They sexually assaulted me, in more ways than just one. They violated my honour," he alleged in the letter, and he went on to name the individuals he said were involved in the abuse.

Abdelrahman stated that he "will not eat or drink anything until I die", following the incident.

Upon receiving the letter, the detainee's mother complained to prison wardens about her son's alleged abuse and wrote to Minya's public prosecution headquarters.

'Someone please help him'

Last week, Abdelrahman's mother posted an emotional video in which she said her son had been tortured again and that his life was in danger.

She said that a woman who was visiting her husband in the prison had passed on the message.

"Her husband told her that they were torturing Abdelrahman again," she said. "They hit him and severely tortured him after we submitted a complaint to authorities [about the previous abuse].”

"I'm waiting to hear any minute that Abdelrahman is dead. Someone please help him," she pleaded. "Instead of searching for the one responsible for his torture, they are torturing him."

According to Omar, his 55-year-old mother was taken away in a separate vehicle than his 65-year-old father and young sister. His 12-year-old younger brother was not arrested, he said.

Omar stated on Facebook that his father suffered from heart problems, while his mother had diabetes which affected her eyes and body.

The latest arrests prompted a social media campaign on Twitter, with users tweeting the hashtag, "Save Abdelrahman's family," in both English and Arabic.

Egyptian security forces are at the home of the detainee Abdul Rahman Al shawaikh to arrest his father and mother right now. #save_abdulrahman_family #انقذوا_عائلة_عبدالرحمن https://t.co/N2G63zG5bU

Abdelrahman was initially arrested in 2014, according to his family, after being accused of participating in a demonstration. 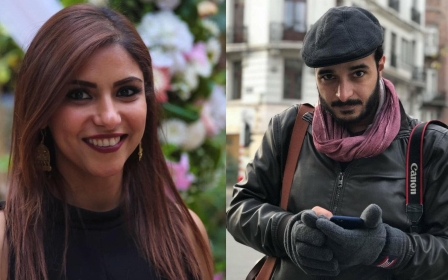