The flag was flown at a Mashrou Leila concert (screegrab)

Egyptian authorities have arrested at least 22 people in the past four days as part of a campaign against LGBT people, a rights group has said.

Thirty-two men and one woman have now been detained since rainbow flags were displayed at a pop concert in Cairo last month, according to activists.

The flag-raising provoked a public outcry and prompted the public prosecutor to order an investigation.

On Sunday, 17 men accused of homosexuality went on trial at a closed-door hearing facing charges of "debauchery" and "incitement to debauchery".

A 19-year-old man arrested a day after the concert was meanwhile sentenced last week to six years in prison after being convicted of "debauchery," Amnesty added, and four other men were being held at Cairo police stations.

Homosexuality is not explicitly criminalised under Egyptian law.

But the authorities routinely arrest people suspected of engaging in consensual homosexual conduct on charges of "debauchery," "immorality" or "blasphemy".

Commenting on the events Amnesty's North Africa campaigns director, Najia Bounaim, said: "The scale of the latest arrests highlights how dangerously entrenched homophobia is within the country."

Amnesty urged an end to the "ruthless crackdown".

The raising of rainbow flags at the band's concert - whose lead singer is openly gay - on 22 September was a rare public show of support for the LGBT community in the Muslim majority country.

They said they had initially remained silent about the arrests for fear of "further inflaming the situation".

"It has however become rather apparent in the last 48 hours that the state apparatus is hell-bent on executing the most atrocious of human rights violations," the band said in a statement posted on its social media accounts late on Monday.

"We denounce the demonisation and prosecution of victimless acts between consenting adults," it added.

"It is sickening to think that all this hysteria has been generated over a couple of kids raising a piece of cloth that stands for love."

The band called for an international campaign to pressure Egypt "to immediately halt its ongoing witch-hunt and release all detainees".

Egypt's conservative musicians syndicate has said Mashrou' Leila would not be authorised to perform again in the country.

The group has previously been banned from performing in the Jordanian capital. 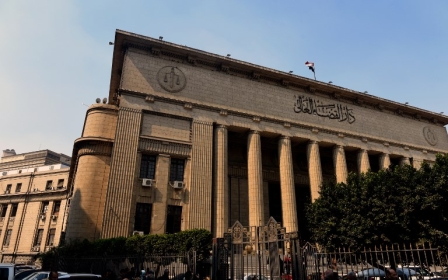 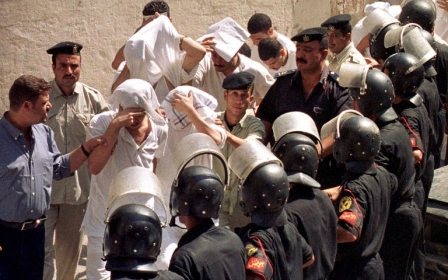