Egypt, which is criticised for lack of media freedom, accuses journalist of association with Al Jazeera 'plot' 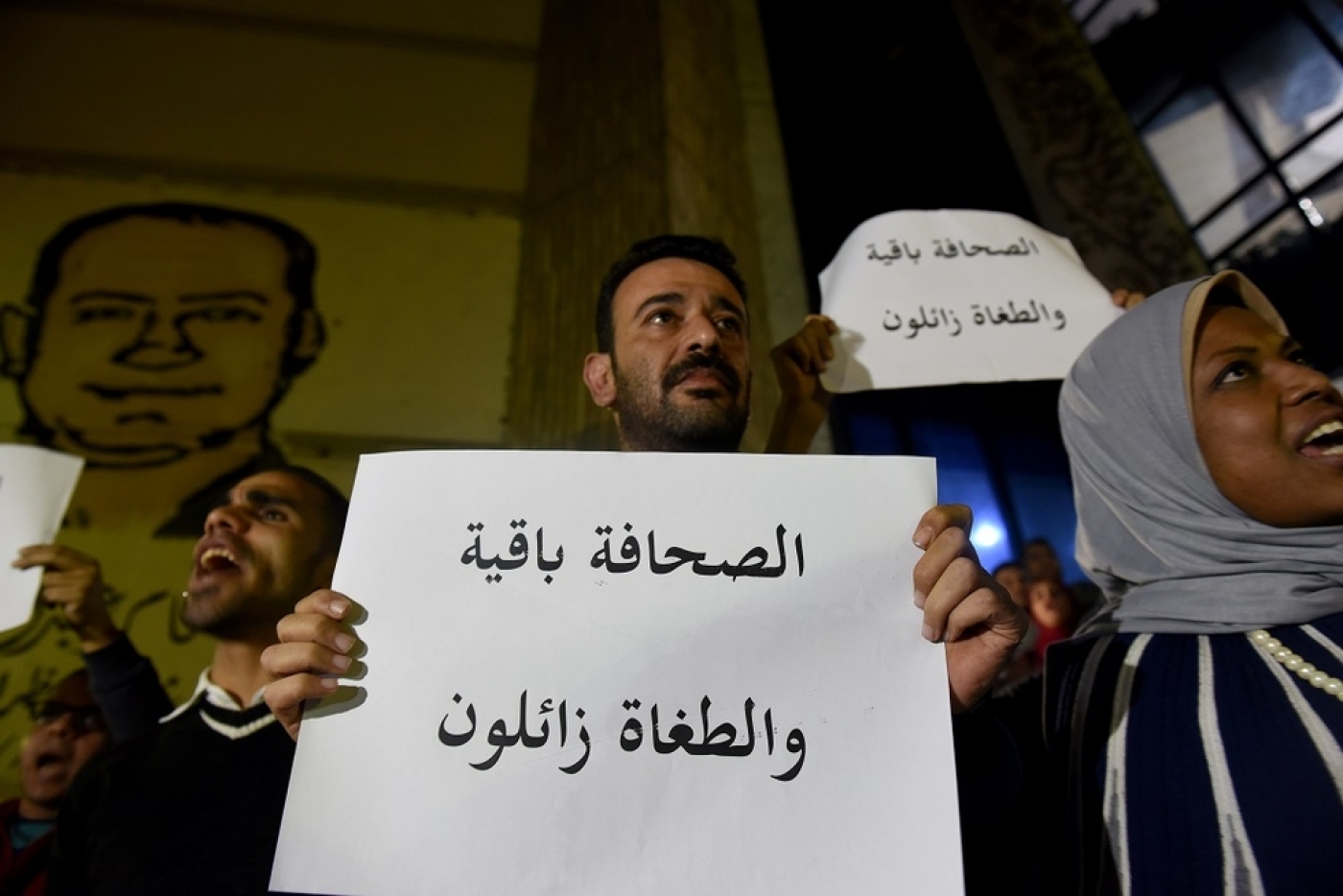 'Journalism is staying and tyrants are in decline', reads sign during protest in Cairo last year (AFP)
By
MEE and agencies

Egyptian prosecutors on Wednesday extended the detention of an Al Jazeera journalist accused of incitement and fabricating news for another 15 days, officials said.

Mahmoud Hussein, 51, an Egyptian national, flew to Cairo two weeks ago for a family holiday, where he was stopped and interrogated at the airport for several hours before being released.

Police then raided his Cairo home on 23 December and arrested him. After being questioned again, he was ordered detained.

It was the latest move against the Qatar-based broadcaster that Egypt accuses of supporting the outlawed Muslim Brotherhood of former president Mohamed Morsi.

The interior ministry said Hussein was implicated in an Al Jazeera "plot" aimed at "fomenting discord and inciting against state institutions... and broadcasting false news as well as fabricated news reports and documentaries".

In November, Al Jazeera broadcast a documentary called "The Soldiers" in which former conscripts spoke about the problems of compulsory military service in Egypt.

Three Al Jazeera journalists were arrested in Egypt in December 2013 and sentenced to between seven and 10 years in prison on charges that included "spreading lies to help a terrorist organisation". One was eventually deported and the two others were freed in 2015.

Human rights organisations and the New York-based Committee to Protect Journalists have repeatedly criticised the lack of media freedom in Egypt, which in 2015 jailed the second-highest number of journalists in the world, according to the CPJ.

Last month, Egypt established a regulatory media council, giving it the power to revoke or suspend the right to publish or broadcast. 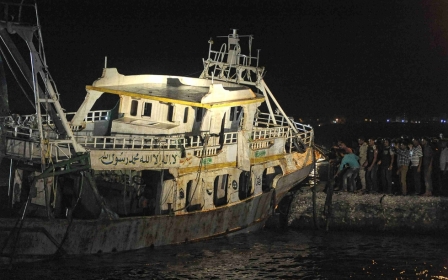 Migration
'They started to die together’: Can Egypt protect migrants in 2017?