Offensive launched in February has left up to 420,000 residents in four northeastern cities in urgent need of humanitarian aid 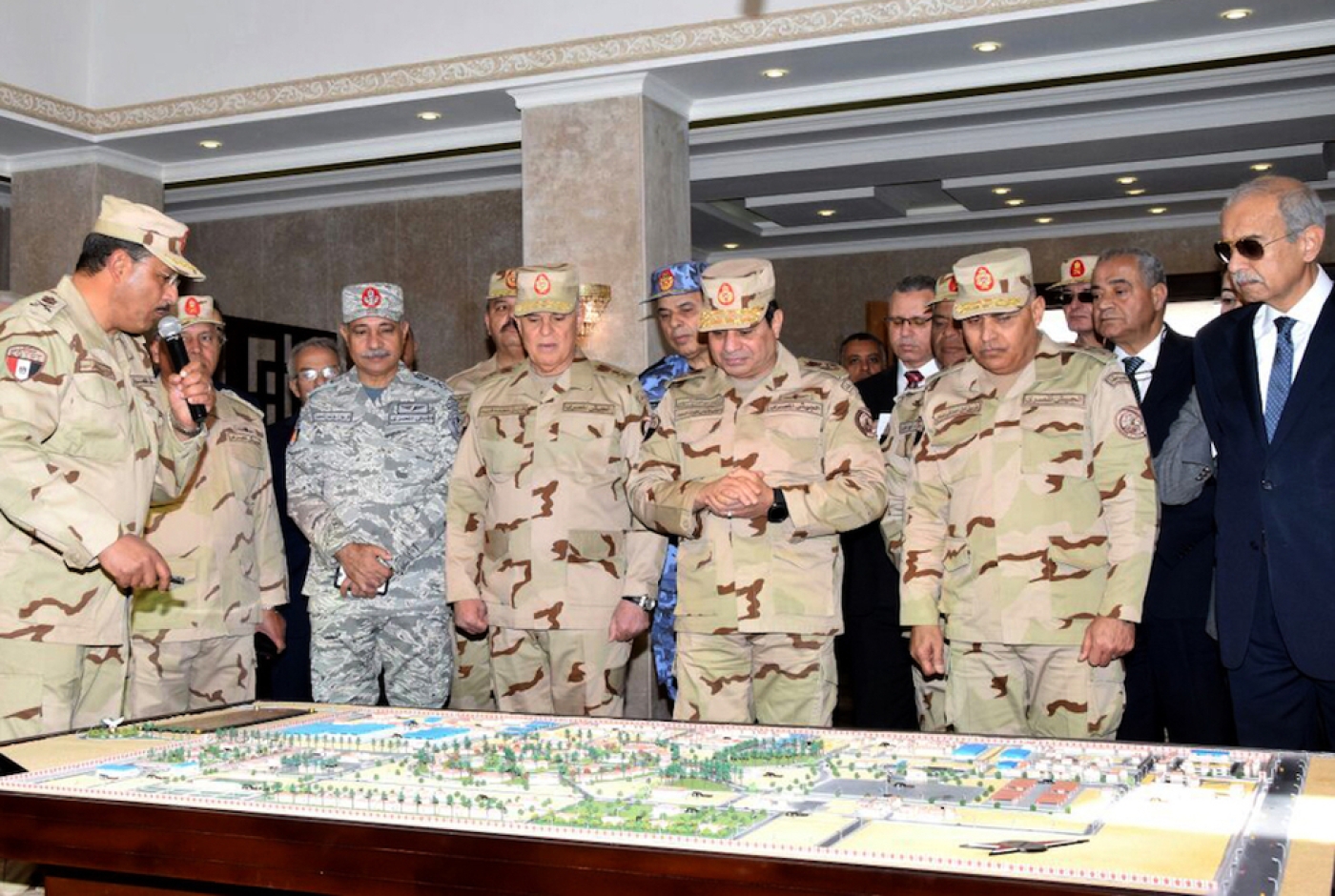 Egyptian President Abdel Fattah al-Sisi, right, visits the HQ of the eastern forces of the Suez Canal in the Sinai in February 2018 (AFP)
By
MEE and agencies

Egypt's military operations against an affiliate of the Islamic State group in North Sinai is threatening to spark a humanitarian crisis, Human Rights Watch said on Monday.

The offensive launched on 9 February "has left up to 420,000 residents in four northeastern cities in urgent need of humanitarian aid," said the New York-based organisation.

The campaign "has included imposing severe restrictions on the movement of people and goods in almost all of" North Sinai, HRW said in a report.

The authorities conducting the campaign, dubbed "Sinai 2018", have also banned the sale of gasoline for cars in the area "and cut telecommunication services for several days at a time," the report said.

Human Rights Watch also said authorities had "cut water and electricity almost entirely in the most eastern areas of North Sinai, including Rafah and Sheikh Zuwayed."

"A counterterrorism operation that imperils the flow of essential goods to hundreds of thousands of civilians is unlawful and unlikely to stem violence," said Sarah Leah Whitson, the organisation's Middle East and North Africa director.

"The Egyptian army's actions border on collective punishment," she added.

Since the launch of the offensive, the military has distributed images of forces providing humanitarian assistance to people living in the area.

According to the military, residents support the campaign and many have come forward with useful information to help the authorities neutralise the militants.

Security forces have stepped up efforts to quell attacks by an Egyptian militant group that later declared allegiance to IS. Attacks increased following the overthrow of Islamist president Mohamed Morsi in 2013.

The group has killed hundreds of soldiers, policemen and civilians, mainly in its North Sinai stronghold but also elsewhere in Egypt.

More than 100 militants and at least 30 soldiers have been killed in the ongoing operation, according to army figures.