Despite the availability of free jabs, many vaccine sceptics choose to bribe government employees to produce fake proof of immunisation 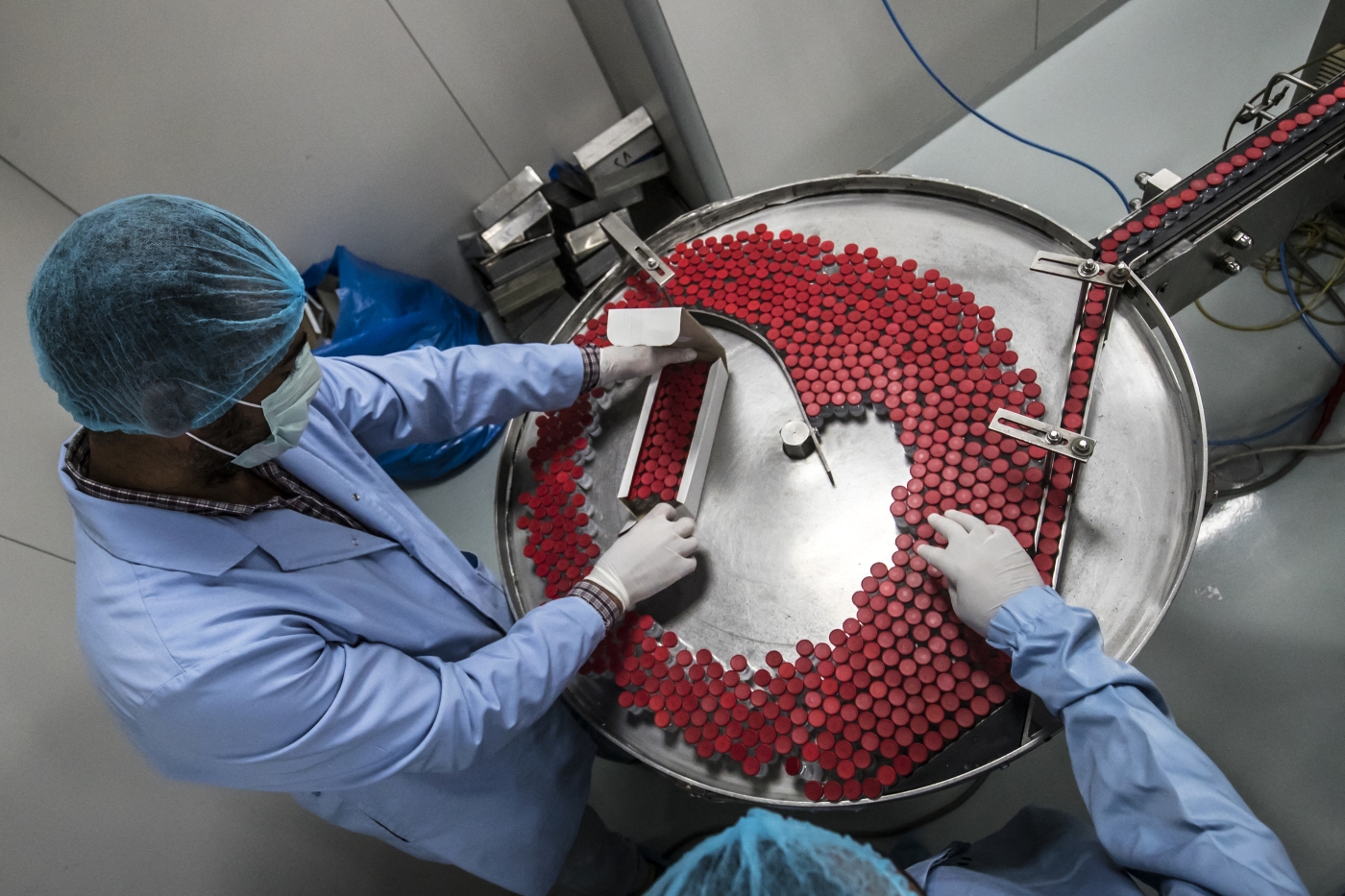 Laboratory workers supervise the production of vials of China's Sinovac vaccine against the coronavirus, produced by the Egyptian company VACSERA, in the capital Cairo, on 1 September 2021 (AFP)
By
MEE correspondent
in
Cairo

On 26 December, Egypt’s health ministry announced that Covid-19 vaccinations were mandatory for over-18s, imposing one of the strictest vaccine mandates in the world on its population.

Earlier that month, Egypt imposed a ban on all non-vaccinated people from entering public, governmental and educational institutions (including buildings such as the ministries, courts, civil registration offices and universities) in a further push to get the public immunised and stop the spread of coronavirus.

Still there are those who are willing to bypass these laws and Middle East Eye has identified a growing number of health officials willing to provide Covid-19 vaccine certificates for cash for those reluctant to get vaccinated.

'These people pay money to remain vulnerable to the serious complications of Covid-19,'

Ahmed’s son, a lawyer by profession, needed the proof of vaccination to enter the courts and attend trials.

Her daughter, a business administration student, needed the same proof to attend her classes at Cairo University.

By the time Ahmed contacted the health ministry employee, she discovered that he had increased the fee for issuing the proof of vaccination by three-fold.

"I had to pay to get a certificate proving that my son and my daughter had received their two jabs of the vaccine," Ahmed told Middle East Eye.

"I had no other choice, given their hesitation to get immunised," she added.

Many of those who are desperate to obtain fake vaccination certificates have been swayed by Covid-19 vaccination misinformation and conspiracy theories on social media.

Health specialists warn that the vaccine hesitant and those who fake vaccination certificates are putting themselves and others in danger.

"Those who fake the certificates deceive themselves and put their lives in danger," leading pulmonologist, Rushdi Youssef, told MEE. "These people pay money to remain vulnerable to the serious complications of Covid-19."

Egypt, home to more than 100 million people, has recorded 22,123 deaths and 398,879 infections with Covid-19 in the latest figures published on Saturday and the government is determined to stop the spread of the more contagious Omicron variant. According to some studies, Egypt's registered cases and deaths are seriously underestimating the real toll of Covid in the country.

According to the health ministry, 55 million people received a Covid-19 vaccine dose in Egypt as of 29 December 2021, which includes 21 million who had been fully vaccinated. Given the prevalence of the fake certificates, however, such statistics remain hard to verify.

The issue of fake vaccine certification has even reached parliament, with Egyptian Prime Minister, Mostafa Madbouly, criticising this behaviour during a cabinet meeting a few weeks ago.

The government, he said, invested a lot of money to purchase the vaccines and make them available.

"However, some people get fabricated certificates to prove that they had received the vaccines," the prime minister said.

The health ministry says it will deal “very firmly” with those who fake vaccination certificates.

He said the acting minister of health had given directives to the hospitals' security to tighten control over vaccine registration processes and refer violating employees to the prosecution.

On 16 December, acting health minister and minister of higher education, Khaled Abdel Ghaffar, said some people were referred to the prosecution for using fabricated proof of Covid-19 vaccination.

Using a fake vaccine certificate, the minister said, is a crime that would be met with severe penalties.

Those who want to get Covid-19 vaccines have to complete an online registration process on the health ministry's vaccination website.

The website then automatically sends text messages to those who have registered to notify them about the time and the place they would get the vaccine jabs. When vaccine applicants get the jabs, they are given a paper certificate proving their vaccination.

Those who get the certificates are registered in the health ministry's electronic vaccination system and appear in national statistics about those who had got their vaccine jabs.

The health ministry's administrative employee, who gave Ahmed proof of vaccination for her two children, registered them, according to Ahmed, on the electronic vaccination system as well.

Ayman Mustafa (not his real name), a civil servant in his mid-40s, obtained proof of Covid-19 immunisation too, despite not getting jabbed.

He wanted to get the proof to be allowed to enter his workplace.

However, to get the fabricated vaccination certificate, Mustafa had to pay 400 Egyptian pounds (about $25).

"I was lucky to pay that little," Mustafa told MEE. "I learned that the same man who gave me the certificate charges more money now."

'I was lucky to pay that little. I learned that the same man who gave me the certificate charges more money now,'

Local health authorities have been working hard to convince members of the public to get the vaccines, running advertisements on local television channels and posting materials on the health ministry's Facebook page about the importance of the vaccines for reducing Covid-19 complications.

Egypt offers the vaccines for free, having allocated hundreds of millions of dollars for the purchase of the necessary vaccines.

Hundreds of state-run clinics and hospitals offer the vaccines to people across Egypt.

The same clinics and hospitals have also started giving booster shots to those who had received their second doses of the vaccines six months ago.

Egypt hopes to raise the number of those immunised against Covid-19 to at least 70 percent of its population of 102 million in a few months. 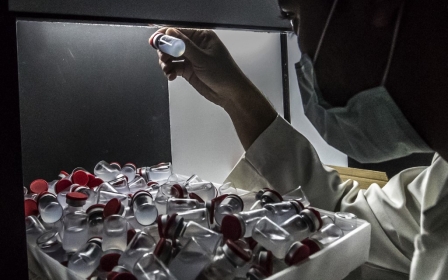