Supporters of the bill, recently approved by parliament, say it will contribute to achieving the government's development goals by diversifying finance sources 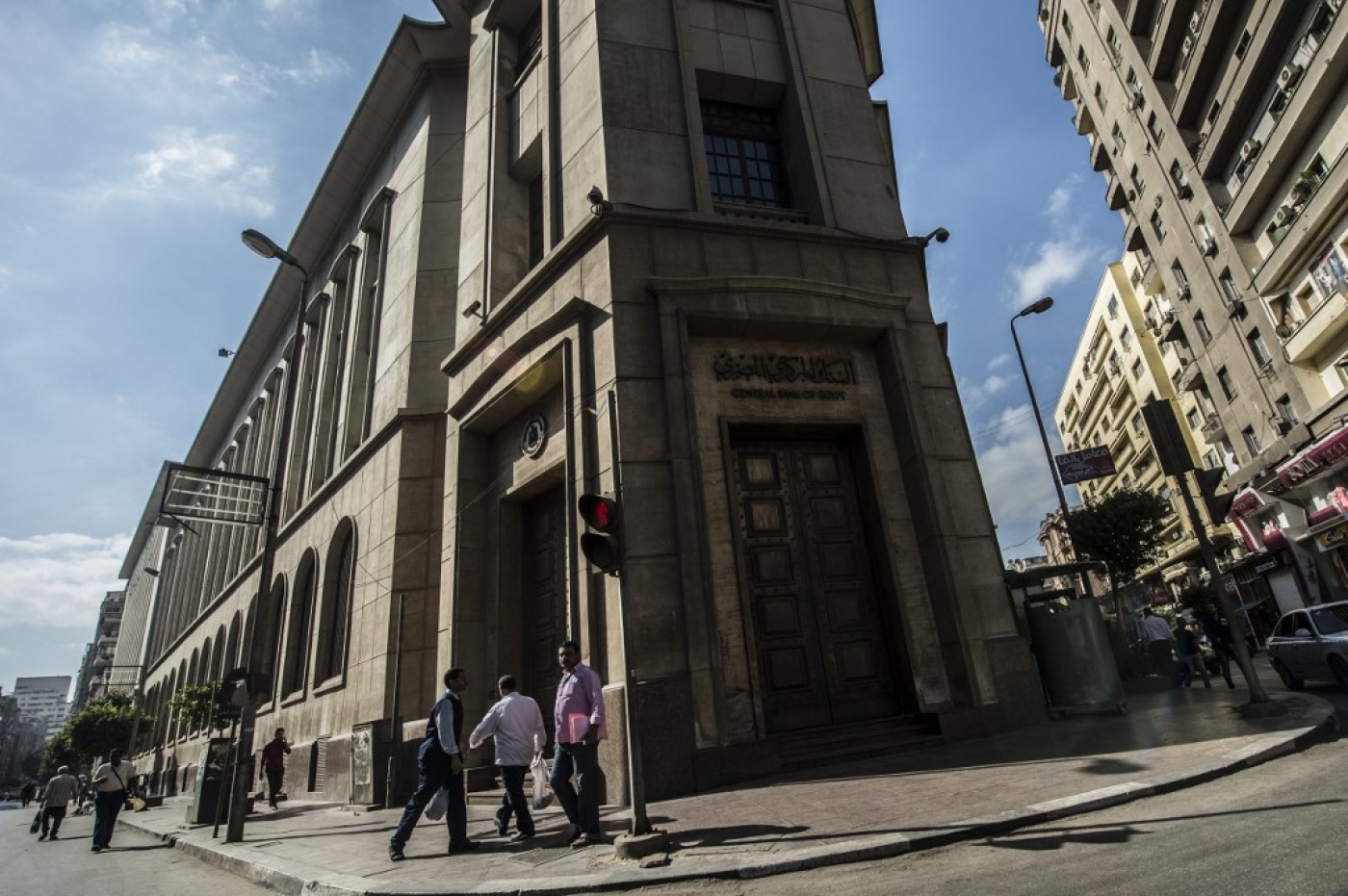 People walk past the Egyptian Central Bank in downtown Cairo on 3 November, 2016 (File photo/AFP)
By
MEE correspondent
in
Cairo

Egypt's planned issuance of Islamic sovereign bonds, widely known as Sukuk, has led to warnings from the nation's economists against a rising tide of foreign debt, even as the government says the move will help it increase spending on development.

Egypt's House of Representatives (lower chamber of parliament) approved on 6 June a bill introduced by the government earlier on the issuance of Islamic sovereign bonds.

The approval came almost 20 days after the Senate approved the same bill, which ushers in an era of Islamic financing in Egypt for the first time, a move aspired to since 2011 when Egypt emerged from a revolution that ended the 30-year autocracy of the late president Hosni Mubarak. The move aimed then to attract investors from the Arab Gulf and Southeast Asia to the Egyptian market.

Nonetheless, it has worried the nation's economists who express fears about the effects of the introduction of a new type of bond on the nation's foreign debts.

"The new Islamic sovereign bonds will eventually increase foreign debts and have consequences for the prices of services around the nation," Alia El Mahdi, an economics professor at Cairo University, told Middle East Eye.

Sukuk, the Arabic plural for "Sakk", are based on an underlying asset that generates income for investors, rather than a coupon rate for lenders. They are compatible with the Islamic religion, because they do not include "usury" which is banned in Islam.

The government has been striving to introduce new financing instruments to fuel Egypt's development and bridge the nation's widening budget deficit.

In the last seven years, the government sold billions of dollars in sovereign bonds in the international market, a process whose success was insured by the high interest rates of Egyptian bonds as well as by positive forecasts for the Egyptian economy.

The government attributes the success of the bond sale in the international market to investors' confidence and the promising conditions of the national economy.

Soon after the House of Representatives approved the Sukuk bill on 6 June, Minister of Finance Mohamed Maait predicted the government would issue the first tranche of Islamic bonds within days, amid expectations that it would issue $2bn worth.

- Hossam Zaki, member of the parliamentary Committee on Economic Affairs

The issuance of the bonds will contribute to achieving the financial, economic and development goals of the government by diversifying financing sources, a local newspaper quoted Maait as saying.

This, he added, would help the government increase spending to improve the living conditions of citizens.

The government, observers said, has hopes that the entry into the Islamic financing era would open the door for entry into the market of a new category of investors who seek investment opportunities that move hand in hand with Islamic sharia (law).

"The Islamic bonds will attract a new type of investors to Egypt's debt instruments," Hossam Zaki, a member of the parliamentary Committee on Economic Affairs, told MEE. "They will also open the door for the presence of long-term financing for development projects."

The Egyptian prime minister will soon issue a decree specifying the state assets that will go into the expected Islamic bond issuance.

A company will also be founded to act as an agent of the owners of the Islamic bonds.

Egypt's entry into Islamic financing complements other moves by the Arab country to fund its ongoing development projects costing the government tens of billions of dollars.

The projects include the construction of new cities, including a new capital in the desert, and new roads and implementing gigantic infrastructure projects nationwide.

Around five million people work in infrastructure and development projects being implemented in the different Egyptian provinces, according to the government.

The same projects are also keeping Egypt's contracting companies busy and the machines of its building materials' factories whirring.

Nonetheless, 7.3 percent of the national workforce of 27 million was unemployed in the third quarter of 2020 amidst the crisis caused by Covid-19. The unemployment rate was 9.6 percent in the previous quarter.

These huge development and infrastructure projects are implemented as Egypt moves ahead with its economic and structural reforms that have so far seen the government slashing electricity, water and fuel subsidies.

The government also liberalised the exchange rate of the Egyptian pound to eradicate a once-thriving foreign currency parallel market and reinstate investors' confidence in the Egyptian market. These economic reforms are putting the economy back on track and reflecting positively on economic indicators. On the ground, however, they are causing pains to tens of millions of Egyptians.

The liberalisation of the exchange rate of the pound caused it to lose almost half of its value to foreign currencies, causing commodity prices to shoot up.

The slashing of fuel subsidies also caused the cost of transport to rise and consequently impose higher costs across the economy, including the prices of food.

The slashing of water and electricity subsidies also caused the prices of these services to rise dramatically.

The IMF loan also proved to be the beginning of an unending borrowing process.

In 2014, Egypt's foreign debts were $48bn. Now, the debts are $125.3bn, including billions of dollars that came from international lending agencies and also the sale of dollar and euro bonds in the international market to finance Egypt's development.

Egypt's economists fear entry into Islamic financing will increase these debts even more.

"This is why the government is badly in need of finding new ways to attract investments and fund development," independent economist Gouda Abdel Khaliq told MEE.

'Using revenues from the sale of the bonds to bridge the budget deficit will be catastrophic. This means that we will be borrowing to repay our previous debts'

Egypt now allocates almost a third of its spending on the repayment of debts and debt servicing.

There are also fears that Egypt might resort to imposing more taxes to repay its debts as these debts grow.

Spending in the 2021-2022 budget, which has just been approved by parliament, amounts to $158bn. Out of this spending, around $63bn will come from taxes.

On June 7, Maait said revenues from the sale of Sukuk will – among other things – finance the budget deficit.

This adds to the fears of the nation's economists who say revenues from the sale of Islamic bonds will not be used in valuable investments that contribute to improving Egypt's economic standing or Egyptians' living conditions.

"Using revenues from the sale of the bonds to bridge the budget deficit will be catastrophic," Abdel Khaliq said. "This means that we will be borrowing to repay our previous debts."

Earlier this month, the government introduced legislative amendments that allow state institutions to issue their own sovereign bonds to generate money to implement expansion or upgrade plans.

Nevertheless, the same institutions may have to raise the prices of their services to repay their debts, which will mean more suffering to ordinary people, analysts said.

"This will negatively affect ordinary people and increase the prices of services even more," al-Mahdi said. 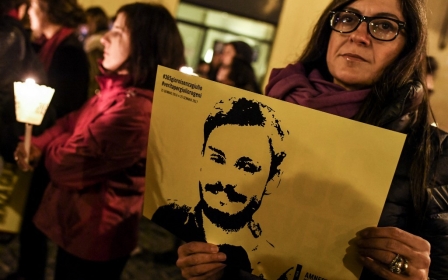 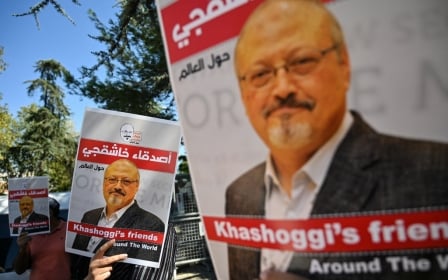