Former Prime Minister Ahmed Nazif was convicted in his retrial of having used his position to make a fortune of $8.2mn An Egyptian court sentenced a former prime minister who served under the ousted president Hosni Mubarak Wednesday to five years in prison for corruption and fined him millions of dollars.

Ahmed Nazif, whom Mubarak sidelined to appease protesters during the 2011 uprising that ended his rule, was convicted in his retrial of having used his position to make a fortune of $8.2mn.

Nazif had been accused of corrupt real estate deals and receiving illegal bonuses.

Mubarak and many of his former ministers were placed on trial following his overthrow amid popular demands to hold them accountable for years of corruption.

Many of the former regime figures, however, have been acquitted in retrials.

Mubarak and his two sons were sentenced to three years in prison in May this year for corruption, but they were cleared of other charges.

Egyptian online website Ahram reported at the time that the three had already been acting as free men.

In April, Ahram reported, Alaa and Gamal Mubarak made their first public appearance since their prison release, attending the funeral of the mother of journalist Mostafa Bakry, once a strong critic of their father's government.

Mubarak meanwhile appeared on Sada El-Balad private TV channel on 25 April to mark the 33rd anniversary of the final withdrawal of Israeli troops from the Sinai after a 15-year presence.

During the same interview, he called on Egyptians to “stand behind” President Abdel-Fattah al-Sisi as he has some “fateful decisions to be taken”. On his 87th birthday on 4 May, Mubarak also waved to dozens of his fans, who had reportedly gathered to chant and hold up his photos, from a window of Maadi military hospital.

According to Ahram, in early May photos likewise surfaced of Gamal Mubarak, along with his wife and daughter, on a family outing to Giza’s pyramids. 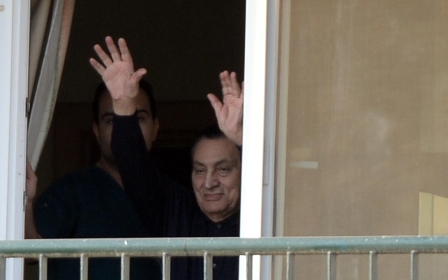 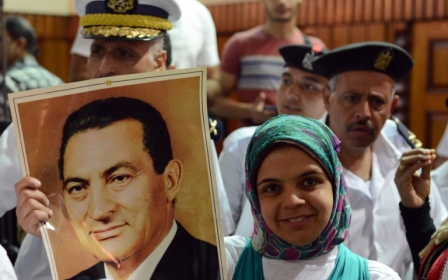