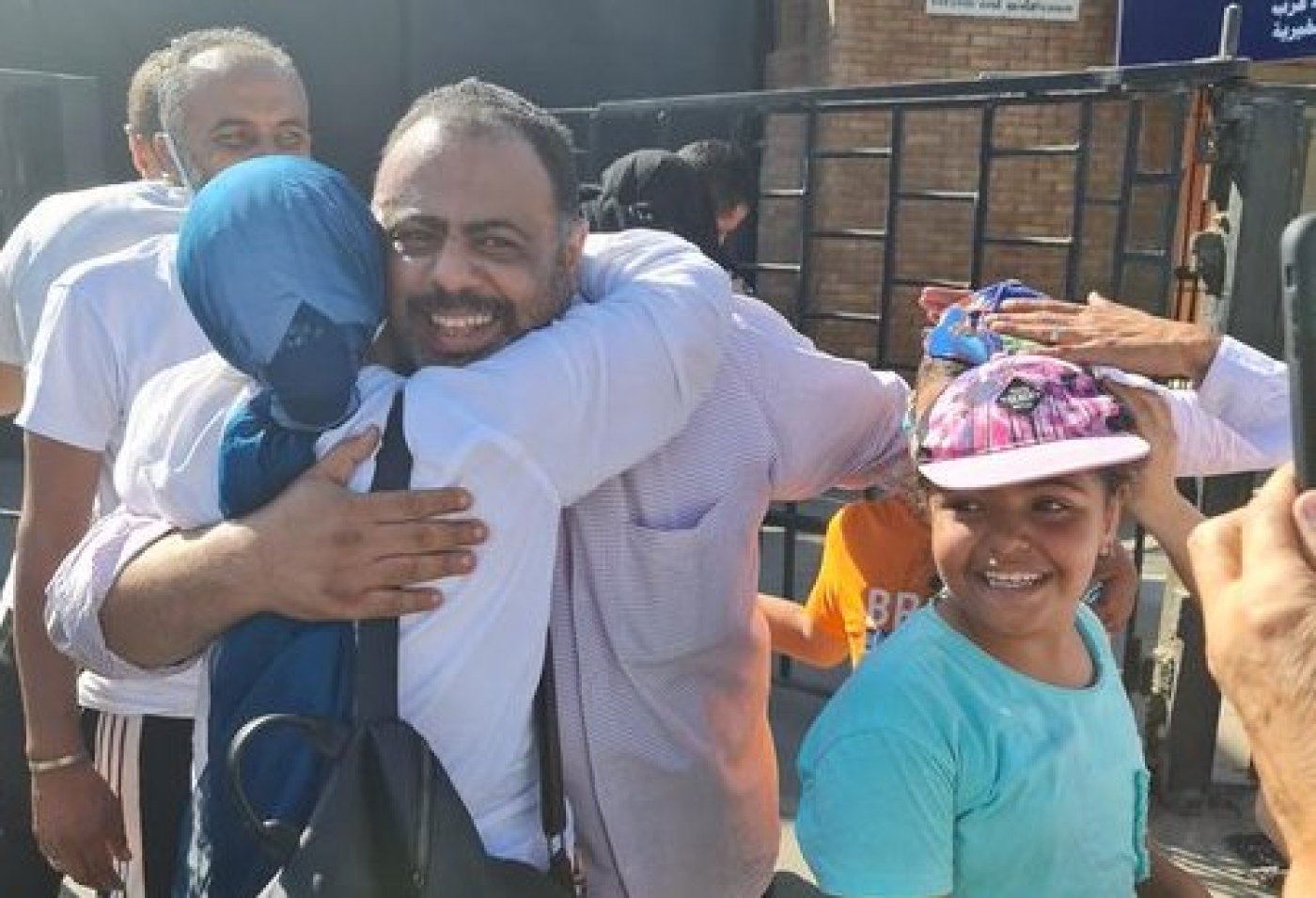 Lawyer Mohamed Ramadan received by his family after his release from prison on Monday, 25 July 2022 (Twitter)
By
MEE staff

Ramadan, 43, was detained in December 2018 days after he posted a picture of himself on Facebook wearing a reflective yellow vest, in reference to the French “gilets jaunes” anti-austerity protests.

He was initially charged with possessing five yellow vests with the intention of holding anti-government protests similar to the French protests against the government of Emmanuel Macron.

Ramadan, also known as Abu Beibers, denied the charges at the time. His lawyer Mohamed Hafez also said that his client did not possess any yellow vests. But even if he did, Egyptian law does not criminalise the possession of yellow vests.

According to the Association of Freedom of Thought and Expression (AFTE), Ramadan ended his first pre-trial detention period in 2020 but was then charged with “spreading false news” and had to spend two more years in prison pending investigations.

AFTE says Ramadan had suffered from several health conditions before his detention and that his health deteriorated in jail due to the lack of proper health care.

The release comes days after Macron received his Egyptian counterpart Abdel Fattah el-Sisi in Paris, where they discussed bilateral issues and also "addressed the issue of human rights", according to Macron’s office.

Human Rights Watch has accused the Sisi government of overseeing one of the worst human rights crises in the country's modern history, with tens of thousands of Sisi critics jailed for indefinite periods without trial and many tortured in police custody, with near or total impunity for those responsible.

The Geneva-based Committee for Justice has said it documented 1,163 deaths inside detention centres in Egypt since Sisi came to power nine years ago, most of them due to medical negligence and mistreatment.

President Sisi has repeatedly denied that his country holds any political prisoners. But his administration has recently launched an initiative to pardon prisoners detained in connection with political cases. 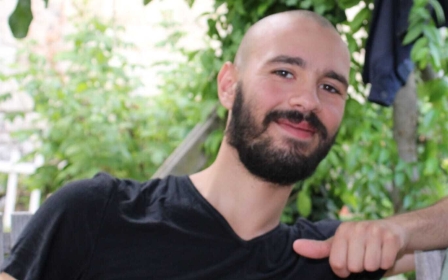 Inside Egypt
Egyptians want unlimited internet. Their government thinks they will steal it