Egyptian media reported on Sunday that Allam's visit came following an official invitation from the UK parliament, and he was expected to meet with senior UK officials during his stay, including Khan.

Egyptian media also published footage of a small motorcade escorting Allam while he was in London.

However, a spokesperson for Khan told Middle East Eye on Wednesday that the mayor "never agreed to meet with him [Allam] and has no plans to do so".

According to the spokesperson, Allam's trip was planned at the invitation of the All-Party Parliamentary Group on Egypt (APPG). The APPG is an informal and cross-party group formed by MPs and members of the House of Lords to "strengthen relations between British and Egyptian parliamentarians".

The announcement comes less than a day after the House of Commons also rejected Egyptian media reports that Allam was invited to address parliament. 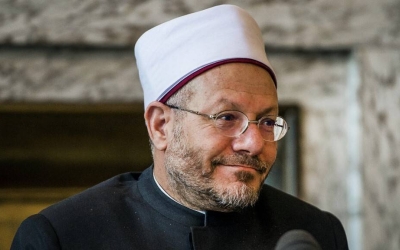 A post on the mufti's official Facebook page said on Tuesday that he had delivered a speech in parliament.

House of Commons media relations manager Hannah Olbison denied the reports, telling MEE that it had "no further information about the visit".

According to rights group Amnesty International, Allam has ratified hundreds of death sentences since his appointment as Egypt's grand mufti in 2013, the year that Abdel Fattah el-Sisi toppled the late President Mohamed Morsi in a military coup.

Since then, Egypt has been executing people at an unprecedented rate, making it the world's third-worst country in terms of the number of executions in 2020, according to Amnesty.

Morsi, affiliated with the Muslim Brotherhood, died while in custody in June 2019 in circumstances described by UN experts as "state-sanctioned arbitrary killing". Allam had ratified a death sentence against Morsi.

In a statement, the Muslim Association of Britain said it was "appalled" to learn of Allam's visit.

"This invitation is truly unacceptable. We have to assume that whoever has invited him to the UK simply doesn't know how many innocent deaths he has personally facilitated," said spokesperson Mustafa al-Dabbagh. "His invitations must be rescinded and he must not be welcomed in our institutions."

In Egypt, executions are carried out by hanging for civilians and firing squad for military personnel. When a court sentences a defendant to death, they are first given a preliminary sentence before their case is referred to the grand mufti, who issues an opinion.

Though non-binding, these opinions can be influential and the trial judge will consider them before confirming the sentence.

According to the rights group Reprieve, there have been at least 53 mass trials in Egypt since 2011, in which 2,182 people were sentenced to death. At least 17 children received preliminary death sentences during the same time period. 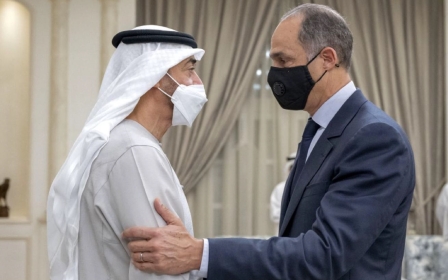