Egypt on Sunday completed a project to restore the 2,000-year-old catacombs of Kom el-Shoqafa in western Alexandria, which have been prone to groundwater leaks since they were discovered in the first decade of the 20th century.

The Kom al-Shoqafa location, considered by archaeologists to be the largest Greco-Roman burial site in Egypt, has been threatened by water since its discovery in 1900, AFP reported.

The catacombs are unique, mixing ancient Egyptian and Greco-Roman architectural styles. They were carved into the rock on three levels. The ground level was damaged by water from nearby farmland and a canal.

Antiquities Minister Khaled al-Anani told reporters at the site that the programme had helped "end a problem threatening the area for more than 100 years".

"The antiquity underwent many restoration projects, the most important of which was in the mid-90s, which was an ambitious project supervised by the Supreme Council of Antiquities," Anani said.

"But unfortunately, the water returned once again and complaints rolled in from parliamentarians, tour guides and archaeologists, which is what pushed us to act in cooperation with USAID."

Thomas Nichols, an engineer involved in the project, called it "a unique programme where we blended archaeology and civil engineering together".

Egypt has in recent years sought to promote archaeological discoveries across the country in a bid to revive tourism hit by the turmoil that followed its 2011 uprising and was further hampered by a spate of militant attacks that sometimes targeted visitors. 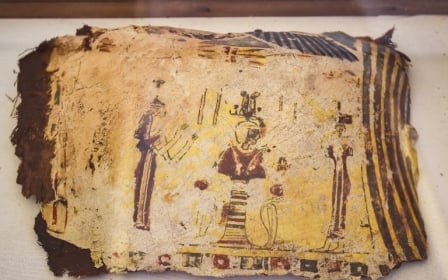