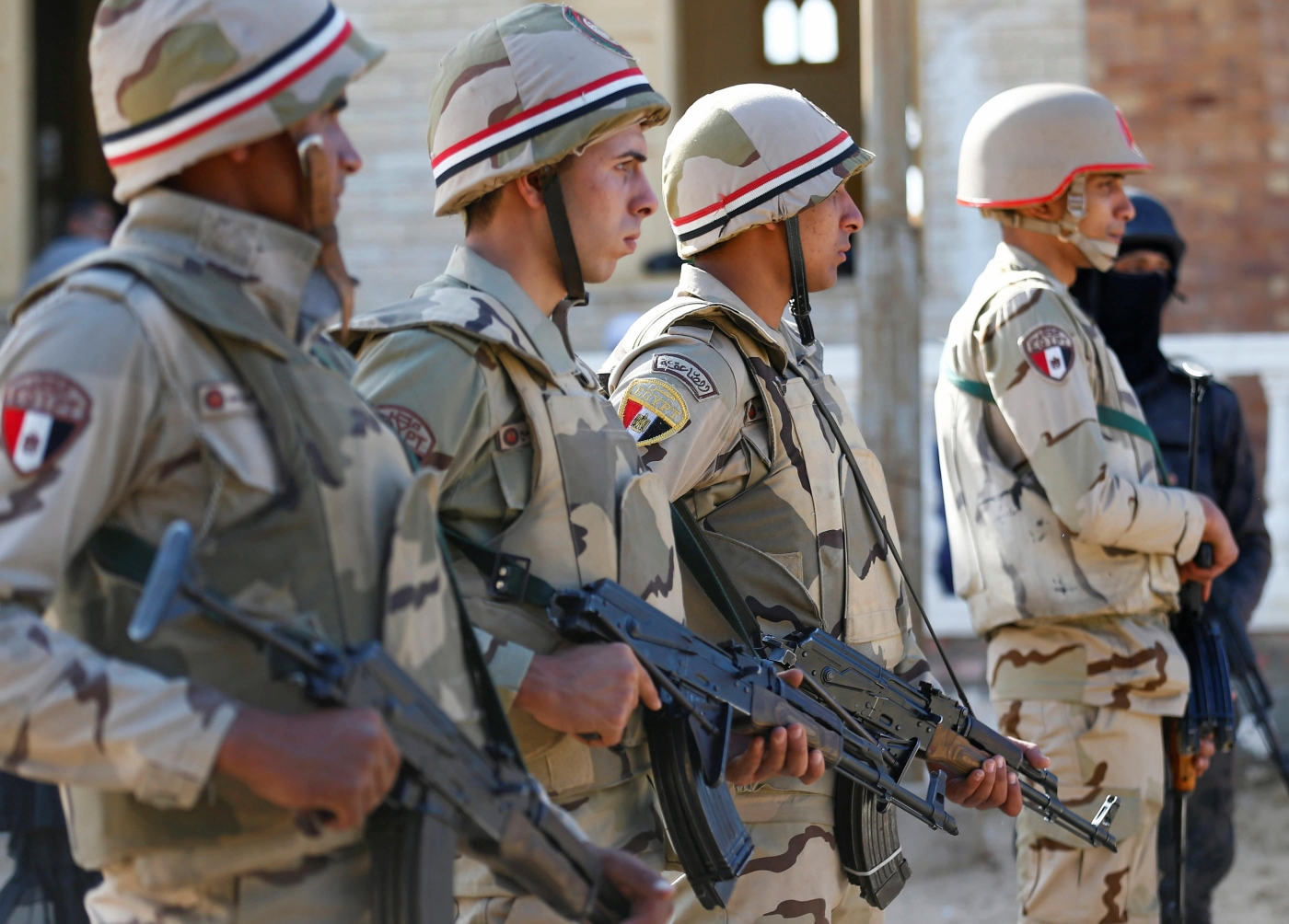 Egyptian security forces have been battling a hardened insurgency, spearheaded by a local IS affiliate, in the northeastern Sinai Peninsula since 2014 (Reuters/file photo)
By
MEE correspondent

Residents of Egypt's restive North Sinai are torn between the anguish of displacement and the threat of death posed by explosives left by Islamic State group (IS) militants who previously occupied their villages.

In July, residents of Qatiya, Iqtiya, Al-Ganayen and Merih in Beir el-Abd fled from their homes when militants affiliated with IS occupied the area in the aftermath of a foiled attack on an Egyptian army camp nearby.

Though the militants have since been forced from their villages, residents are terrified of landmines and booby traps left behind, not to mention the threat that IS may return and bring with them renewed air strikes by the Egyptian military.

'We don't feel safe anymore. We are facing either displacement, death by landmines, or IS occupation'

According to local sources, many are especially concerned about potential long-term displacement, similar to that suffered by the residents of the Sinai cities of Rafah and Sheikh Zuweid in 2014.

"IS militants are still roaming around the area. We are worried they will enter our village again," one resident from the village of Iqtiya told Middle East Eye, speaking on condition of anonymity.

"We don't feel safe anymore. We are facing either displacement, death by landmines, or IS occupation."

Bir al-Abd, situated about 80km west of North Sinai's capital, al-Arish, had been the site of several attacks claimed by IS, including the deadliest attack in modern Egyptian history in which more than 300 worshippers were gunned down in a mosque in 2017. 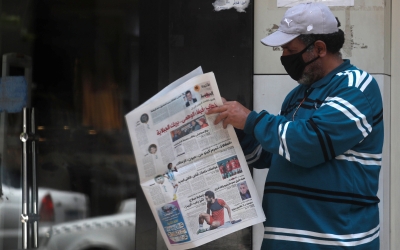 According to several official and local reports, since August, the army gradually has wrested the villages from IS control, but it delayed allowing those displaced to return.

The delay triggered rare protests demanding a safe return to their villages.

A few days later, the army allowed hundreds to return to Al-Ganayen, Iqtiya, Qatiya and Merih. But they were shocked to see the scale of damage to their homes as a result of the military's air strikes and clashes with the militants.

The jubilation of returning home was spoiled even further: since 10 October, fifteen civilians, including eleven women and three children, have been killed by explosives left in family homes.

According to a local source, the explosions were caused by booby traps left by militants before their withdrawal from the villages earlier this month.

The latest incident took place on Saturday, 24 October, when a landmine explosion killed five women from the same family and wounded five others in the village of Iqtiya, according to local sources.

Military personnel have also been killed by the explosives. In one blast on 14 October, an explosive device killed one resident, a senior officer and three soldiers during an attempt to dismantle it.

Almosallamani's husband, Anwar Eid Harb, was wounded in the explosion, according to the group.

'The incidents are largely due to negligence by the army. There is no mechanism in place to protect civilians'

On 10 October, Mona Amer and Mona Hamid Abdelrazeq, two women from a family in Aqatya, were killed by a bomb in their home.

In Al-Ganayen, a woman named Warda and her child, Heba Mahmoud Abu Sleim, were also killed by a booby trap.

In the village of Merih, Kamal Mohamed Salamah died during the detonation of an explosive device.

Meanwhile, Hager Mahmoud Othman, a child from the village of Rabia, was seriously wounded by an explosive device while playing near her home on Tuesday.

A 12-year-old child, Eid Mohamed Al-Qalgy, died on Friday due to the same reason in Iqtiya village.

Edited translation: "Casualties resulting from battles in Beir al-Abd continue. Yesterday, Hager Mahmoud Othman, a child from Rabia village, was injured by an unknown explosive device while she was playing next to her home."

A We Record spokesperson accused the Egyptian armed forces of negligence for failing to clear the homes of explosives before allowing residents to return.

"The incidents are largely due to negligence by the army. There is no mechanism in place to protect civilians," he told MEE.

Ahmet Attar, an Egyptian human rights researcher, said the residents were victims of the army's incompetence.

"The army should have secured and purged the area of IS and mines they planted during their battles with the army," he told MEE. "What happened is a humanitarian tragedy.

"If IS are responsible for the mines, where is the role of the armed forces in clearing every inch of the area from the booby traps?"

In addition to the war raging between the Egyptian army and militants, thousands of North Sinai residents have been forcibly displaced since 2014, after the army began to establish a buffer zone in the border town of Rafah, adjacent to the Gaza Strip, and Sheikh Zuweid.

Residents of the nearby city of Al-Arish were similarly forced from their homes when the army embarked on airport and seaport expansion projects.

A 2016 decree issued by President Abdel Fattah el-Sisi to develop and expand the port of Al-Arish led to the annexation of 150 hectares of land around the port, displacing those who lived there. The decree, which came into effect last year, also required the expropriation of two kilometres along the international road for the armed forces.

The decision led to the evacuation of homes, and ultimately the elimination of villages located along the road.

The combination of the army's clashes with IS and other military operations have turned most areas of North Sinai into ghost towns, according to satellite images published last year by MEE, comparing the area before and after operations.

Masaad Abu Fajr, an activist from North Sinai, said the situation in Beir el-Abd was part of "a displacement tactic" by Sisi's government.

"My family and I have been victims of the same policy in Rafah," he told MEE.

"The army wants to send a message to the locals: you will either die by landmines or you will be occupied by IS." 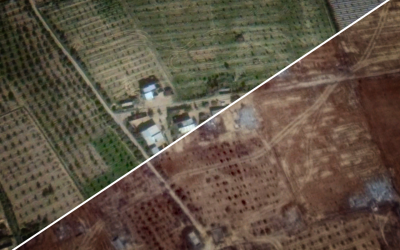 Egypt's army has struggled to eradicate militants, spearheaded by the local IS affiliate, over recent years. In fact, the insurgency only grew following the 2013 military coup that put Sisi in power promising security.

Since February 2018, Egypt's security and armed forces have pursued a nationwide operation to clamp down on militant groups.

Nearly 1,000 suspected militants have been killed in North Sinai since then, along with scores of security personnel, according to official figures.

The militants have launched attacks on tourists, security forces and houses of worship, while the Egyptian armed forces have been accused of committing war crimes against civilians in the area.

In June, Egypt's Council for Media Regulation announced a ban on media reporting on the fighting in Sinai. 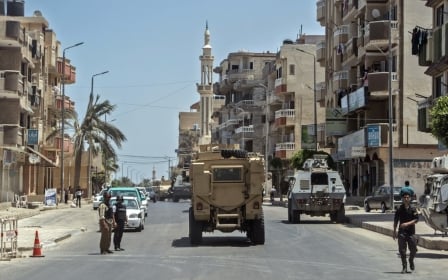 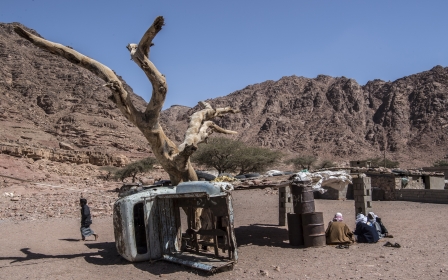