In a teary video posted on her Instagram feed on Tuesday, Emad implored her followers and the media to respect her privacy and feelings (Screengrab/AFP)
By
Nadda Osman

Renad Emad, a popular Egyptian TikTok influencer, was sentenced to three years in prison on Tuesday by a Cairo economic court.

The sentence, which was for "violating societal values and posting indecent content", also came with a fine of 100,000 Egyptian pounds (around $6,000).

According to local media, the prosecution also accused Emad of violating societal values, as well as "human trafficking", for exploiting individuals in order to increase the number of viewers to her videos online, though it was unclear exactly what they were referring to.

Emad, who has over 600,000 followers on Instagram and over 1.2 million on TikTok, regularly updates her followers with fashion and lifestyle-related posts as well as lip-syncing videos and skits. The prosecution has released Emad, pending further investigations, after which she will be referred to a criminal trial until a verdict is issued against her.

In a teary video posted on her Instagram feed on Tuesday, Emad implored her followers and the media to respect her privacy and feelings.

“Please everyone, if you see any news related to me, don’t send me the articles because it affects me and my mental health. I have studies, a future, which I need to think about. I have four sisters, and we get enough abuse. Have mercy on me,” she said.

“I have no more patience… I can’t deal with any more pressure or I will end up doing something to myself I don’t want to do,” she added.

Emad also said that her lawyer was "dealing with" the case against her.

Her sentencing on Tuesday is part of an ongoing crackdown by the Ministry of Interior on influencers publishing content deemed inappropriate on social media platforms.

Last year, Emad was arrested for four days over charges of publishing indecent content and videos on TikTok.

A number of journalists and human rights experts have previously condemned Egypt’s cybercrime laws, which many believe are used to unfairly target working-class women.

Not only can authorities use them to imprison and fine people for content posted online deemed to be inconsistent with family principles or the values of Egyptian society, but the law also allows any social media accounts with more than 5,000 followers to be monitored.

"They talk about acts which undermine family values, but the law does not define what these acts are, so citizens do not know when they are violating the law," he said.

"The punishments for these acts are also extremely disproportionate. It can be up to five years in prison, or sometimes more, with large fines.” 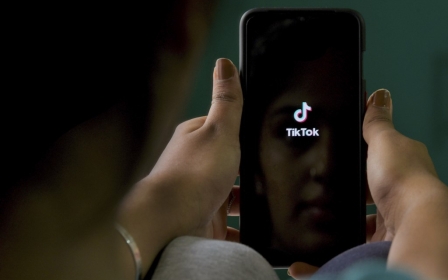 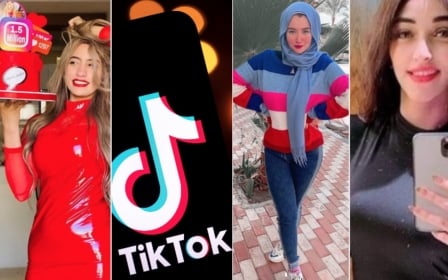