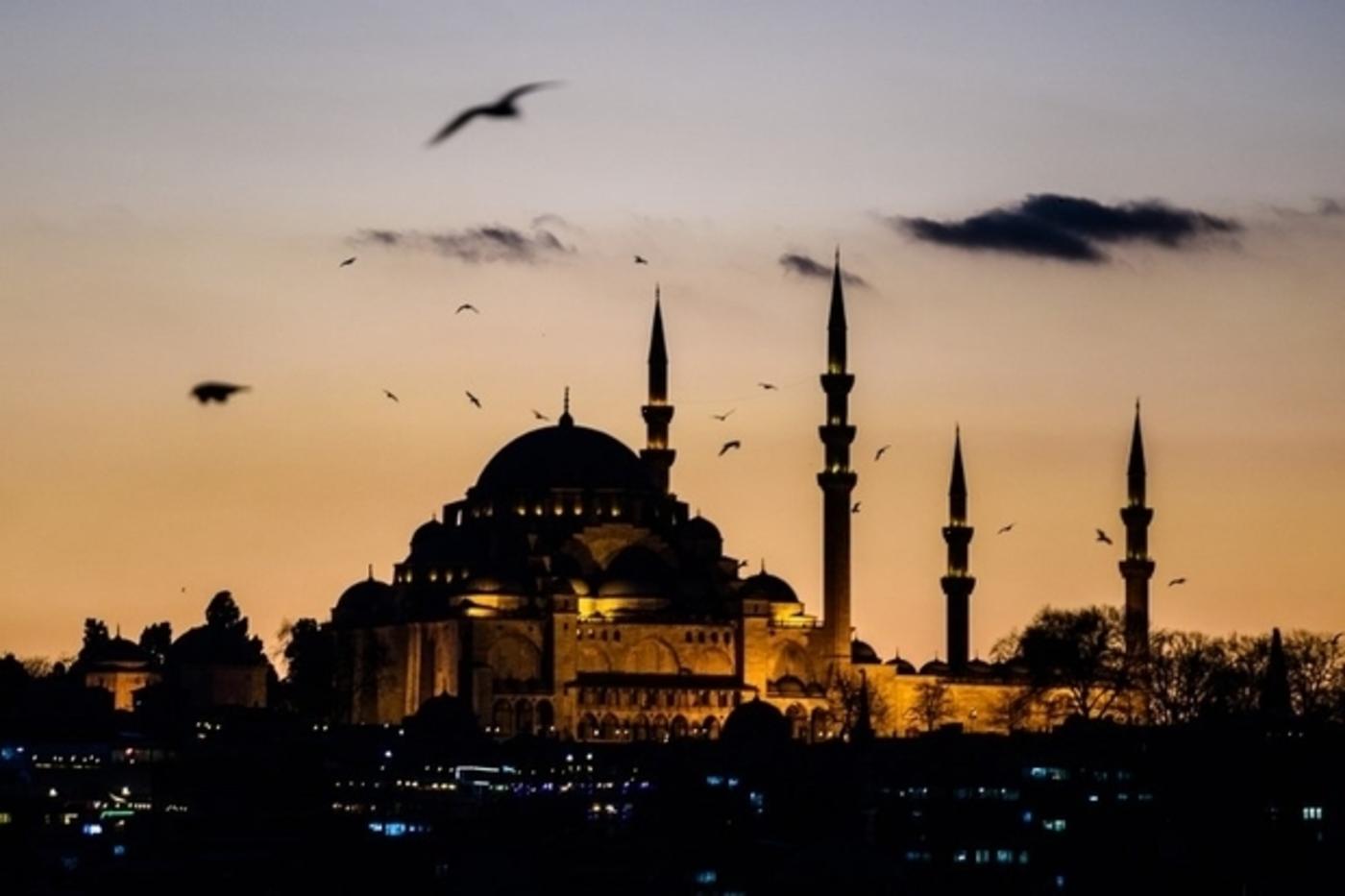 Following the talks in Istanbul, Fatah and Hamas agreed to present a joint vision on legislative and presidential elections to be held in the West Bank, Gaza and Jerusalem within six months (Reuters)
By
Adam Khalil
in
Gaza City

An agreement between Palestinian factions for a further meeting and the setting of a date for elections has stalled, with fears that anger from Cairo over Turkey's sponsorship of the reconciliation process among rival parties has led to the delays.

Egypt's dissatisfaction with Fatah and Hamas over their decision to hold bilateral meetings towards reconciliation in Istanbul under Turkish sponsorship has delayed the setting of a date for a subsequent meeting of the Palestinian factions' leaders.

Conscious of Cairo's anger at Ankara's influence over the talks, Palestinian Authority President Mahmoud Abbas has delayed issuing a presidential decree setting the date for elections, a major step that was agreed upon between the two movements in Istanbul on 24 September.

At that meeting, the two factions agreed to refer what they had agreed upon to a leadership meeting bringing together the secretary-generals of the two sides, preceded by Abbas announcing the date of the elections to be held within six months. 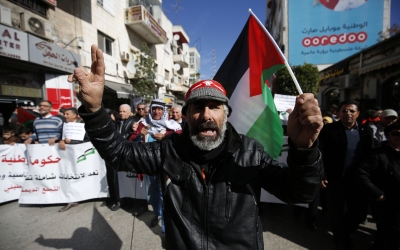 The fact that this has not happened has once again raised questions about pressures being exerted on the protagonists from both regional and wider international parties.

Egypt, which has been the main mediator and traditional host of Palestinian reconciliation talks between Fatah and Hamas since their breach in 2007, has not issued any official negative response to the results of the Istanbul meeting.

But the reality of the situation indicates that Turkey’s involvement in the reconciliation, Qatar’s increasing influence in Gaza, and the issues of a ceasefire and the exchange of prisoners between Hamas and Israel, does not satisfy Egypt, which considers such moves as violations of its historical role in the Palestinian cause.

Egypt's relationship with Turkey became strained in 2013, after the Egyptian army overthrew the democratically elected President Mohamed Morsi, who was affiliated with the Muslim Brotherhood.

Turkish President Recep Tayyip Erdogan described the move as a coup, and Abdel Fattah el-Sisi, who led the operation and later became president, as a "tyrant".

An Egyptian journalist close to the government's decision-making circles, who preferred to remain anonymous, confirmed to Middle East Eye that Cairo did not publicly declare its dissatisfaction with the talks in Turkey, but informed Jibril Rajoub, a Fatah Central Committee member and the head of its delegation in Istanbul, of its "annoyance" about the meeting.

The journalist believes that the Egyptian position is based on the successive actions of the Palestinian Authority leadership, towards whom Cairo's anger was more strongly directed compared to Hamas, as the relationship with Hamas was based on "security interests" only.

“Egypt sees in the Istanbul meeting, which came at the official request of President Abbas during a telephone conversation with Erdogan, and before that the meeting of the secretaries of the factions in Beirut, along with the tangible rapprochement in the PA’s relationship with Qatar, as indicating a new 'official direction' by the PA to reformulate its relationship with the region’s axes as a response to the rapprochement between the Gulf states and Israel,” he told MEE.

Until now, Rajoub has always denied the reported anger of Egypt, saying in a statement: "No one has told us that Egypt is angry because of our dialogue in Turkey."

However, in his most recent statement, he implicitly acknowledged Egypt's anger, saying in an interview with a local radio station in Gaza: "We went to all those who blamed us and explained the situation to them and the matter was bypassed."

Rajoub also stressed the continuing existence of Egypt's approval "to host the Palestinian dialogues, in continuation of previous efforts aimed at ending the division and restoring national unity".

However, he did not specify a date for the resumption of any dialogue.

Abdullah Abdullah, a member of the Revolutionary Council of Fatah, said that Egypt's enthusiasm to sponsor the Palestinian national dialogue had clearly "dimmed" recently, and that this had increased following the PA’s angry stance over the United Arab Emirates and Bahrain's normalisation deals with Israel.

"Egypt has its calculations that determine its policies, but we as Palestinians are interested in good relations with everyone, and we refuse to align with the axes of the region," Abdullah told MEE.

Hamas’s Haniyeh: ‘No mercy’ for Arab states who betray Palestinian cause
Read More »

Egypt was the first to welcome the normalisation accords, despite the PA describing them as a "stab in the back".

Hussam al-Dajani, a professor of political science at the Ummah University in Gaza, believes that Egypt's welcoming of the move, along with the failure of the Arab League and its president, the former Egyptian foreign minister Ahmed Aboul Gheit, to take up a draft Palestinian resolution condemning normalisation, angered the PA to such an extent that it agreed to the Beirut and Istanbul meetings in order to deliver a "protest message" to Cairo.

Dajani told MEE that Fatah and Hamas, no matter how angry they are about Egyptian policies, cannot dispense with Cairo's role, just as Egypt cannot completely abandon its role in the Palestinian issue in favour of its Turkish and Qatari rivals, and that Egypt's anger will have "limits".

Egypt's pro-government media took the "green light" from Cairo by launching attacks on Hamas and resuming previous accusations of terrorism against the movement and its alleged interference in Egyptian affairs for the benefit of the Muslim Brotherhood.

Dajani said the media incitement was a "message" to the Palestinian parties that Cairo was angry at the transfer of the dialogue and reconciliation to other capitals after many years of exclusive Egyptian sponsorship.

'Egypt can never be ignored'

Since 2009, Cairo has brokered five reconciliation agreements between Fatah and Hamas, none of which have been translated into action on the ground, in addition to its sponsorship and hosting of several rounds of bilateral or factional dialogues.

A source in a major Palestinian faction, who preferred to remain anonymous, told MEE that Cairo’s anger at Hamas also included what it believes was the “pulling of the rug” from under its feet regarding mediation in the ceasefire and exchange of prisoners with Israel, and for giving “more space” to Qatar. 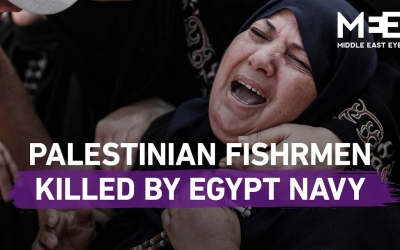 Unilateral Qatari mediation succeeded in the latest truce agreement between Hamas and Israel, a few days after an Egyptian security delegation failed in its usual mission during a visit to Gaza.

Hossam Badran, a member of Hamas' political bureau, did not want to delve into the details of the faction's current relationship with Egypt, but told MEE: "We believe in Hamas, as do all the Palestinian parties, in the importance of Egypt and its role in the Palestinian file and achieving reconciliation, and we also welcome any effort by any party in this direction. It supports our national march."

However, observers believe that the delay in holding the meeting of the Palestinian factions' secretary-generals is related to the Palestinian leadership having not received official Egyptian approval to host the talks in Cairo.

An official source in a Palestinian leftist faction told MEE that Egypt refuses to "reduce" its role from sponsoring to mere hosting, and also wants "we as Palestinians to agree first," criticising what he described as the "slowdown" in implementing the outcome of the meeting of secretary-generals in Beirut.

Musa Abu Marzuq, a member of Hamas' political bureau, said during his recent visit to Russia that Moscow was also ready to host the meeting.

Once the date and location is determined, the secretary-generals will discuss the holding of legislative elections 14 years after the last polls in which Hamas won a majority, before its differences with Fatah toppled into bloody fighting that ultimately led to its full control over the enclave in 2007.

Thabet al-Amor, a political analyst close to the Islamic Jihad, ruled out holding the meeting in any capital other than Cairo.

"Egypt can never be ignored, and all Palestinians are keen on the Egyptian presence to continue," Amor told MEE. Occupation
Hamas’s Haniyeh: ‘No mercy’ for Arab states who betray Palestinian cause 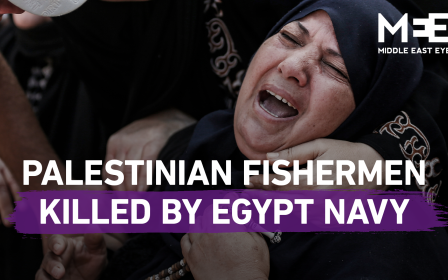