Sharm el-Sheikh summit intends to forge a coalition, which would include Jordan, Saudi Arabia and Turkey, to send an important message to Washington 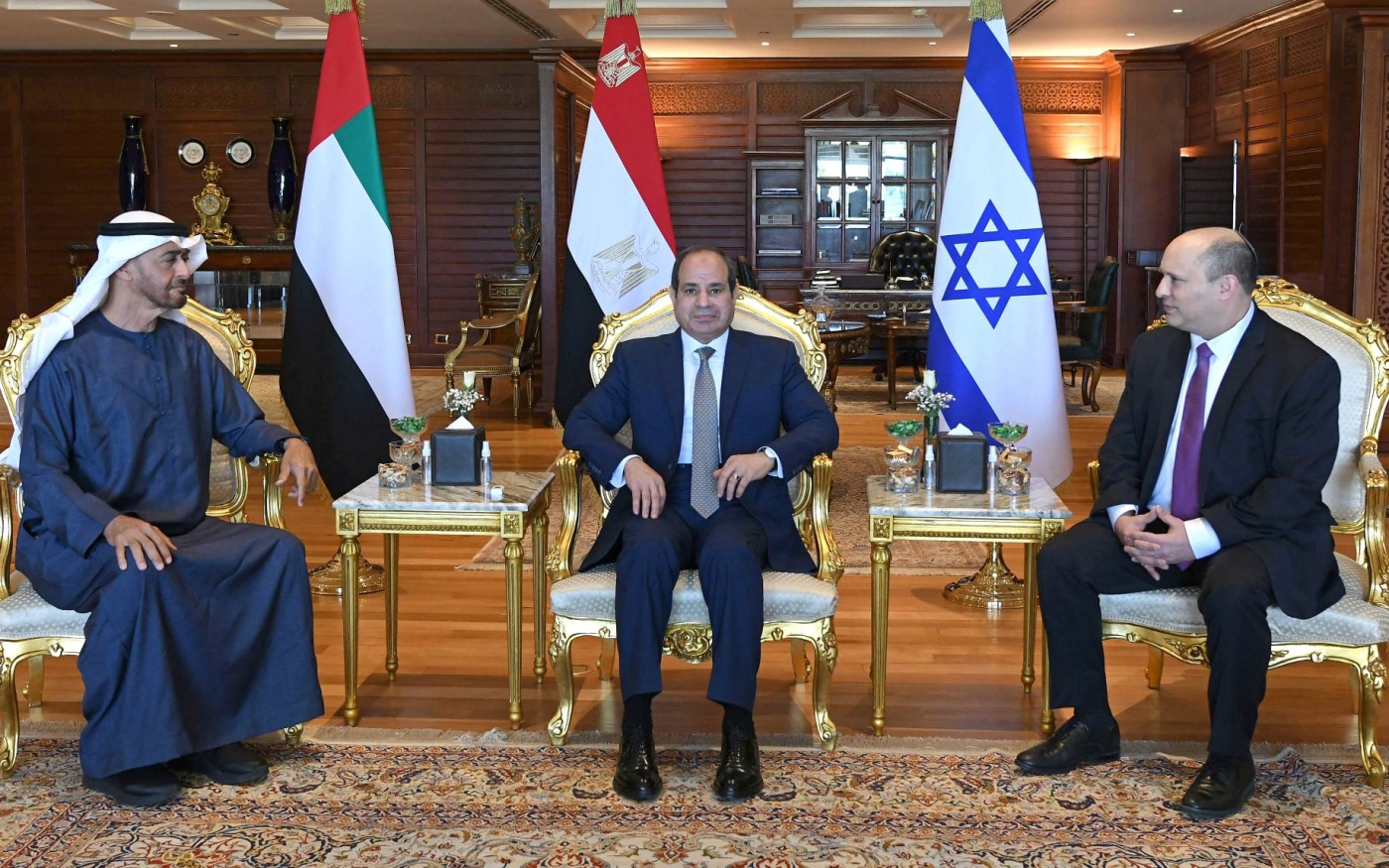 The leaders of Egypt, Israel and the United Arab Emirates met on Tuesday in Egypt's Red Sea resort of Sharm el-Sheikh to discuss the soaring price of oil and food due to the Russia-Ukraine war, as well as the Iranian nuclear talks being held in Vienna.

According to the Egyptian presidency, the three leaders discussed the "repercussions of global developments, especially with regard to energy, market stability and food security, as well as exchanging visions and perspectives on the latest developments on a number of international and regional issues". Israeli media reported that the summit also aimed to create a coalition, which would include Jordan, Egypt, Israel, UAE, Saudi Arabia and Turkey, to form a common front against Iran and send a message to Washington.

The UAE and Bahrain forged security, intelligence and trade ties with Israel after signing normalisation deals in Washington in September 2020.

Since last year, Saudi Arabia, the UAE and Bahrain have been excluded from nuclear talks held in Vienna (officially known as the Joint Comprehensive Plan of Action, JCPOA) between Iran and China, France, Germany, Russia and the UK.

The JCPOA, an agreement on the Iran nuclear programme reached in 2015, was derailed in 2018 when then President Donald Trump unilaterally withdrew the US from the pact.

If talks to revive the 2015 agreement are successful, the US would in exchange lift some economic sanctions on Iran. In return, Tehran would cap its atomic capabilities and rein in its proxies in Yemen, Lebanon, Syria and Iraq. Iran would also be able to sell its crude oil on the international market, reducing the dependency on Russian oil.

'Not just an Israeli problem'

Bennett said on Monday during a cabinet meeting that "we are very concerned about the United States' intention to give in to Iran's outrageous demand and remove the IRGC from the list of terrorist organisations".

"This is not just an Israeli problem," he added. "Other countries, allies of the United States in the region, face this organisation day in and day out. Even now, the IRGC terrorist organisation is trying to murder certain Israelis and Americans around the world."

According to Haaretz, Israel is trying to convince Saudi Arabia and the UAE to accept US calls to increase their oil production capacity to ease energy prices and reduce the world's dependence on Russian oil.

Israel would also assist Egypt in finding alternatives to the Russian and Ukrainian wheat imports on which it so heavily depends. Israel imports nearly 80 percent of its wheat from Russia and Ukraine, while Egypt imports 85 percent.

According to an Egyptian diplomat talking to Haaretz about the Sharm el-Sheikh meeting, the three leaders intend to forge "a common front among Egypt, Israel and the UAE [which] would send an important message to Washington".

The diplomat said that the leaders also discussed Syria's position in the region, following President Bashar al-Assad's meeting with MBZ on Friday, and whether Syria would distance itself from Iran.