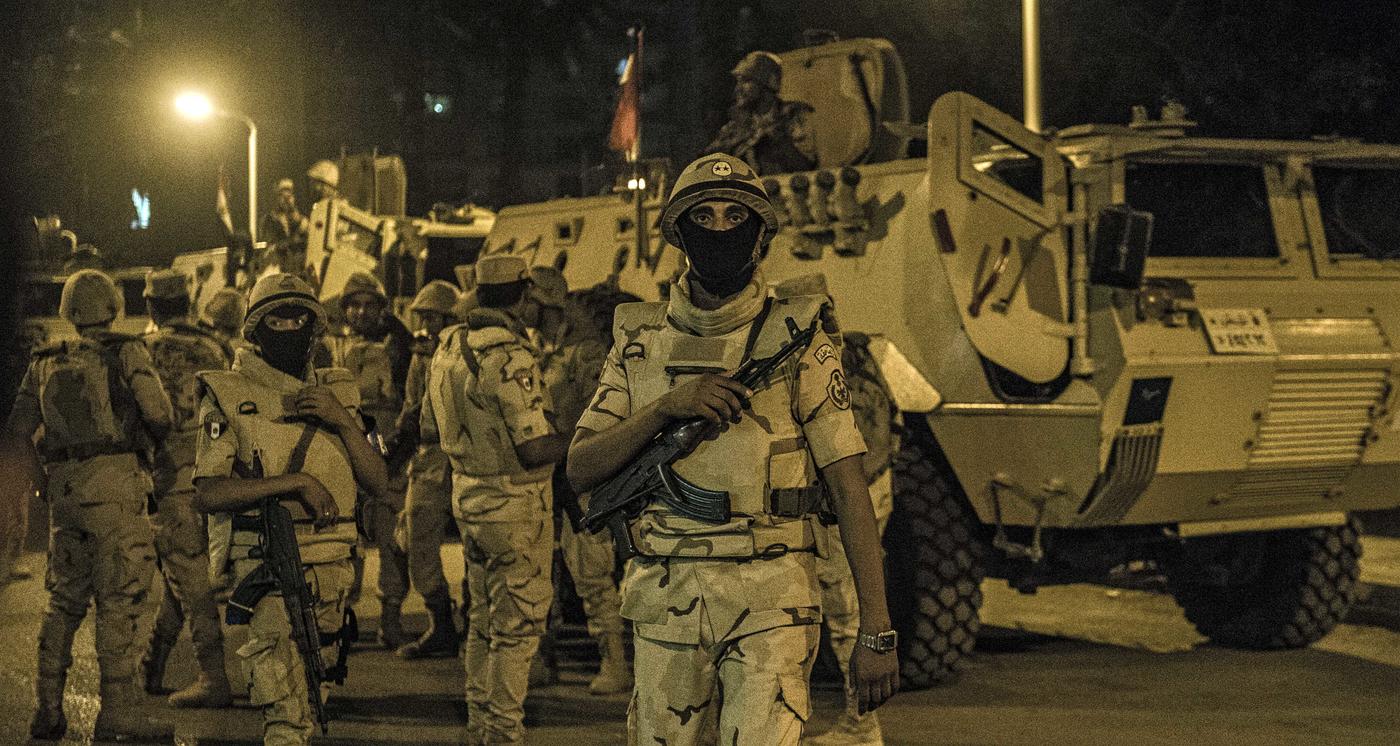 Egyptian security forces have killed 40 suspected fighters in three separate incidents in North Sinai and Giza, the interior ministry said on Saturday, a day after a bombing on a Vietnamese tourist bus in Giza killed four people.

The ministry did not say whether those killed were connected to Friday's attack, but said its forces killed 30 people during raids on their hideouts in Giza where it said "terrorist elements" were planning a series of attacks targeting state institutions and the tourism industry.

Security forces also killed 10 suspected fighters in North Sinai, where the country is fighting an insurgency led by Islamic State.

State news agency MENA said that the suspects were killed in a gun battle.

The ministry did not give any details about the suspects' identity or whether there had been any casualties or injuries among the security forces.

The ministry published photos of bloodied bodies with their faces concealed and assault rifles and shotguns lying on the floor beside them.

Friday's bombing, less than 4km from the pyramids, on the outskirts of Cairo, is the first deadly attack against foreign tourists in Egypt for more than a year.

The incident comes as the tourism sector, a vital source of foreign currency, had been recovering from a sharp drop in visitor numbers since the country's 2011 uprising.

A spokesman for Britain's Thomas Cook travel group said it had cancelled day trips to Cairo from the Red Sea resort of Hurghada following the attack and it would continue to review the security situation.

Three Vietnamese tourists and an Egyptian guide were killed and at least 10 others injured when the roadside bomb hit their tour bus on Friday.

Events such as the bombing of a Russian airliner shortly after it took off from Sharm el-Sheikh in 2015, killing all 224 people on board, caused tourist numbers to Egypt to plunge.

There are still no direct flights from major tourist markets such as Britain and Russia to the country's biggest Red Sea resort, Sharm el-Sheikh, since that attack.

Egypt's military and police launched a major campaign against armed groups in February, targeting the Sinai Peninsula as well as southern areas and the border with Libya.