A state-owned UK company has been helping to equip a juvenile court in Egypt and share the Northern Ireland "experience", despite international concerns about human rights and mass death sentences in Egypt.

Northern Ireland Cooperation Overseas (NI-CO), a Belfast-based business which has contracts with the UK Foreign Office, has been involved in a €10m ($11.23m) project to support the "administration of justice", partnering with Egypt's Ministry of Justice.

Among the services provided by the company in Egypt include steel structures, security bars, benches for courtrooms and surveillance equipment for interview rooms, according to tender documents provided to NI-CO by the Egyptian government.

Documents, obtained by the anti-death penalty NGO Reprieve, also detail plans for a children's courtroom, which includes a "secure waiting area" made out of steel bars, and "soft chairs for children".

The project also reportedly includes a workshop with 98 judges from the Egyptian Court of Cassation, the highest court in Egypt, which has ultimate say over death sentences.

The case of Ibrahim Halawa, an Irish citizen who was 17 when he was arrested during a siege at the Al-Fath mosque in Cairo, has highlighted for many the problematic nature of the UK and Irish government's links with the Egyptian government.

Halawa has been held without conviction since 2013, accused along with more than 400 others of inciting violence, riot and sabotage. He faces a potential death sentence despite being arrested as a juvenile.

On Sunday, his trial was delayed for the 15th time, purportedly due to the beginning of the Islamic holiday of Muharram. His trial is now due to take place on 12 November.

Reprieve said the UK and Irish governments needed to put an end to apparent hypocrisy over the "Kafkaesque" situation in Egypt's jails.

“Amid a wave of repression in Egypt that has seen thousands sentenced to death, it is sickening that a UK body is helping to prop up Sisi’s courts – with funds from the European taxpayer," said Harriet McCulloch, deputy director of the death penalty team at Reprieve

"NI-CO must put an urgent stop to this project until Egypt commits to a justice system worthy of the name – this means releasing the many prisoners, like Ibrahim, who have been wrongly detained since 2014.”

In a statement sent to Middle East Eye, NI-CO said that it was focused on "sharing the Northern Ireland experience" in its work in Egypt.

Northern Ireland has a long history of conflict, and the UK introduced mass internment - detention without trial - during the Troubles between Irish republicans and Ulster unionists.

"The project is financed solely by the European Union and receives no financial contributions from either NI-CO or Invest NI," read the statement.

"NI-CO’s work is focused on sharing the Northern Ireland experience to support Egypt in the modernisation of the administration of justice in line with EU standards and practices."

Despite MEE's inquiries, the statement made no reference to either Ibrahim Halawa or whether reports of human rights abuses in the prison system would affect its work in the country.

MEE contacted the UK Foreign and Commonwealth Office on Monday but received no response at time of publication.

There are estimated to be around 40,000 political prisoners in Egypt. Hundreds of people, largely activists from the now banned Muslim Brotherhood, were sentenced to death following the military coup which toppled the government of the democratically elected, Brotherhood-backed president Mohamed Morsi in July 2013. 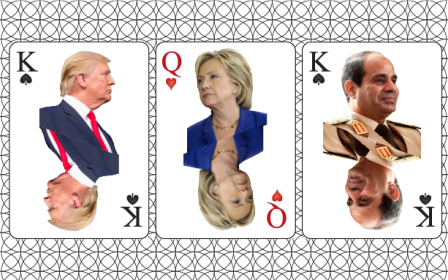