Egypt's Nubians: We want to reclaim our homeland

Amid political turmoil, activists are demanding the right of return to their ancestral homeland in southern Egypt 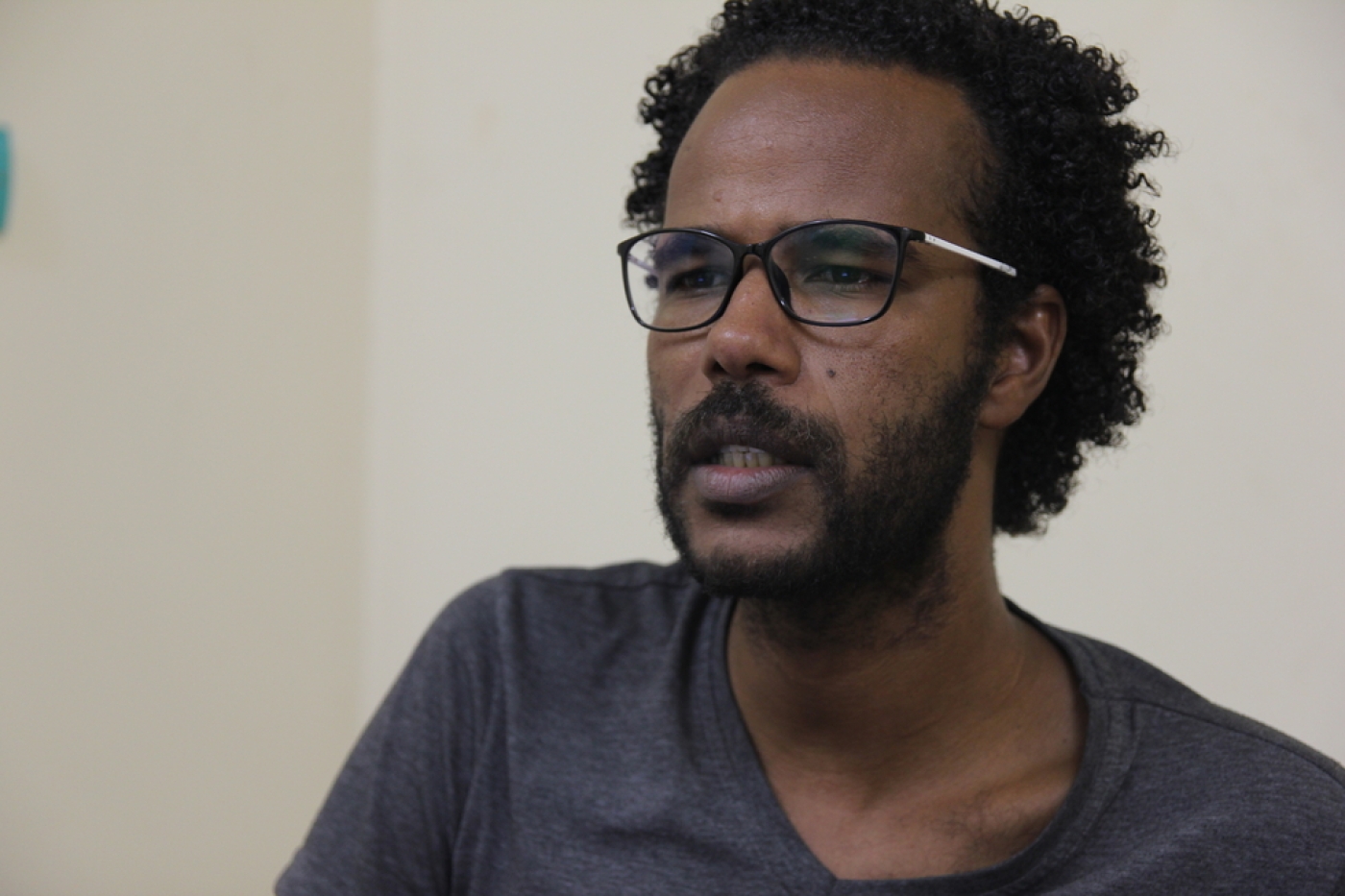 ASWAN, Egypt - Last weekend in Egypt’s south, Nubians launched an unprecedented challenge to President Abdel Fattah al-Sisi’s government by marching in protest to their historic homeland, more than 50 years after they were forcibly displaced by the state.

The action was part of a new youth and activist-led movement that has been brewing since the 2011 Egyptian revolution.

Nubians are an indigenous African people in southern Egypt who have faced displacement by state-sponsored projects for many decades. They also say they face cultural marginalisation and colour discrimination.

READ: Just what's happening to Egypt's currency - and where does it go from here?

Cars and micro-buses conveyed the participants on Saturday morning from Balana village, blaring Nubian music and displaying signs and posters with slogans, including: “Nubia Is Not For Sale!”

On social media, activists from one of Egypt’s oldest African ethnic minorities were abuzz with excitement as the demonstration aimed to send a message to the government, demanding that the constitutionally guaranteed Nubian Right of Return be honoured amid attempts to sell their ancestral land.

The Nubian community often endures colour, language and cultural discrimination - a feeling of being perceived as 'other'

Online, some Nubians compared the action to the Native American protest at Standing Rock Reservation in North Dakota, inspiring them to use the Facebook check-in feature to demonstrate solidarity.

The latest Nubian action comes amid a severe economic crisis and separate calls for protests in Cairo on 11 November, which the government has countered with a mass arrest campaign against those accused of defying the state.

“The march was 15 cars with nearly 200 people from each village of Nasr al-Nuba and there were three cars from Nubian villages in Aswan,” Mohamed Azmy, head of the Nubian Union in Aswan, told MEE, referring to displaced villages that were relocated to barren regions north of Aswan.

The protesters sought to reach Toshka, a region within the historic Nubian territory that is currently tied to a government agricultural development project.

However, the march was cut short, Azmy said, after security forces confiscated the marchers’ national identification cards at a checkpoint north of Aswan city.

“The state has reduced Nubian land by 110,000 feddan (acres) to sell it in the 1.5 million feddan national project,” said Azmy, who is also a prominent lawyer for Nubian rights. “This is a clear attempt to change the demographics before starting Nubian resettlement [to their historical homeland].”

Despite the volatile political climate in Egypt, Nubian rights groups in Aswan say their demands are not dependent on the current national politics

While few English media outlets picked up on the protest, it did not go unnoticed by those in power. By the end of the evening, the highest office in the land had responded swiftly and directly to Nubians about plans for the megaproject.

Sisi assured that “priority” in the 1.5-million feddan project would be given to Nubians. But many were less than impressed with the president’s response.

READ: Why President Sisi is a dead man walking

“This land was originally ours and this is our constitutional right and the state can’t sell us our land,” Azmy said, adding that “[Sisi’s] response came quickly because we had good media coverage and because the march was a clear standoff between us and the state. It was an attempt to keep us quiet.”

Nubians have endured a series of displacements by dams since 1902, with the first being under British rule and the last in 1963-64 with the Aswan High Dam, which was arguably the most devastating.

While the government of charismatic then-president Gamal Abdel Nasser promoted the project as a “development dream of progress” for the nation, Nubians paid the price for it by being sent to the harsh, arid and undeveloped region Nasr al-Nuba, significantly farther from their old homes along the Nile.

Some Nubians self-identify as Africans, Afro-Arabs, Nubian-Egyptians, or simply Nubians

Even though constitutional Article 236 guarantees Nubians the Right of the Return within a period of 10 years, a decree by Sisi’s administration in 2014 virtually made that impossible by zoning a significant portion of the ancestral land as “military zones”. The president has also revived a controversial Hosni Mubarak-era irrigation megaproject, Toshka, whose viability has been questioned by some experts because saltwater may mix with fresh, rendering it useless.

"I choose to join this march because it is important for us to preserve our Nubian land," said Seham Osman, a member of the Nubian Union in Aswan. "We have taken all the steps and have reached out to officials, but there is no response from the government at all."

Osman, a member of the Southern Free Women Foundation, said female participation in the protest was not large. Still, she emphasised that Nubian women are at the forefront of advocating for the Right of Return because it is an issue that has deeply affected Nubian families, often separating them.

An indigenous and African struggle

Nubians are descendants of the ancient African civilisation of Kush, which was situated between what is now southern Egypt and northern Sudan, known for its famed “Black Pharaohs” and pyramids. Nubians in Egypt today are still influenced by the changes of the initial Arab invasions, foreign occupations from the Ottoman and British empires as well as more recent migrations from the surrounding regions and countries.

Some now self-identify as Africans, Afro-Arabs, Nubian-Egyptians, or simply Nubians, but it is the indigenous culture, languages and sense of community that preserve Nubian identity, which is now seen to be under threat of “disappearing” amid forced relocation.

Despite boasting popular and internationally renowned singers including Mohamed Mounir, the Nubian community often endures language, colour and cultural discrimination - a feeling of being perceived as “other” in a nation-state that defines itself as an “Arab-Egyptian” society.

This has led to a movement embracing solidarity with other marginalised peoples of colour and indigenous groups around the world, including the Black Lives Matter movement in the US, which demands accountability for police shootings of African Americans.

“For years, Nubian issues were always being talked about without talking about racial hierarchy and racism in Egypt, assuming this is something [that] happens only in the US,” said Yahia Salah, a researcher studying international migration and ethnic relations at Malmo University in Sweden.

“It was about time that Nubian activists would take the Nubian struggle to another level, a level where we dare to say we are a black nation that is oppressed in an international context where all the indigenous and black nations are put down by the white majorities.”

While indigenous rights may often be overlooked outside of the Americas, they are central for many human rights movements in Africa, particularly in North Africa.

Expressions of solidarity for Nubians have come from members of the Amazigh people from the Mahgreb countries including Algeria and Morocco, and some Nubians have likened their struggle to return to the Palestinian right of return.

“I can see how is it problematic to see Nubians as an indigenous group, mainly because there is no official political acknowledgment of this,” said Salah, who specialises in studying the struggles of indigenous and minority groups.

He added that after living in Sweden and meeting Sámi activists - indigenous people in the Arctic area - and reading about their history and struggle, he sees many similarities between them and Nubians. He highlighted that such communities are often divided by borders between nation-states.

“The situations of Native Americans in Standing Rock, the Sámi and Nubians are quite similar. A non-dominant minority group being evacuated/displaced, favouring the majority group in the name of national development projects (respectively oil, mining and dams),” the researcher told MEE. “Most of the indigenous and minority groups are going through the same struggle, yet it’s seen differently according to their political context.”

“The virtual [Facebook] check-in act was done in solidarity with [Native Americans] in Standing Rock reservation,” Salah added, “It was an inspiration for us to do the same, to say this land is ours and we will always be there.”

On Monday, Nubians held two follow-up conferences after the march, vowing to escalate protests until the state halts the sale of the former Nubian territory in Toshka and modifies Presidential Decree 444, which declared former Nubian villages “military zones”. They also urged parliament to enact a law for speedy resettlement of Nubians after consultation with the people.

“In the event of non-response, we decided we would escalate our actions on November 19 and move a mass march to the Toshka Project and stop there,” said Azmy, who is also working to petition international African judicial bodies.

Despite the volatile political climate in Egypt, Nubian rights groups in Aswan say their demands are not dependent on the current national politics in the capital or the ailing economy.

For them, it is a much longer historical struggle in defence of land rights and an indigenous African identity and culture that the youth are determined to regain and protect after decades of sacrificing their homeland for the sake of the country. 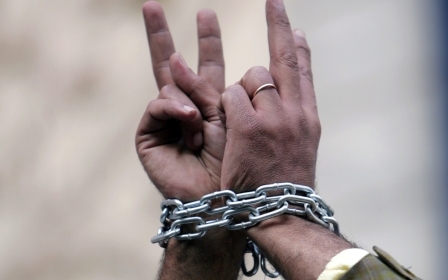 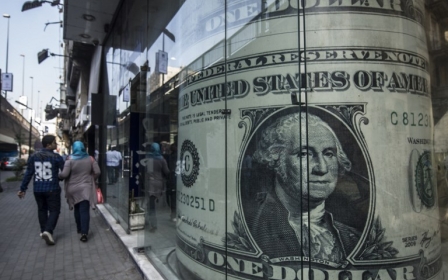 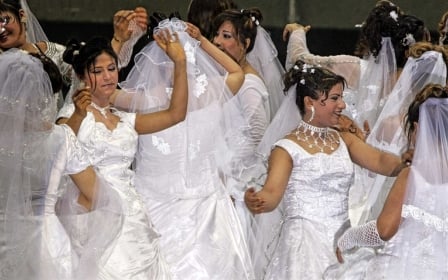