New date for scheduled parliamentary ballot, final step in democratic transition after ouster of elected president in 2013, not yet known 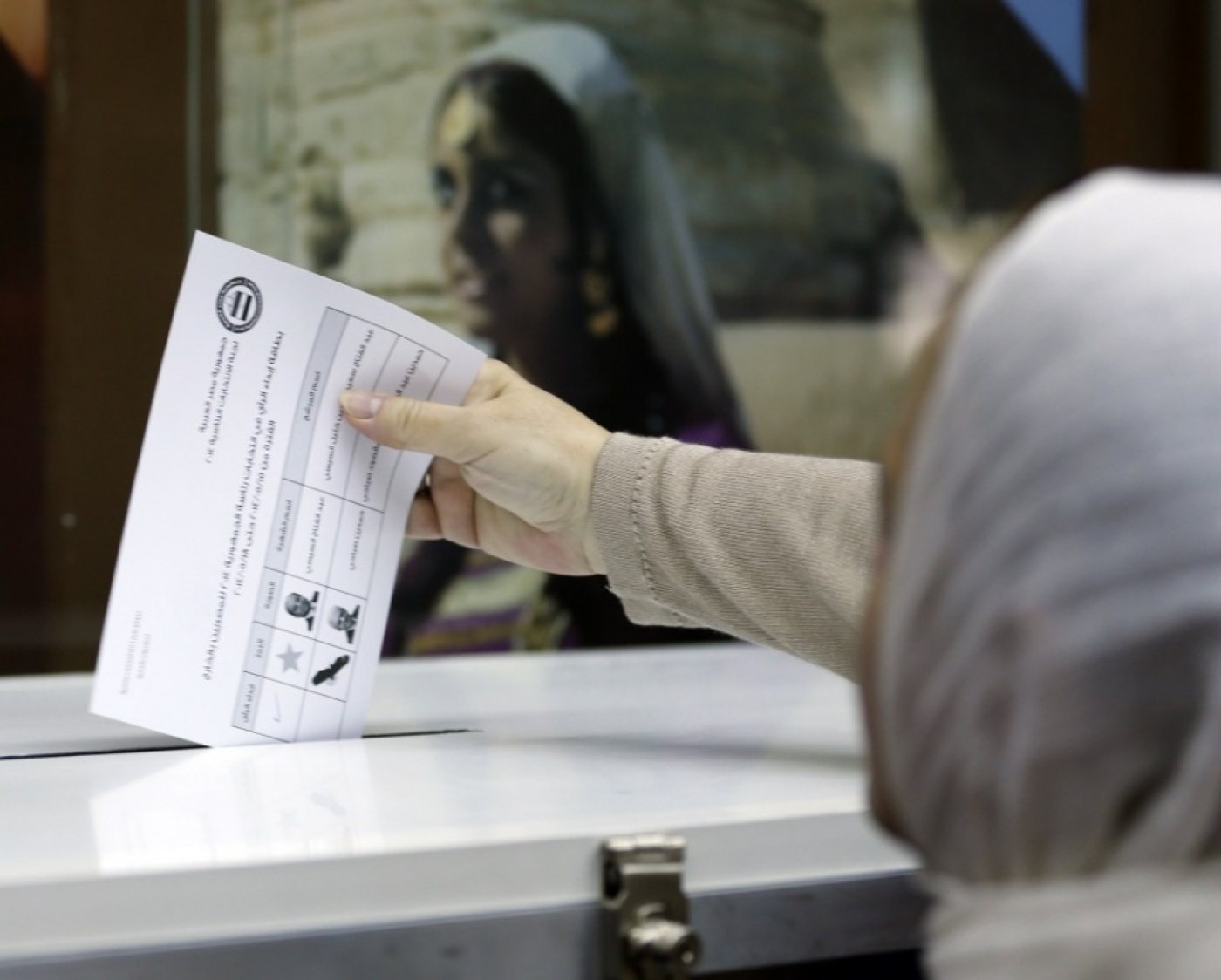 Egypt's administrative court formally delayed parliamentary elections due to be held this month on Tuesday, after the electoral commission announced it could not be held on time due to legal obstacles.

The vote will now be postponed while the unconstitutional electoral law is redrafted and finally approved by the President, Abdel Fattah al-Sisi.

Officials who spoke to Egypt’s state-owned al-Ahram newspaper said the new law would likely increase the number of seats in parliament.

Lawyers who appealed against the previous draft said it failed to divide districts in a way that would adequately represent voters.

Commenting on the implications of the delay, prominent Egyptian thinker Fahmy Huweidi, currently deputy editor of al-Ahram, said that Egypt’s current rulers stood to gain because they would be free to use legislative powers “without accountability or supervision” during the interim period.

Meanwhile Amrou Hashem Rabia, a parliamentary analyst with Cairo's Centre for Strategic Studies, warned that the postponement of elections could have a negative impact on the country's struggling economy.

"It will affect the amount of foreign investments, and especially the influx of investment in projects due to be outlined at the investment conference in Sharm el-Sheikh".

Egypt's leaders are pinning high hopes on the international conference due to begin on 11 March in the beach resort of Sharm el-Sheikh - the investment minister said on Tuesday that the summit would form the "backbone" of future economic growth.

The election, whose scheduled date is now unclear, will be the first parliamentary ballot since 2013, when then army chief Sisi overthrew Muslim Brotherhood president Mohamed Morsi.

After Morsi's ouster, Sisi announced plans for a new constitution, to be followed by presidential and parliamentary elections.

The new constitution was adopted in January 2014, and Sisi was elected President with over 96 percent of the vote after a ballot in May marred by low voter turnout.

The upcoming parliamentary elections will be a key moment for Sisi, as he seeks to shore up his standing in the eyes of Western governments that condemned his overthrow of Morsi, the country's first freely elected leader.

The poll is to be held under a complex system that aims at producing a representative parliament.

Twenty-seven of the assembly's 567 seats are to be filled directly by the President, with the rest contested through party lists or on an individual basis.

Critics say that with Morsi's Muslim Brotherhood having been banned, the elections are likely to be dominated by Sisi loyalists.

A government crackdown overseen by Sisi targeting the Brotherhood has left hundreds dead and thousands jailed.

Even secular and liberal activists, including several who played a prominent role in the 2011 revolt against Mubarak, have been jailed for attending unauthorised protests.