'No one can touch' Israel because it has nuclear weapons, Turkish president says 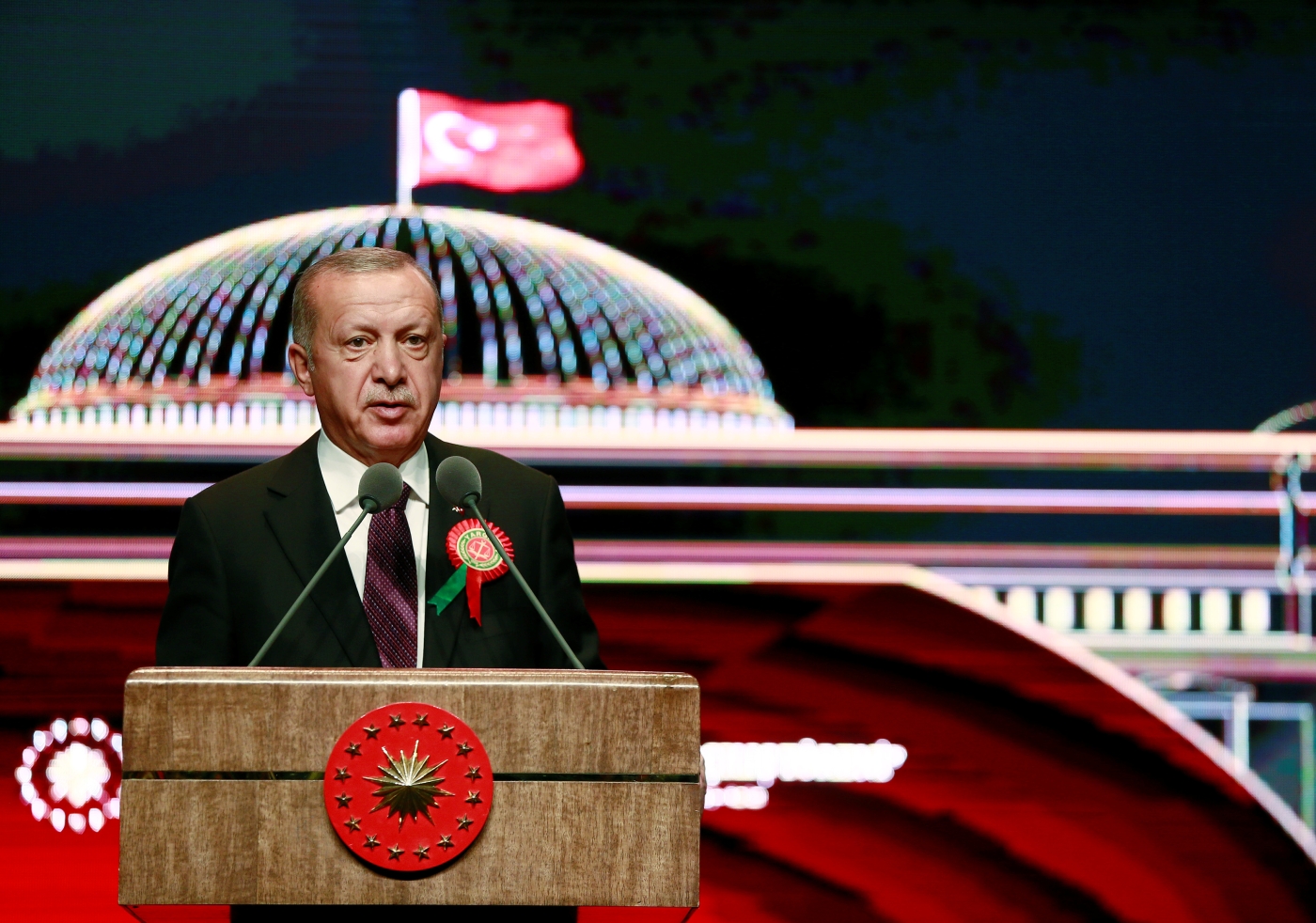 It is unacceptable for nuclear-armed states to tell Turkey whether or not it can acquire atomic weapons, Turkish President Recep Tayyip Erdogan said.

Addressing an AK Party gathering in Turkey's central province of Sivas on Wednesday, Erdogan said it is not OK for developed nations, including the United States and Russia, to possess nuclear warheads while Turkey cannot.

"Some countries have missiles with nuclear warheads, not one or two. But we can't have them. This, I cannot accept," Erdogan said, as reported by Reuters news agency.

The Turkish president cited Israel as a regional power that has a military nuclear programme.

"We have Israel nearby, almost as neighbours. They scare [other nations] by possessing these. No one can touch them," he said, according to Reuters.

Turkey is a signatory to the Treaty on the Non-Proliferation of Nuclear Weapons, a United Nations treaty that aims to stop the spread of atomic weapons around the world.

It was not clear what sparked Erdogan's comments on Wednesday.

A nuclear power plant has been in the works in Turkey, but there have been no recent reports about the country seeking to develop nuclear weapons or facing opposition to its nuclear programme.

Erdogan's remarks come amid mounting tensions between the US and Iran, partly over Tehran's nuclear programme.

Last year, Washington withdrew from a multinational agreement that saw Iran gradually scale back its nuclear programme in exchange for international sanctions relief.

US President Donald Trump has said the main goal of his administration's "maximum pressure" campaign against Iran is to end the country's nuclear and ballistic missile programmes.

Last year, Saudi Crown Prince Mohammed bin Salman drew the ire of critics when he told CBS News that Riyadh would look to acquire a nuclear weapon if Tehran develops one.