Russian President Vladimir Putin is “playing with fire” over Syria, Turkish President Recep Tayyip Erdogan said on Friday as the war of words between the pair continued.

Erdogan’s latest comments refer to an earlier remark made by the Russian leader in which he said that "those who implement double standards in terrorism play with fire" in an apparent reference to Turkey’s alleged support for groups including the Islamic State (IS).

Prior to his statements, news emerged from the Kremlin that Erdogan had asked to meet Putin in Paris on Monday where the two leaders will be attending the UN climate conference.

The Kremlin has stayed tight lipped on the meeting though, with a presidential aid telling reporters that Putin had thus far refused to speak with Erdogan because he shown an "unwillingness to simply apologise for [Tuesday's] incident".

Tensions between the two countries have been at fever pitch this week after Turkish troops shot down a Russian jet. Turkey claimed the plane breached Turkish airspace, with NATO later endorsing its version of events, although the Russians denied this and subsequently said that the US was aware of their flight manifest.

While Turkey has been a fierce critic of Syria’s President Bashar al-Assad and actively supports a number of opposition groups, Putin is seen as one of Assad’s firmest allies and in September started carrying out air strikes against opposition groups in Syria.

Putin insist that he is mainly fighting IS although Turkey and the US have accused him of hitting a number of “moderate” groups including those backed by Ankara and Washington.

During his speech, Erdogan said hitting Syrian opposition groups, who had international legitimacy under the pretext of fighting IS, was also "playing with fire".

Some 400 people also turned out to demonstrated against the Russian strikes in Istanbul on Friday, accusing Russia of killing civilians.

Erdogan’s comments also came shortly after Russia unilaterally suspend its visa exemption for Turkish citizens and Putin warned that he would pull his cooperation with the US-led coalition if there were and further "unacceptable" military action against his army. While Moscow is not a member of the coalition, it does share some information with Washington and its allies.

Addressing a press conference in Moscow on Friday, Foreign Minister Sergey Lavrov said visa free travel was ended "for the sake of security of Russia and its citizens".

Following Tuesday’s downing of the Russian jet, Turkey seemingly tried to deescalate the situation, with Prime Minister Ahmet Davutoglu on Wednesday saying that Russia was a "friend and neighbour".

On Thursday, Erdogan also stressed that his government was not aware that the plane was Russian when they shot it down, adding that Putin had refused to answer his calls after the attack.

However, the Russians appear to have retaliated by arresting 26 Turkish businessmen who were taken into police custody in Russia's Black Sea city of Krasnodar late on Wednesday, according to Turkish diplomatic sources.

Russian police have also been accused of raiding Turkish companies in different regions of Russia and even on a few occasions suspending their operations, two Turkish businessmen with investments in the country told Al Jazeera.

According to the sources, Moscow has sent back Turkish trucks loaded with exports. The Russian foreign ministry had not responded to the claims at the time of publication. 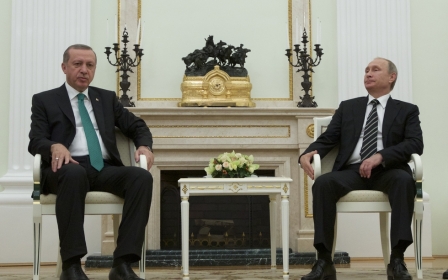 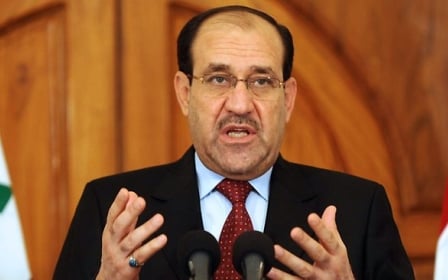