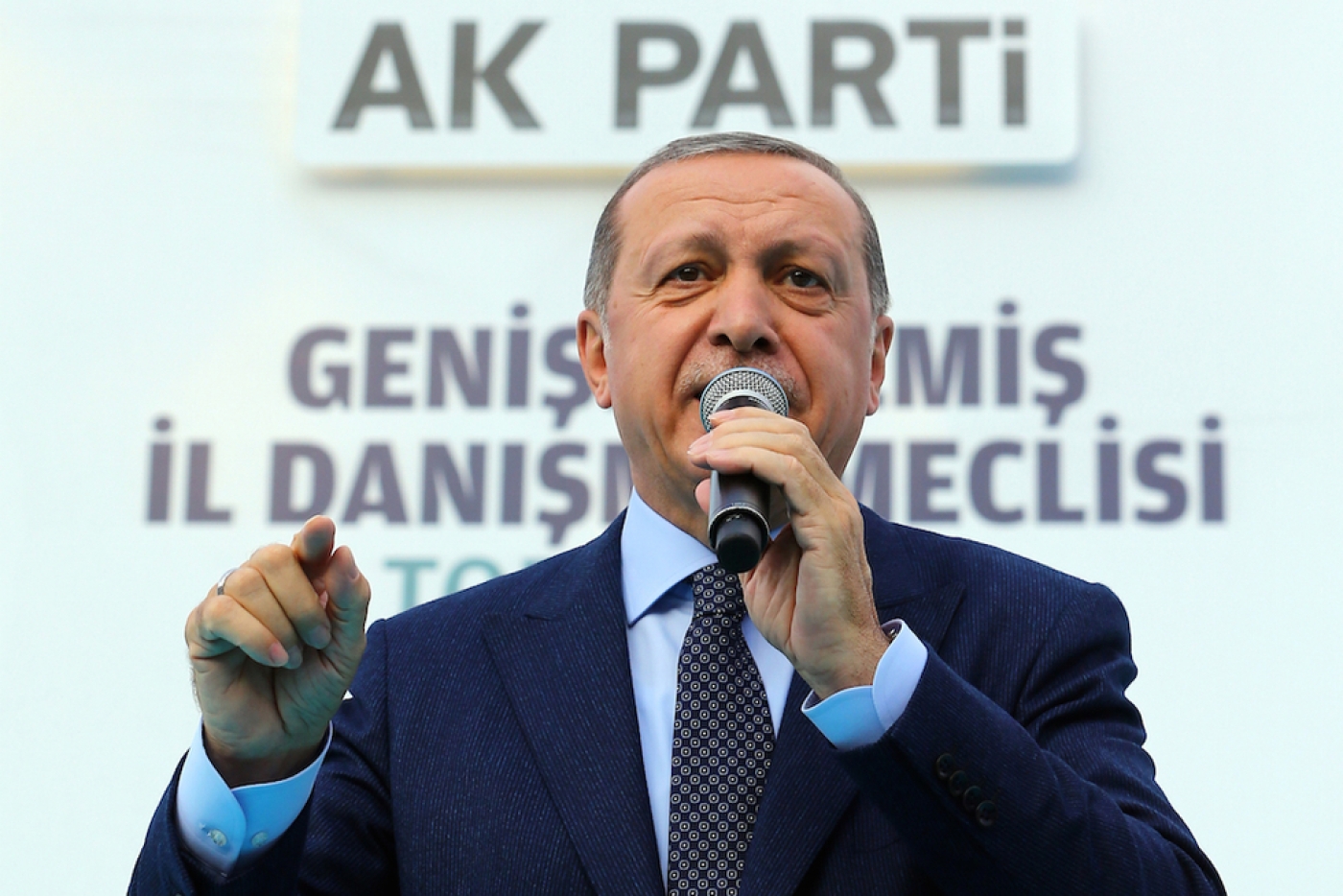 Speaking to reporters before departing on an official visit to Jordan, Erdogan also said a more effective struggle against the outlawed Kurdistan Workers Party (PKK) and its Iranian affiliate, the Party of Free Life in Kurdistan (PJAK), would be possible through joint action with Iran.

"Joint action against terrorist groups that have become a threat is always on the agenda. This issue has been discussed between the two military chiefs, and I discussed more broadly how this should be carried out," Erdogan said.

The PKK-Turkey war has been ongoing since 1984, while PJAK launched a similar offensive against the Islamic Republic in 2004. The two groups, along with the Democratic Union Party (PYD) in Syria, follow the ideology of the PKK founder Abdullah Ocalan, who has been imprisoned in Turkey since 1999.

Though Turkey and Iran have been nominally on opposing sides over the conflict in Syria, with Iran backing President Bashar al-Assad and Turkey seeking his overthrow, both countries have long feared the impact of militant nationalism from their respective Kurdish minorities.

Both have also voiced their opposition to a proposed independence referendum by Iraq's autonomous Kurdish region set for 25 September.

Iran's armed forces chief of staff said on Wednesday after talks with Turkey's president that a referendum on independence for Iraqi Kurdistan would trigger conflict and negative consequences for the entire region.

"Both sides stressed that if the referendum would be held, it will be the basis for the start of a series of tensions and conflicts inside Iraq, the consequences of which will affect neighbouring countries," General Mohammad Hossein Bagheri was quoted as saying.

"Holding the referendum will get Iraq, but also Iran and Turkey involved and that's why the authorities of the two countries emphasise that it is not possible and should not be done."

Analysts have little doubt that the referendum would result in a "Yes" for an independent Kurdish state in northern Iraq. But the result would be non binding and leave the approximately five million Kurds of northern Iraq some way away from actual independence.

Iran and Turkey have also been gradually increasing security cooperation over northern Syria.

Turkey, Iran and Russia agreed in May to set up "de-escalation zones" in Syria to try to stem the fighting in some parts of the country, including Idlib province, which has fallen under the control of the former al-Qaeda affiliate Hayat Tahrir al-Sham (HTS). They have also spearheaded talks between opposition and government factions in the Kazakh capital of Astana.

A senior official from Iran's elite Revolutionary Guards earlier said Bagheri's trip was prompted by the presence of "terrorist groups" in the border area, without saying which ones.

"We are seeking a good agreement with Turkey to provide better security for Iranian and Turkish borders especially in the west and northwest," said Guards spokesman General Ramezan Sharif, quoted by IRNA.