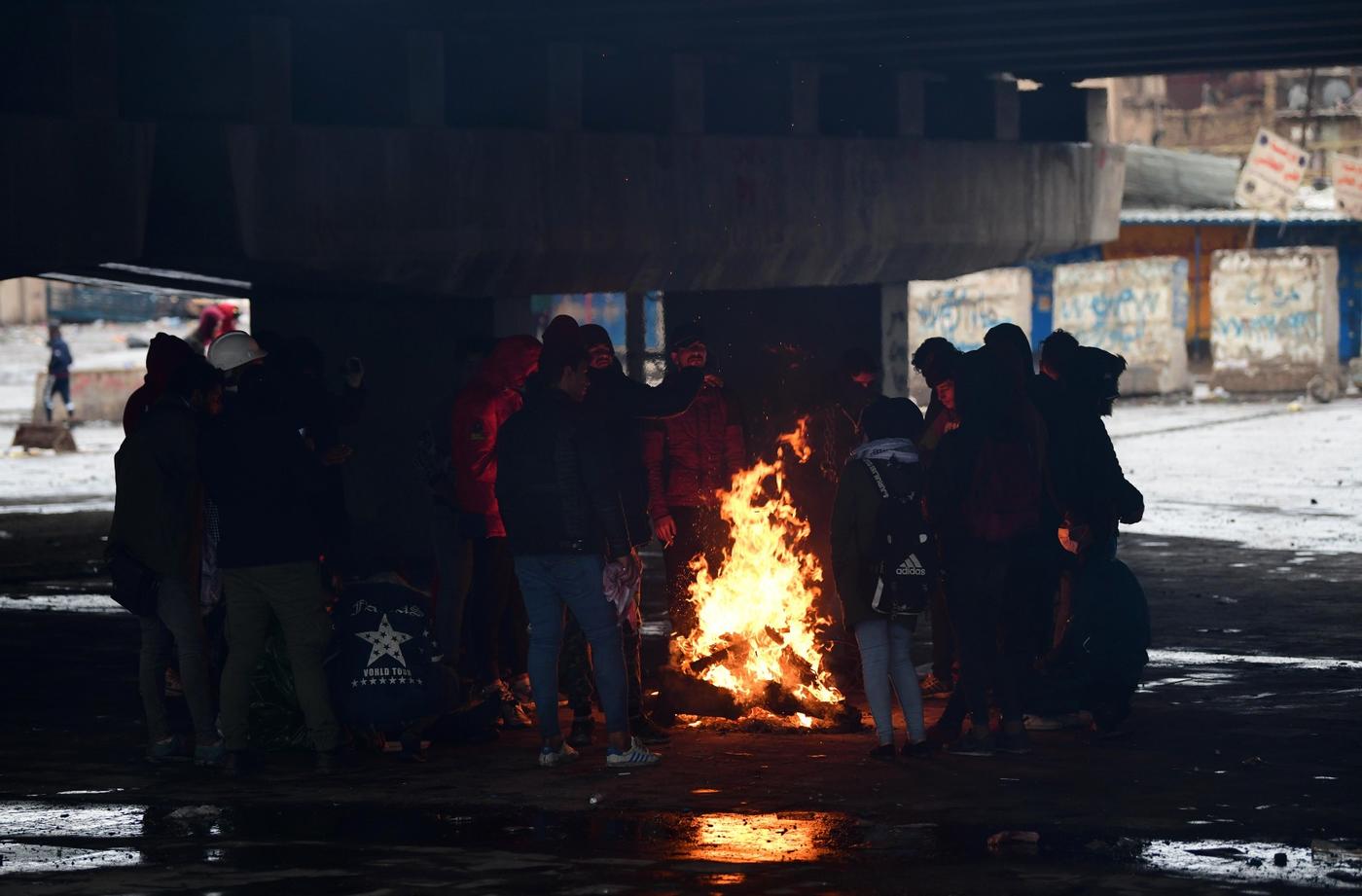 Protesters seek shelter under the Mohammed al-Qassim Bridge on 4 October 2019. Many were asleep there when sudden gunfire broke out (MEE/Murtaj Fasim)
By
Suadad al-Salhy
in
Baghdad

Iraqi security forces killed 32 protesters in Baghdad on one of the first days of the 2019 anti-government demonstrations, Middle East Eye reveals in a new investigation published on Tuesday.

For nearly two years, government officials have maintained that two protesters killed in an area near the capital’s al-Nakheel Mall on 4 October 2019 were shot by “unknown snipers”. 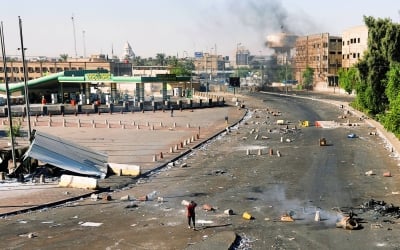 A massacre and a cover-up: How Baghdad protesters gunned down by Iraqi forces faced 'inevitable death'
Read More »

But according to a dozen former and current civilian and military officials, official documents and the relatives of victims, MEE has learned that the government knew the truth within weeks of the attack.

A senior security official who saw footage of the attack told MEE that soldiers reacted emotionally after they witnessed the deaths of two fellow soldiers after unknown assailants threw Molotov cocktails at them.

According to the official, soldiers fired frantically into the air, raining bullets down on top of the protesters.

The Iraqi government subsequently designated those killed on 4 October as "victims of wrong military operations".

Relatives were offered financial compensation, though they were not told who was responsible for the deaths. Several families have attempted to file legal cases against the government, but say their attempts have been brushed aside.

One of the two forces blamed for the killings was sent to fight the Islamic State group in Kirkuk a month after the attack as a form of punishment and in the hope of “pushing the incident into oblivion”, one source told MEE.

“Some things are better kept secret because revealing them would stir up sedition,” a former minister and a key member of the ministerial fact-finding committee formed by the former prime minister Abel Abdul Mahdi told MEE.

“Announcing such matters will not solve the problem, but will only make it worse.”

The deaths of the protesters near al-Nakheel Mall came amid a wider crackdown by Iraqi authorities in early October 2019.

Tens of thousands of people had taken to the streets of Baghdad and across the south of the country to demonstrate against poor basic life services, widespread corruption in state institutions and high unemployment.

Hundreds of people were killed or wounded in clashes with security forces, prompting inquiries by local human rights monitors and United Nations investigators. 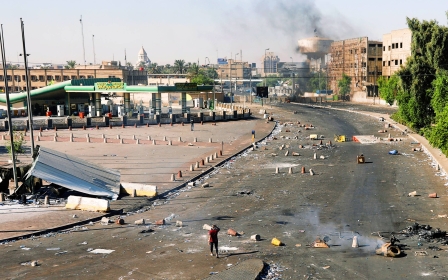 Iraq Protests
A massacre and a cover-up: How Baghdad protesters were gunned down by Iraqi forces 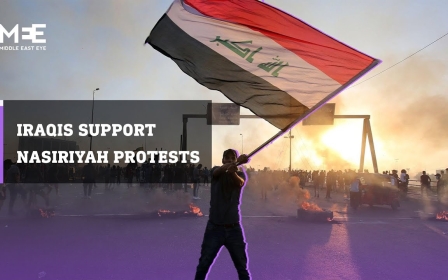 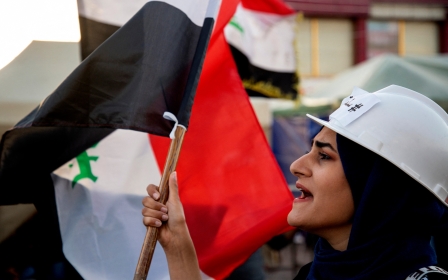