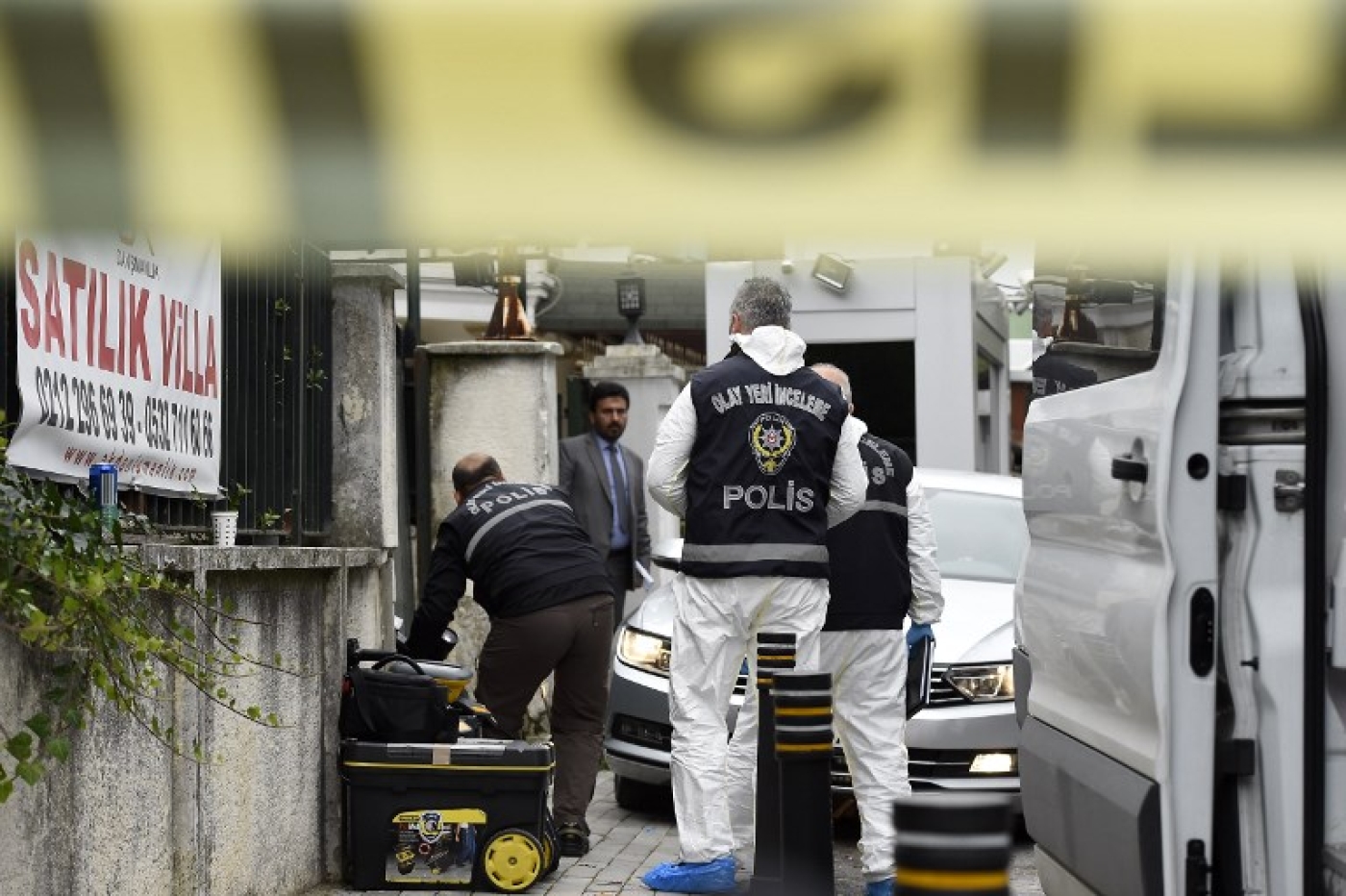 The suspects went and ate dinner at the Saudi consul-general’s residence after murdering and dismembering Khashoggi inside the consulate, a source in the Istanbul Prosecutor General’s office also told MEE on Wednesday as Turkish police finally gained access to the building on Wednesday.

Most of them are high-ranking officers who accompanied the crown prince on diplomatic visits to the UK and France earlier this year.

MEE has obtained a document from the Saudi Interior Ministry detailing their ranks, dates of birth, passport and telephone numbers and when they accompanied bin Salman on trips abroad. All of them are members of the crown prince’s Special Security Force.

MEE is not publishing the document in order to protect the safety of its sources.

Confirmation that these seven members were high-ranking members of the crown prince’s close protection team and travelled with him on high profile visits regularly will complicate efforts currently under way to distance bin Salman from the murder investigation in Istanbul.

At least three of them accompanied bin Salman on his visit to the UK in March. They are First Lieutenant Dhaar Ghalib Dhaar Al-Harbi, Sergeant Major Walid Abdullah Al-Shihri, and Abdul Aziz Muhammad Musa Al-Hawsawi.

At least two of them accompanied the crown prince to France in April. They are Major General Mahir Abdul Aziz Muhammad Mutrib and Colonel Badr Lafi Muhammad Al-Oteibi.

Turkish media published the names and photos of the 15 suspects last week after Turkish sources close to the investigation told Middle East Eye and other media outlets that prosecutors suspected Khashoggi had been killed and dismembered shortly after entering the Saudi consulate in Istanbul on 2 October.

The suspects checked into two hotels near to the Saudi consulate but all left the country within hours of their arrival. Thirteen of the 15 suspects left Istanbul aboard the two private jets on the evening of 2 October, while the final two left on commercial flights in the early hours of 3 October.

Saudi officials have denied any knowledge about Khashoggi’s disappearance and initially said that he had left the consulate building shortly after arriving. Following publication of the names of the 15 suspects, the Saudi-owned al-Arabiya TV network described them as “tourists”.

However, CNN reported earlier this week that Saudi Arabia was preparing to admit that Khashoggi had died during a botched interrogation or attempted abduction amid growing international revulsion about the reported circumstances of the journalist’s suspected death.

Mutrib, the highest ranked officer among the seven named on the interior ministry document, has been identified by investigators as the "coordinator of the operation", according to MEE's Turkish sources.

They say that Mutrib chartered the two private jets for the mission and was one of two suspects to travel on diplomatic passports.

Mutrib has previously been identified by the New York Times as a diplomat assigned to the Saudi embassy in London based on a British foreign office diplomatic list dating from 2007.

The newspaper also tracked down photographs of Mutrib standing guard next to the Crown Prince during visits to Spain, France and the US.

In this document Mutrib is referred to as a “communications engineer” and a “security companion” of the crown prince.

Two of the names on the list are not identified as having accompanied bin Salman on his visits to London and Paris.

Both, however, are high-ranking. They are Major Nayif Hasan Saad Al-Arifi, and Brigadier General Mansour Othman Aba Hussein. Both are described as “support officers (security and protection) for the Saudi Crown Prince”.

An eighth man, identified on audio tapes whose content was disclosed to MEE as performing the dismemberment of Khashoggi while he was drugged but still alive, is Salah Muhammad al-Tubaigy.

Tubaigy had two senior posts. One was as the chairman of the forensic evidence department within Saudi General Security. The second was chairman of the Scientific Council of Forensic Medicine within the Saudi Commission for Health Specialities.

This is the Saudi equivalent of the General Medical Council, the UK’s medical regulator, and in such a senior post Tubaigy would be an examiner of doctors wanting to qualify as specialists in forensic medicine, and would decide on whether doctors trained abroad were qualified to work as forensic specialists in Saudi hospitals.

The New York Times reported on Tuesday that Tubaigy had published research on dissection and mobile autopsies and said that his presence among the suspects “suggests that killing might have been part of the original plan”.

The latest revelations about bin Salman’s close links to seven of the 15 suspects are likely to further raise suspicions about what the crown prince knew, and whether an operation involving high-level members of his own security detail could have been sanctioned without his knowledge or express orders.

Officially the crown prince, who is also defence minister, controls all three of Saudi’s armed forces, the defence ministry, the national guard, and the interior ministry.

On Tuesday, US President Donald Trump tweeted that bin Salman had "totally denied any knowledge of what took place” in Istanbul and had launched a “full and complete investigation into this matter”.

Trump spoke to bin Salman during a visit to Riyadh by US Secretary of State Mike Pompeo which came with the White House’s close alliance with the Saudi royal coming under growing scrutiny over Khashoggi’s disappearance.

The British foreign office told MEE that it would have to ask Saudi officials to confirm members of the crown prince’s delegation during bin Salman’s visit to London.

MEE has contacted Saudi embassies in London and Washington for comment. 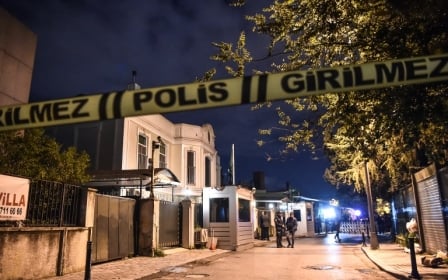 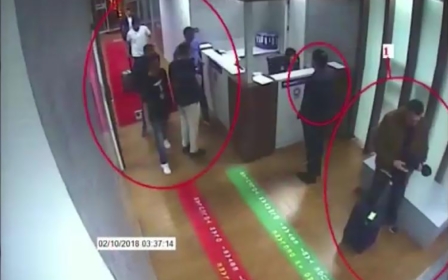 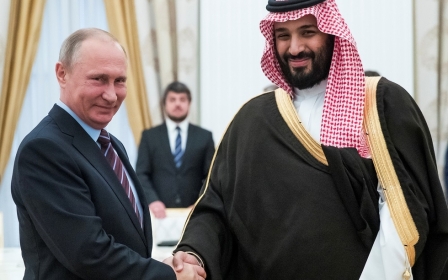