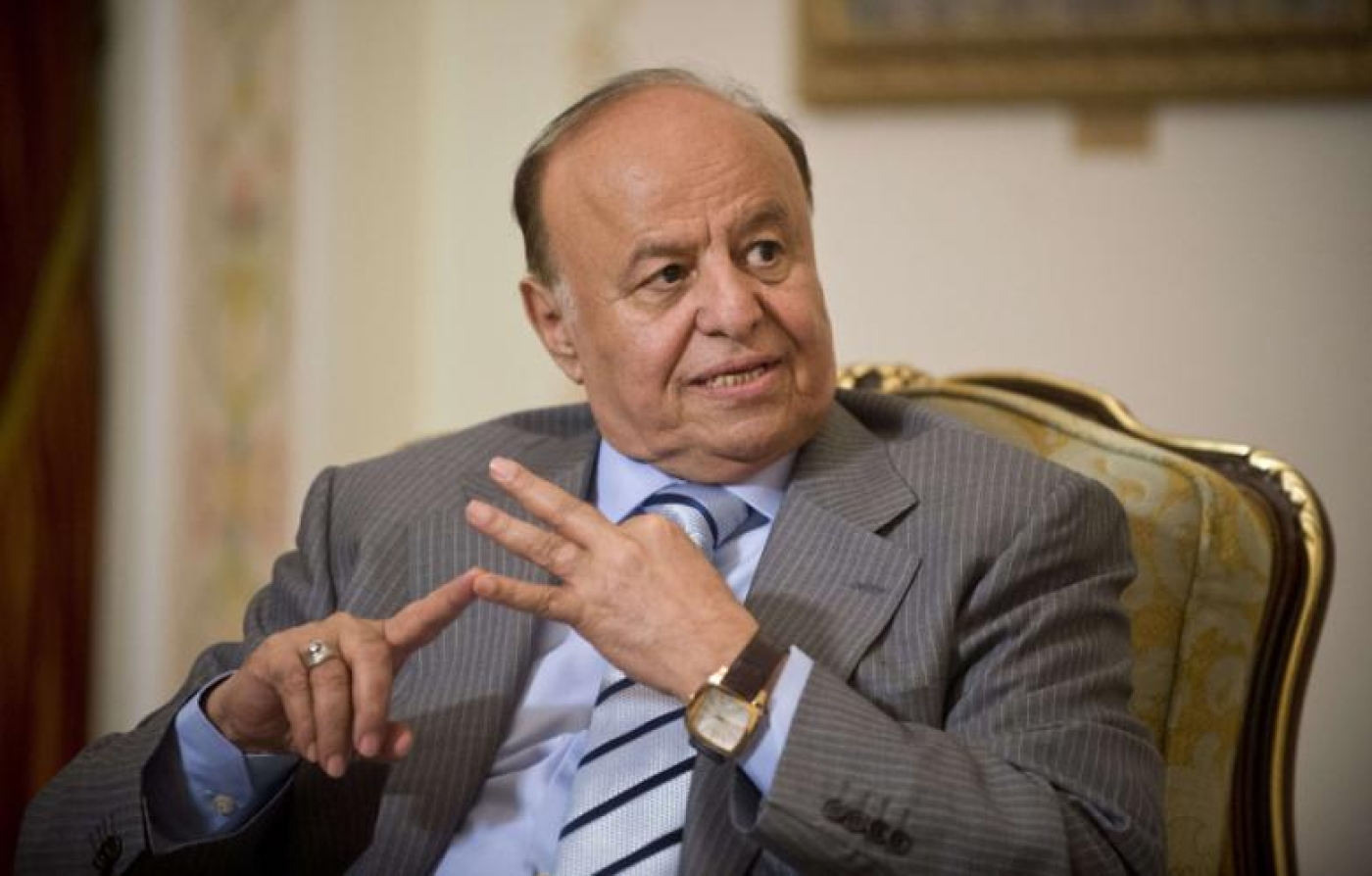 Yemeni President Abd Rabbuh Mansour Hadi has accused Mohammed bin Zayed, the crown prince of Abu Dhabi and deputy supreme commander of the Emirati armed forces, of behaving like an occupier of Yemen rather than its liberator, Middle East Eye can reveal.

The feud between the two men threatens to split the alliance of forces that are fighting the Iranian-backed Houthis.

Sources close to Hadi told MEE that an angry confrontation took place between the two leaders when Hadi flew to Abu Dhabi in an attempt to patch up differences over who controls Aden's airport, a key supply route for Emirati-backed troops and the Yemeni president himself.

The meeting in late February lasted 10 minutes, took place in a side room in the palace - not the official meeting place for visitors - and ended in a burst of anger and mutual recrimination, sources said.

When Bin Zayed reminded Hadi of how much the UAE had sacrificed in the fight to liberate Yemen, Hadi responded by saying the Emiratis were behaving "like an occupation power in Yemen rather than a force of liberation". This enraged Bin Zayed even more, the sources said.

The feud between the two men has stymied at least two attempts by the Saudis at mediation and now Hadi has sacked two men close to the Emiratis.

They are Aden's governor Aidarus al-Zubaidi, and Hani Ali bin Braik, a minister of state and general commander of the forces of the Security Belt, run by the UAE.

The Aden airport issue first erupted when Hadi himself was refused landing permission in early February and had to land instead on the Yemeni island of Socotra before he made another attempt to fly back into Aden.

Hadi responded by firing the head of the airport, who had refused to obey orders.

Hadi then had Brigadier General Muhran Qabati, commander of the Fourth Brigade - which acts as the presidential bodyguard - lay siege to the airport, and clashes between the two sides followed.

The Saudis attempted to mediate by arranging a meeting between the Saudi defence minister, Mohammed bin Salman, Hadi and Bin Zayed in Riyadh. The meeting in Abu Dhabi between Bin Zayed and Hadi took place two weeks after that.

Hadi threatened to go ahead with the sackings, but Riyadh made a second attempt to intervene.

All appeared to calm down until last week, when a second incident occurred at the airport.

Qabati's plane landed at the airport, and the Emiratis in control of the airport refused to allow him to leave.

Qabati refused to fly away from the airport in the airplane he came in on. The standoff was finally resolved when the Saudis flew a private jet to take the brigadier general back to Riyadh.

This incident was the last straw for Hadi, who went ahead with the firing of the governor of Aden and the minister. Other sackings will follow, sources say.

The Saudis have since been forced to back Hadi publicly. Hadi's legitimacy has been endorsed first by a meeting with the Saudi king, Salman, and then by meeting the US ambassador.

According to Arabi 21, Bin Salman is said to have declared Riyadh's support for "all the decisions, measures and arrangements that support legitimacy and put in order the security and military situation in Aden and the rest of the provinces".

No one knows quite what Bin Zayed will do now. Apart from the presence of Emirati special forces in Yemen, the UAE is expanding its grip on southern Yemen by funding groups loyal to them. One is 15,000 strong.

The UAE's foreign minister, Anwar Gargash, has criticised the sacking of the two men described as close to the UAE.

In a tweet on his personal Twitter account on Saturday, Gargash said: "Among the rules of political action is that you should build trust with your allies, that you should not stab them in the back, that your decisions should be commensurate with your capabilities and that you put public interest ahead of personal ones."

Another sign of official Emirati anger with Hadi was apparent in a tweet by Dhahi Khalfan Tamim, Dubai's head of security.

He said: "Replacing Hadi is a Gulf, Arab and international demand."

He added: "The first steps toward a solution in Yemen would be to end Hadi's reign, which has eroded with time."

Khalfan went on to say: "What the UAE and the resistance have achieved is being demolished by Hadi. Is this a president who deserves that we deal with?"

The Saudi-backed campaign has now lasted two years and the Houthi rebels show no signs of being dislodged from the capital Sanaa. Some 10,000 people have died and more than 40,000 been injured in the campaign.

Middle East Eye recently reported that a brigade of Pakistani troops has been deployed to protect Saudi Arabia's vulnerable southern border from strikes and rocket attacks from the Houthis.