Fatah and Hamas talk reconciliation - but are Palestinians convinced? 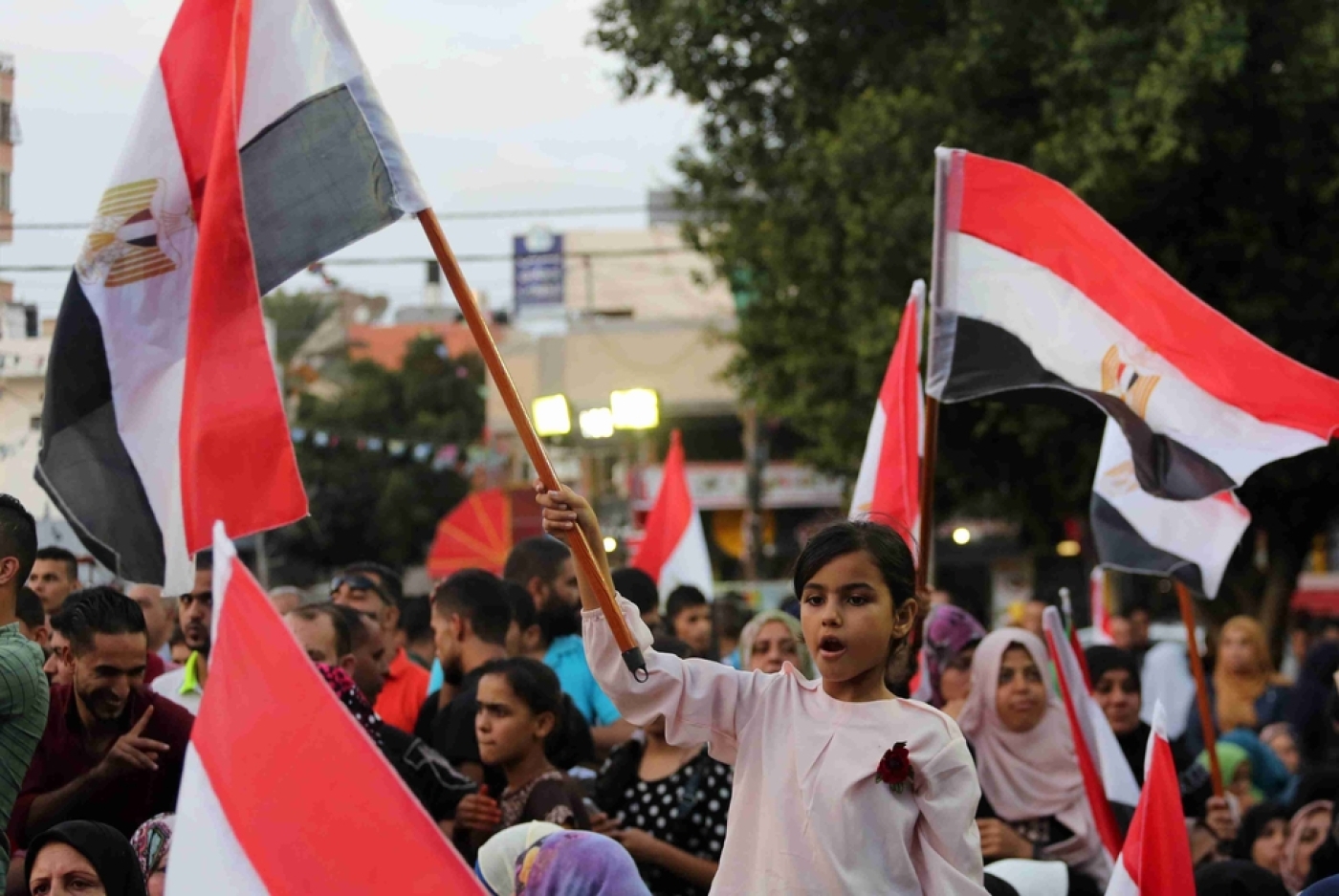 GAZA CITY - Sari Rabaya bled for more than four hours after the Israeli military shot him in his garden in east Al Burayj in January 2006.

He lost his left kidney and part of his right one, sustained injuries to his liver and suffered two fractures in his back and one in his chest. Since then he has been confined to a wheelchair.

Rabaya has repeatedly tried to travel to Germany for therapy, but his application to get a permit to leave Gaza was always rejected - which he blames on the 11-year-old division between Palestinian leaders in Gaza and the West Bank.

'It’s not about feeling optimistic or pessimistic, we in Gaza feel numb'

Recently efforts to reconcile feuding parties - Hamas and Fatah - have been rekindled. Palestinian Prime Minister Rami Hamdallah will head to Gaza on 2 October, his government said on Monday, part of efforts to resolve the conflict between the powers that rule Gaza and the West Bank.

But the news has done very little to cheer Rabaya, a 28-year-old design graduate and hip-hop artist. “It’s not about feeling optimistic or pessimistic, we, in Gaza, feel numb,” he says. “It’s not the first time both parties tell us they are going to reconcile, we don’t see anything on the ground.

“Enough is enough, I’m fed up. Even if they reconcile, I’m not going to stay in Gaza. I want to get my treatment and spend the rest of my life with dignity.”

The conflict between Hamas and Fatah, Palestine’s two key political parties, dates back to 2006 when Hamas won the elections in Gaza. The following year, the Palestinian Authority split: since then Hamas has been the de facto government in Gaza, with Fatah running the West Bank.

At the same time Israel has besieged Gaza by air, sea and land. The blockade has shaved around 50 percent off Gaza’s GDP, while unemployment, at 60 percent, is the highest in the world.

There have also been restrictions on freedom of movement, even for those – like Rabaya - seeking necessary health services; and job cuts imposed by the Palestinian Authority from the West Bank.

Hamas met with Egyptian intelligence officers in Cairo last week and announced on 17 September that it would dissolve the administrative committee formed in early 2017, amid accusations from the West Bank that it was a shadow government to rival the Palestinian Authority. Hamas also vowed to talk to PA President Mahmoud Abbas without preconditions.

That Hamas has made this move reflects the pressures it has endured from Israel and Abbas. During this summer, power cuts in Gaza increased while Qatar - amid the fallout from the Gulf crisis - stopped funding Hamas and many projects in the coastal enclave.

Speaking at the United Nations General Assembly on 20 September, Abbas hailed Hamas’s latest moves, which included the dissolution of the committee.

"We are thankful for these efforts aimed at nullifying the measures undertaken by Hamas following the division," he said, adding: “We have also repeatedly affirmed that Gaza will not be the Palestinian state, and that there can be no Palestinian state without Gaza."

Hamas: The ball is in Fatah's court

Musheer al-Masri, a senior Hamas official, told Middle East Eye that the new developments paved the way for a historical opportunity to end the Palestinian division that both parties must invest in immediately.

In recent years those “punishments”, intended to weaken Hamas, have included major electricity cuts of up to 21 hours a day. It means only around three percent of the water in Gaza is suitable for human consumption, while 73 percent of the coastline is now dangerously polluted with sewage.

Masri added: “If the PA don’t positively respond to the reconciliation, then it will lead to a new Palestinian catastrophe. It will be a massive blow for the Egyptian efforts.

"We are waiting for serious action from the PA after dissolving the administrative committee, which Fatah has said was the biggest barrier for reconciliation."

Ibrahim Madhoun, a political analyst at the Palestinian Research Centre allied with Hamas, said that it was too early to determine whether current reconciliation efforts would come to fruition - but it was clear that both parties were ready to talk.

The ball, he said, was now in Fatah's court. “It is also clear that Hamas is responding rapidly to Fatah, while Fatah is slow and hesitant.”

Fatah: We and Hamas have learned a harsh lesson

Abu Juda Nahal, a member of Fatah’s Revolutionary Council, told MEE that it was willing and ready to reconcile with Hamas - but that it would take time.

“We have to solve all the accumulated problems caused by the Palestinian division and the consequences of 11 years of blockade, and this is not something that can happen in one day and night.

“People in Gaza do not trust us as Palestinian leaders anymore; we have to deal now with the problems and obstacles that could potentially ruin the reconciliation efforts."

He said employees’ salaries and security required immediate attention and called for elections as soon as possible.

"There is no excuse for not giving employees in Gaza their full salaries starting in November," he said. “The Palestinians have the right to choose their government. Forming a national unity [government] is the only solution for ending the humanitarian crisis in the Gaza Strip.

“Hamas and Fatah learned a harsh lesson; we have to form a Palestinian unity government because our real enemy is Israel.”

Nahal also spoke of the role former Fatah leader Mohammed Dahlan played in the talks in Egypt with Hamas. His popularity has only increased in Gaza after he negotiated the opening of the Rafah checkpoint with Egypt and arranged compensatory packages for the families of those killed in the inter-Palestinian violence.

Many observers now tip him as a successor Abbas, 82, when he eventually steps down or passes away.

Palestinians are currently taking to social media platforms to speak extensively of these reconciliation efforts.

But on the streets and in the cafes of Gaza, the mood among the public is very different to that of politicians. While many have tried to be positive...

Translation: The only thing we can do about reconciliation is be positive. It is the only thing that can end the 11-year nightmare we have been living.

...others have been more pessimistic.

Translation: The reconciliation this time is another failed attempt, there is nothing convincing on the ground.

And some are simply angry.

Translation: We've been waiting for 11 years for reconciliation after the future of a million youths in Gaza has been lost. Is this the right thinking now? If you are going to reconcile after all these years, why did you kill us for 11 years?

Many say they have lost trust in Palestinian leaders, regardless of their political affiliation, and, mindful of the past, they do not think reconciliation is possible. Aside from restrictions on electricity, salaries, employment and movement, the population was also caught up in wars with Israel in 2008, 2012 and 2014.

Mohammed Daher, 27, a freelance photographer, said that he was unable to find a full-time job with a permanent salary since he graduated in 2012.

'I can’t build a future with my daughter and wife. Before discussing Hamas and Fatah’s demands, they need to think about our demands'

“I can’t build a future with my daughter and wife. Before discussing Hamas and Fatah’s demands,” he said, “they need to think about our demands.”

Mai Nasser, 21, a business administration student, said: ”The same reconciliation scenario has been repeated in the past years. The division has affected our lives - no salaries, no electricity, no borders. Eleven years of division ruined thousands of people’s lives. Reconciliation is more like a dream that won’t ever come true."

Yasser Hamouda, 38, a maintenance technician who worked with the PA before 2006, spoke to MEE at Al Jundi Al Majhoul Park in Gaza City. “They have cut my salary consistently since 2006. I have been waiting 11 years to retrieve my full salary."