Festival of Newroz celebrated across Turkey even as arrests are made 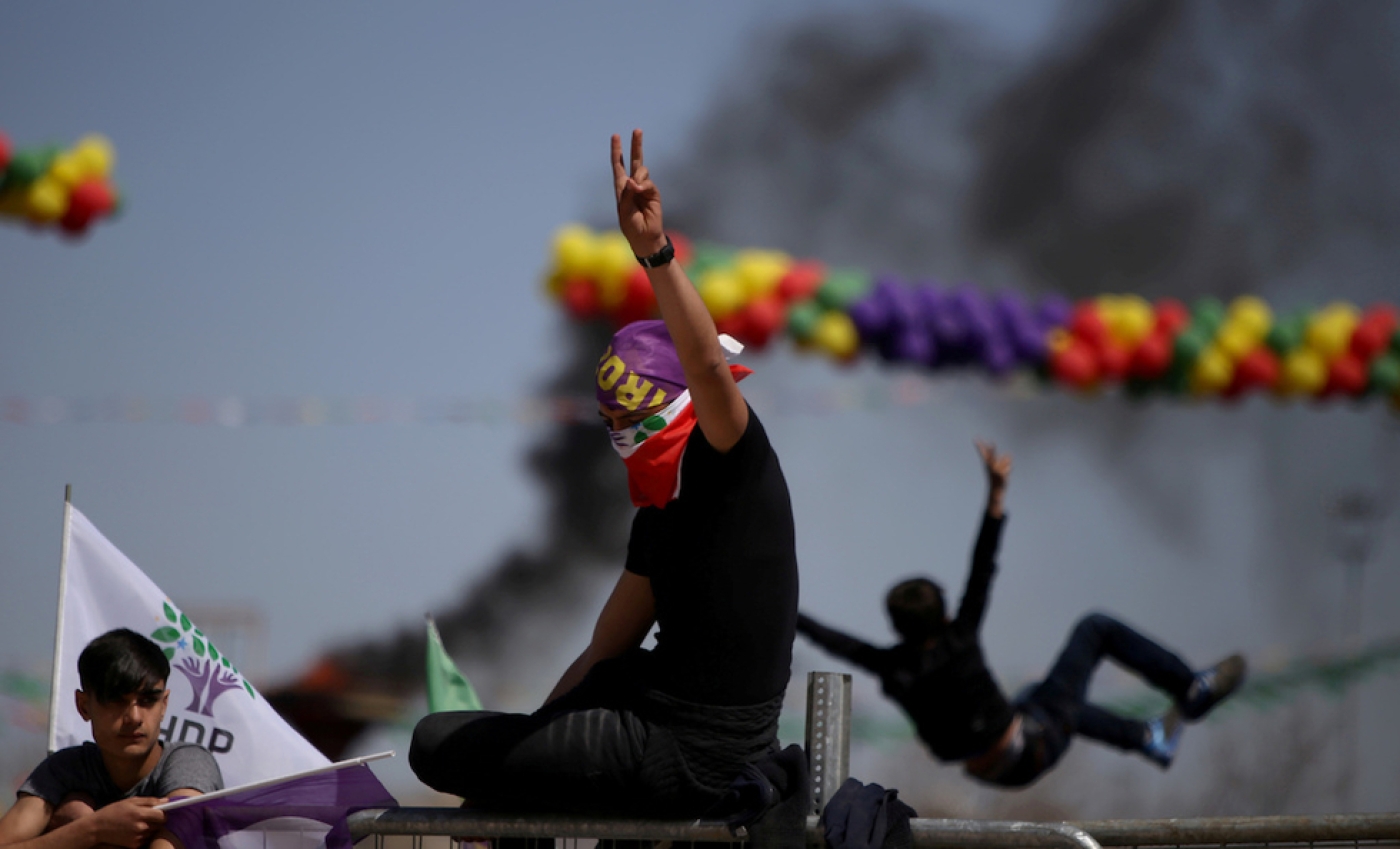 Dozens have been detained across Turkey as Kurds celebrated the festival of Newroz (also called Nowruz), the Persian New Year.

Millions of Kurds and pro-Kurdish Turks gathered in towns and cities across the country, including Istanbul and the eastern city of Van, with the largest celebration taking place in the southeastern city of Diyarbakir.

People are gathering at the Newroz square in Diyarbakır to celebrate the festival of spring, revival and resistance. #NewrozPîrozBe pic.twitter.com/skjG7Zs4ew

Demonstrators waved flags belonging to the pro-Kurdish People's Democracy Party (HDP) and others bearing the face of Abdullah Ocalan, founder of the outlawed Kurdistan Workers Party (PKK) and ideological figurehead for a number of Kurdish organisations.

Men and women danced in the streets to Kurdish and rebel music, while others lit bonfires and torches. Some took part in the traditional practice of jumping over bonfires.

The gathering in Diyarbakir, which has seen brutal violence between Kurdish fighters and the Turkish state in recent years, was marked by a show of solidarity with pro-Kurdish fighters in the Syrian enclave of Afrin. Police helicopters circled over head while water cannons were kept on stand-by.

Afrin, which fell to Turkish forces earlier this week, had been under the control of the People's Protection Units (YPG), who are ideologically and organisationally linked to the PKK.

HDP co-chair Pervin Buldan slammed the tearing down of a statue of the Kurdish folk hero Kawa by pro-Turkish forces at the weekend.

"Those who tore down the statue of Kawa in Afrin should know that every woman, man and child gathered today in this square is Kawa," he told the crowd.

He added that the HDP were ready to challenge the AKP and their allies the Nationalist Movement Party (MHP) in the upcoming 2019 parliamentary elections.

"None shall fall into despair. Those imposing tyranny on a people desiring liberty shall face defeat," he said.

"That day is coming close. We will give a historic lesson to the AKP & MHP alliance in the elections"

The ruling Justice and Development party (AKP) had at one point been seen as progressive on Kurdish issues and commanded a large electorate in the Kurdish southeast. However, since the rise of the HDP in 2015, the return to fighting with the PKK and the increasingly nationalistic rhetoric of the AKP, support for the party has dropped dramatically.

This year's Newroz marks five years since the initiation of a peace process between the AKP and the PKK, which dramatically collapsed in July 2015 leading to the reignition of hostilities. The day - banned in Turkey until the 00s for its Kurdish nationalist connotations - was chosen for its symbolism as the date to announce the beginning of a ceasefire.

On Monday, PKK fighters launched attacks in Diyarbakir and the town of Bitlis, leading to the deaths of one soldier and two civilian volunteers.

Celebrations in other parts of Turkey were marked with arrests and severe security restrictions.

The independent Dokuz8 news site said that at least 35 people had been arrested attempting to reach celebrations in Istanbul's Bakirkoy district.

On Tuesday, Istanbul police said they had detained 16 members of the PKK's youth wing ahead of the celebrations on suspicion of preparing for "pirate demonstrations" and "attacks".

The state-run Anadolu news agency said another 11 people were detained in the capital Ankara for "preparing for a provocative attack ahead of Newroz" and police were searching for 14 more. AA described the detainees as PKK members.

In the southeastern province of Sirnak, police detained 76 people with suspected links to the PKK, a security source said. A small pro-Kurdish party, the Democratic Regions Party, said 27 people, including one of its officials, had been detained in raids in the southern province of Hatay.

Iranians, Georgians, Afghans, as well as other groups, also celebrate Nowruz. Iran’s Supreme Leader Ali Khamenei delivered his Nowruz address on Tuesday, saying that the slogan for the new year would "support for Iranian products."