Performances from past and present Arab stars and show of solidarity for Palestinians, as Qatar kicks off test-run tournament before World Cup 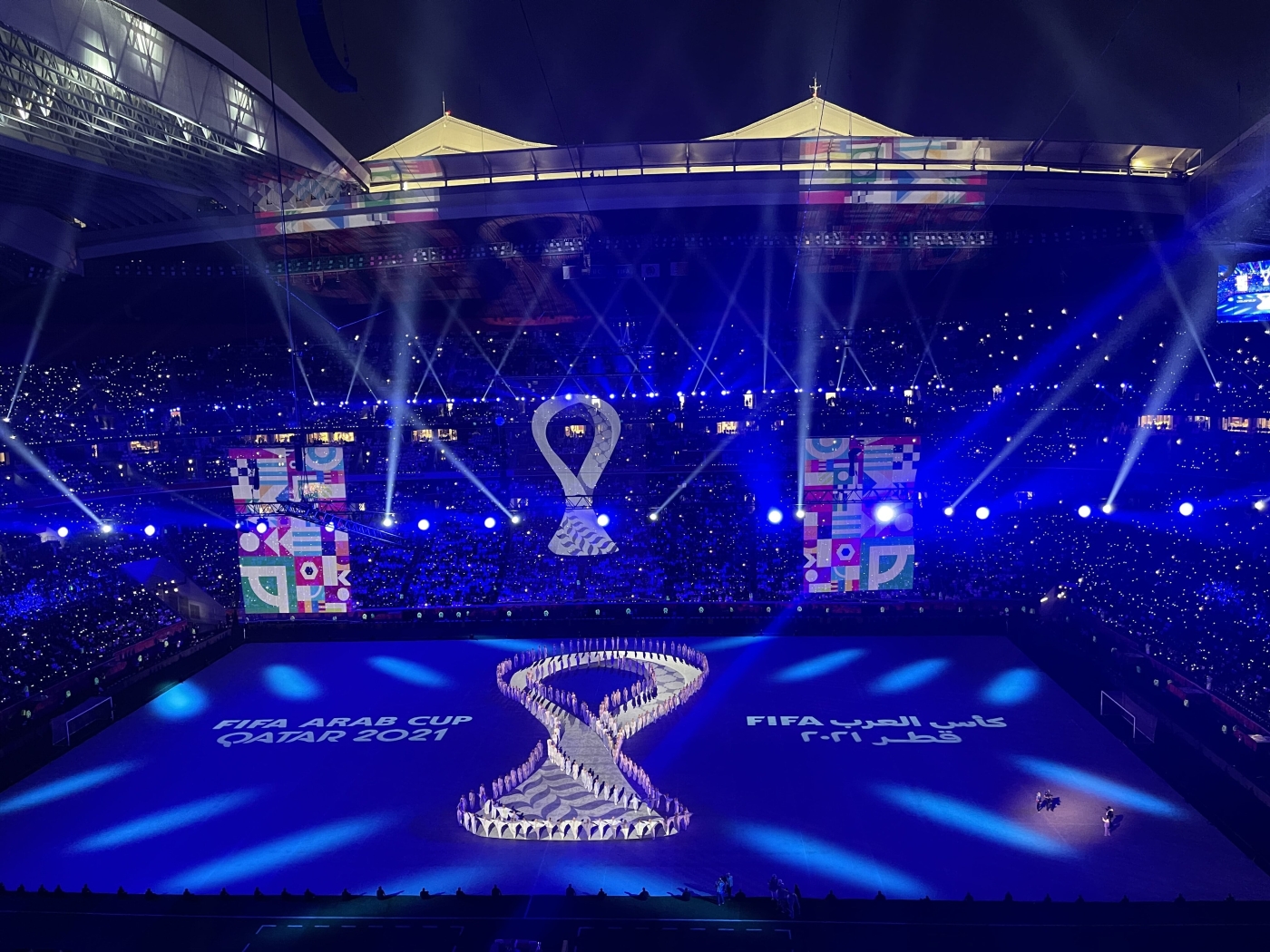 The first-ever Fifa Arab Cup kicked off in Qatar on Tuesday, as tens of thousands of fans watched an extravagant opening ceremony celebrating the Arab region.

Over 47,000 people, including several Arab leaders, flocked to the newly inaugurated Al Bayt stadium, as the host nation faced off against Bahrain.

The Arab Cup will act as a test run for the World Cup, with just under a year to go until Qatar hosts football’s biggest event.

“We have waited over 10 years for the World Cup, and now this is our first chance to feel what it will be like next year,” 31-year-old Doha resident Ahmed told Middle East Eye. “God willing, this tournament will prove to the world that we have the best facilities, stadiums and fans, and we are ready.”

The theme of the opening ceremony was to celebrate not just Qatar, but the region as a whole. Performers on the night included Iraqi artist Rahma Riyad and Egyptian festival singer Hassan Shakoush.

But the most popular stars were those not actually in the stadium: holograms of past and present Arab figures proved to be a huge crowd pleaser. Technology brought to life late, legendary figures like Algerian-Lebanese singer Warda al-Jazairia, Kuwaiti actor Abdulhussain Abdulredha and Egyptian comedian Saeed Saleh.

And no pan-Arab celebration would have been complete without an appearance from Lebanese star Fairuz - even if only in two dimensions.

There were many Lebanese in attendance, as well as fans from neighbouring countries.

“We are supporters of Lebanon, but we are also supporters of Arab countries. This is a tournament not just for Qatar, but for all of us,” a group of Lebanese students wrapped in their country’s flag told MEE.

To reinforce the idea of togetherness, the ceremony concluded with a live performance that combined the national anthems of all the world’s Arabic-speaking nations.

The first anthem to be played after Qatar's was Egypt's, which some on social media viewed as particularly significant. In recent years, the two countries have been at loggerheads.

Cairo joined the three-and-a-half-year blockade of Doha by Gulf countries who accused the emirate of interfering in their internal affairs and supporting terrorism. But the two have since normalised relations, and football has been used as a tool to heal the rift.

Another country that was party to the blockade, Saudi Arabia, was also widely cheered.

Several Syrians on social media expressed disappointment that the flag used by supporters of Syria's revolution was not used during the ceremony.

The anthems that garnered the loudest applause appeared to be Palestine, Tunisia and Lebanon - three countries that have faced turbulent times in recent months. The raucous response was widely welcomed by Palestinians online, who saw it as a show of solidarity for their struggle.

“This clip brought us back the longing to be one united nation,” said Gaza-based journalist Ali Siam.

“In the name of God and with God’s blessings, I declare the opening of the Fifa Arab Cup Qatar 2021, wishing all national teams well. All Arabs are welcome to the Doha of all Arabs,” Sheikh Tamim told the crowd.

“Qatar is the house of unity, the house of the Arab world today and the world tomorrow,” added Fifa president Gianni Infantino, speaking in Arabic. “Let us be one nation and one football family."

Following the ceremony, Qatar got the tournament under way with a hard-fought 1-0 victory over Gulf neighbours Bahrain.

Speaking to MEE after the match, Qatar’s head coach, Felix Sanchez, said: “It was amazing to see the amount of people that came to support the team. It really helped us and we are very happy to see the atmosphere today in the stadium.”

With only five teams from Africa due to qualify for the World Cup next year, and between four and five from Asia, most teams participating in the Arab Cup will not make it to the first World Cup in the Arab region.

Qatar, who have never featured at a World Cup before, automatically qualify as hosts.

Sanchez said that the Arab Cup was akin to training for the World Cup, and would be a good experience for his squad with one year to go.

Asked by MEE if anything other than winning the Arab Cup would be a failure, he said: “This is about trying to play at our best level. We are 16 teams and all of us are here with the same target: we want to win. I think the target is to work game by game.

"Our group is very tough, and we know that each game is going to be like a final, so we need to just focus on the next game,” he added.

Earlier in the day, hundreds of fans were stuck in long queues, waiting to collect the mandatory fan ID cards needed to attend games. Several fans complained of mismanagement and a lack of organisation.

A media official told MEE that mistakes were bound to happen, and that the point of the Arab Cup was to identify areas in need of improvement before the World Cup. 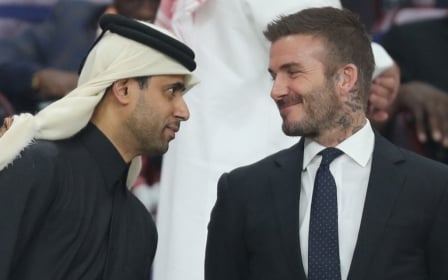 Sport
The new football season: What to expect in the Middle East