ZURICH - In the mid-afternoon gloom, there was little indication that this Swiss city was about to become the focus of a global sporting storm, as two Arab candidates join others battling to become the head of global football.

The only visible sign bearing FIFA's branding discreetly pointed delegates to their appropriate entrances. There were no red carpets, no outside broadcast units, little sense that this was about to become the arena where the future of the world's biggest sport will be decided.

But such are the ways of sporting elections, where most business is conducted behind closed doors. For now it is Zurich’s hotel lobbies and suites where furious lobbying is taking place to decide who will become the new head of football’s scandal-hit world governing body.

The consequences of what happens on Friday – where all eyes will be on Hallenstadion in Zurich - will have a huge impact on the game and may even save FIFA from being broken up.

The Middle East, particularly the Gulf, is now so deeply entrenched in the global sporting economy that it will make its voice heard one way or another in Friday’s election.

One of the two frontrunners is Bahrain’s Shaikh Salman Bin Ibrahim al-Khalifa, the 50-year-old president of the Asian Football Confederation (AFC).

As well as his own confederation, he is backed by the Olympic Council of Asia (OCA) and has strong support from the Confederation of African Football (CAF), a powerful array of interests that have played decisive factors in previous sports elections.

Yet the Bahraini is dogged by controversy. Salman is alleged to have been part of a committee in Bahrain that identified athletes involved in 2011 pro-democracy protests who were then arrested and in some instances tortured.

Salman, who was federation president at the time, has denied the unproven claims as "nasty lies" and says he can guarantee "a million percent" that players were not mistreated.

"I thought I won’t be able to walk again, they’ll beat me to death. They behaved like monsters," he told German TV this week. Others were simply excluded from playing, he alleged.

Human Rights Watch’s Gulf researcher, Nicholas McGeehan, told Middle East Eye: "It"s up to FIFA delegates to decide if [the claim] makes him suitable for presidency, but most sensible people are likely to conclude that he should have no place near the game until he can satisfactorily answer some very serious questions."

Ali stood unsuccessfully as FIFA president last May, but despite being accountable and reform-minded, these are not virtues widely shared in sport politics.

Most of the European support that underpinned his previous presidential bid has since eroded and Ali’s campaign has descended into a series of claims about the integrity of the electoral process.

He has also taken a swipe at Salman. On the unproved allegations of Salman's conduct, he said: "The simple, basic fact of the matter is that this person did not protect or stick up for his players at that time."

Only one non-European has previously held the FIFA presidency and it may stay that way.

Gianni Infantino, a Swiss from the disgraced outgoing president Sepp Blatter’s neighbouring village, Brig, is the other favourite going into Friday’s election.

The 45-year-old general secretary of European football’s governing body, UEFA, was a late addition to the election following an eight-year-ban handed to his president, Michel Platini. His proposals for expanding the World Cup to 40 teams and significantly increasing cash handouts to federations are surefire vote winners, despite attracting the criticism of his rivals.

"I am entering these final days of the campaign with a real sense of momentum for a new beginning and optimism for the election and for the future," said a bullish Infantino on Monday. ‎

The chances of the two other candidates, Jerome Champagne, a former French diplomat and long-time aide to Blatter, and the South African businessman, Tokyo Sexwale, appear at this stage slim to non-existent.

"Whoever wins the election, whether it is Infantino or Salman, Qatar's World Cup is secure," James Montague, author of When Friday Comes: Football, War and Revolution in the Middle East, told Middle East Eye.

"Both have reasons to protect it. Salman is head of the AFC but more importantly is part of the Bahraini royal family. Qatar and other GCC forces have been propping up his family against a popular uprising since 2011. The idea that sport and politics is separate is a fantasy.

"Infantino will protect it because UEFA acts in the interests of its members. Qatari and Emirati money is rooted so deeply in European football - through Paris Saint-Germain, Man City, huge sponsorship deals for clubs, stadiums and competitions - that if Infantino tried such a manoeuvre he would be cutting his own throat."

Beyond the selection of a new leader, for FIFA the next few days are arguably the most important in its history.

On the eve of last May’s presidential election between Blatter and Prince Ali, police raided Zurich’s Baur au Lac Hotel, a favourite of FIFA executive committee members, and arrested several officials as part of a huge corruption and money laundering investigation coordinated between Swiss authorities and the FBI.

Further raids took place at the Miami headquarters of CONCACAF – the confederation of North and Central American football associations – and again in Zurich in December.

Five days after defeating Ali, Blatter was forced to stand down.

Despite a mind-boggling litany of corruption, Swiss and US authorities currently consider FIFA the victim, overtaken by criminals and pillaged by decades of bribery and kickback schemes.

Those left have sought to reform the organisation from within. At congress a dossier of wide-ranging governance reforms is on the table that its authors believe will overhaul the organisation and make it less susceptible to the scandal that has plagued its name.

They fear if congress doesn’t vote for change, FIFA’s status is likely to be changed to "criminal conspirator" status which in turn would lead to the organisation’s dissolution.

More police raids are anticipated over the next few days. Swiss legal and FBI sources have stated that this congress – the last such meeting in Zurich until 2019 – is of particular interest and FIFA are prepared for the worst.

"In relation to the ongoing investigations, this meeting is like an alignment of the constellations," a FIFA legal source admitted.

The result on Friday will see whose star shines brightest out of FIFA's black hole of a year. 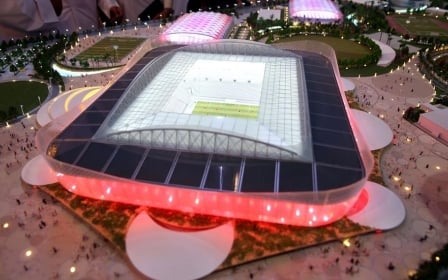