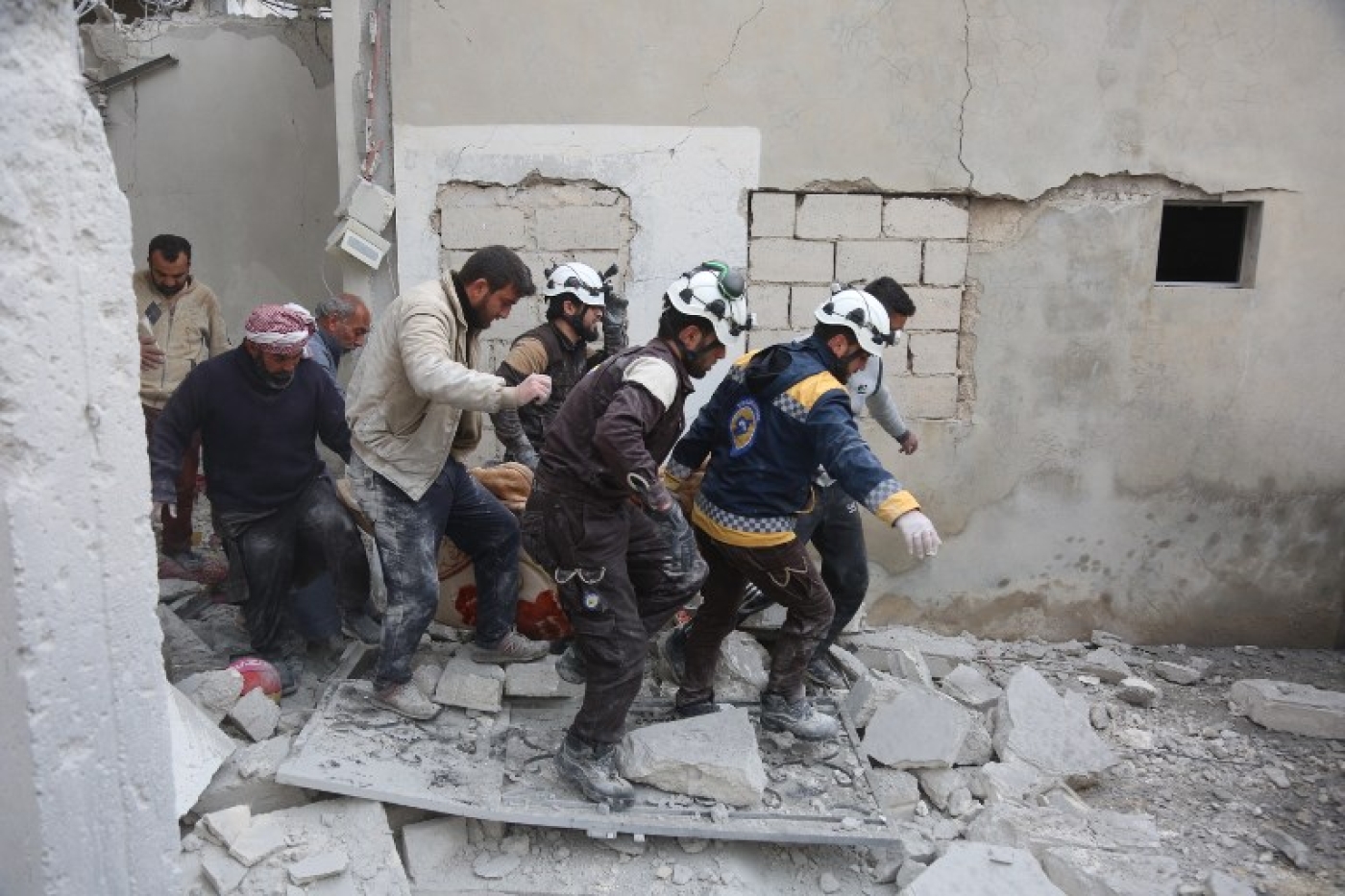 Idlib, which houses three million people, has come under increasing bombardment (AFP)
By
MEE and agencies

Violence in the northwestern Syrian region of Idlib has displaced more than 150,000 people in the past week, the UN said, as the Syrian government and Russia upped deadly bombardment on rebel bastions.

"We are alarmed by ongoing reports of aerial attacks on population centres and civilian infrastructure," said David Swanson, a spokesman for the UN Office for the Coordination of Humanitarian Affairs (OCHA).

"More than 152,000 women, children and men have been displaced in Aleppo and Idlib governorates over the past week alone," he told AFP.

The uptick in strikes and shelling on the region dominated by Syria's former al-Qaeda affiliate has also knocked 12 hospitals and 10 schools out of action, the UN said.

Idlib, which hosts three million people, has come under increasing bombardment since the militant group Hayat Tahrir took full control of it in January. On Tuesday, air strikes and shelling killed 13 civilians on an eighth straight day of bombing, the Syrian Observatory for Human Rights said.

The recent surge in attacks has raised new fears that a government offensive is imminent, prompting thousands to flee.

"This is the third time we have been displaced, but this time is the scariest," said Abu Ahmad, a 40-year-old from southern Idlib who was fleeing Tuesday with his family towards areas near the border with Turkey.

"Overflights by warplanes and shelling have been relentless," he told AFP.

The Idlib region includes a large part of the province of the same name, as well as adjacent parts of Aleppo and Hama provinces.

President Bashar al-Assad's government is in control of around 60 percent of the country eight years into the civil war, but Idlib is among the areas still outside government rule.

Battles between militants and pro-government forces raged overnight around a hilltop in the northern countryside of Hama province, following an advance by government forces, the Observatory said.

UN chief Antonio Guterres has called "for an urgent de-escalation of the situation as the holy month of Ramadan begins" and urged "the parties to recommit fully to the ceasefire arrangements" of the September deal.

French President Emmanuel Macron on Twitter demanded "a halt to the violence and support to the UN in backing a necessary political solution".

OCHA said that bombardment on the Idlib region since 28 April has also killed three health workers.

Under a September ceasefire deal, hardliners were supposed to withdraw from the planned buffer zone, allowing traffic to once again flow along the two strategic highways, which connect government-held areas with the Turkish border.

Turkey has failed, however, to secure the militants' withdrawal, prompting government forces to take matters into their own hands, AFP reported. 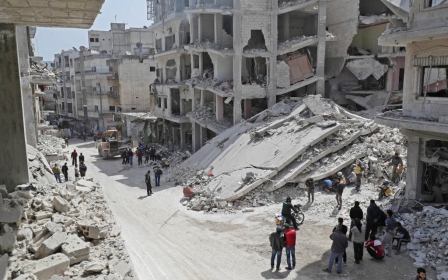