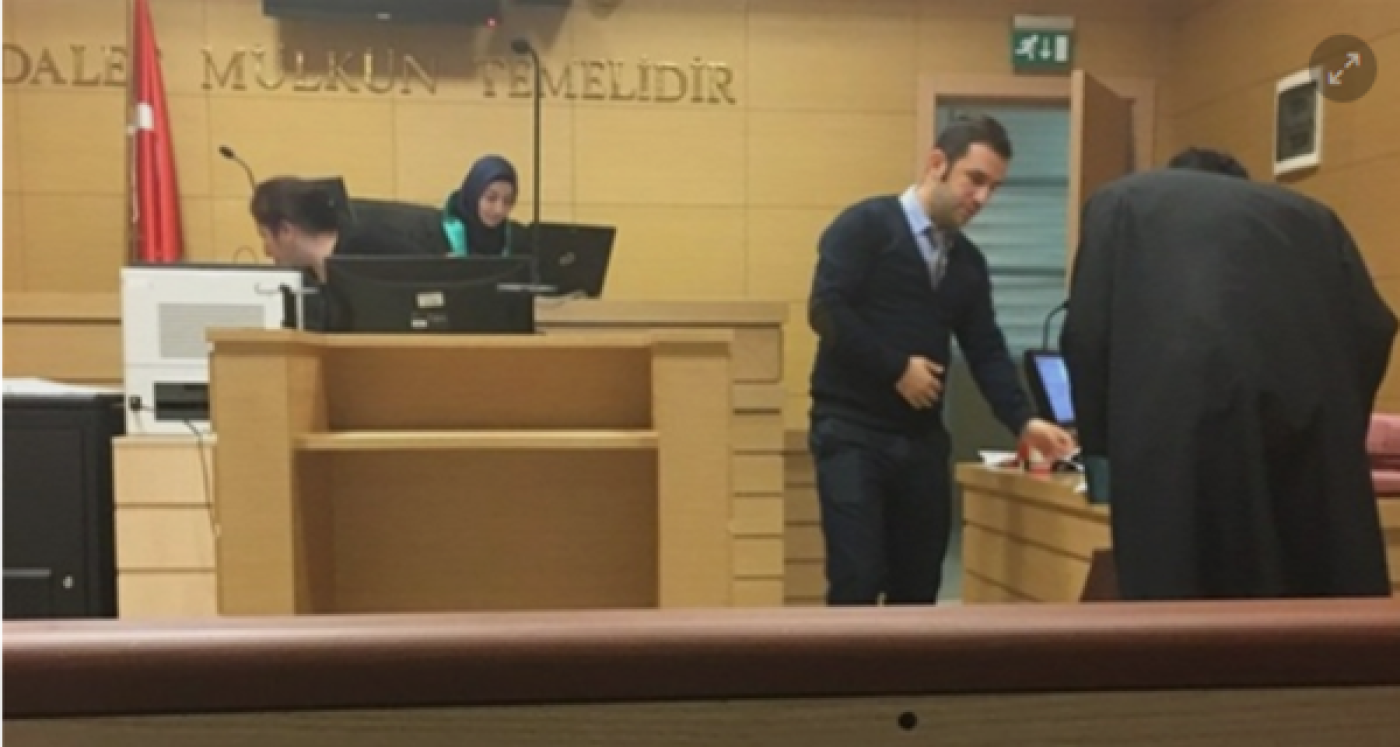 A courtroom photo of the unidentified female judge wearing a headscarf during a trial (Daily Sabah)
By
MEE and agencies
A female judge wearing an Islamic headscarf has conducted a trial in Turkey for the first time in the history of the Muslim but secular state, media reports said on Wednesday.
A picture of a young, black-robed judge wearing a dark-coloured headscarf in an Istanbul courtroom has been widely shared on social media, with some Twitter users denouncing it as "the declaration of Islamic sharia law".
The judge was not identified and the details of the case she was hearing were not known.
Turkey's Supreme Board of Judges and Prosecutors (HSYK) had lifted the ban on female judges and prosecutors wearing the Islamic headscarf just ahead of the June parliamentary election.
Over the past two years, the government has lifted bans on women and girls wearing headscarves in schools and state institutions, moves denounced by opponents as undermining the basis of Turkey's secular state.
The ban still remains in place for military and security personnel.
In a snap election on Sunday, the AKP recovered the parliamentary majority which it lost for the first time in 13 years in June. Culture
Turkey's Roma defying prejudice with the aid of Mozart