Iraqi soldiers place barbed wire in Baghdad on 18 March 2020 amid a week's curfew, part of the efforts against the spread of the coronavirus (AFP)
By
MEE and agencies

Four aid workers with a French NGO, who were kidnapped in January, have been released in Iraq.

The three French citizens and one Iraqi work for SOS Chretiens d'Orient (Christians of the Middle East), an organisation that campaigns for Christian minorities. They disappeared in Baghdad on 20 January amid anti-government protests.

In a statement on Friday, French President Emmanuel Macron said the four had been freed, but gave few details of the circumstances.

The statement said the French government had made "every effort to reach this outcome".

"The president of the republic welcomes the release of our three nationals Antoine Brochon, Julien Dittmar, Alexandre Goodarzy and Iraqi Tariq Mattoka," it added.

SOS Chretiens d'Orient said on Twitter it welcomed the release and "warmly thanked the French authorities for their work, as well as the Iraqi authorities".

Last week, SOS Chretiens d'Orient said that there had been no news of its four employees, nor had they received a ransom demand or that any group had claimed responsibility for the abductions.

The months of protests in Iraq were initially against the government. The situation was exacerbated by the US military presence in the country after a US drone strike killed Iranian general Qassem Soleimani in Baghdad on 3 January.

The Christian NGO has been active in Iraq since 2014, primarily in the northern city of Erbil, and focuses on providing support to Christian communities across the Middle East.

However, it is fiercely critical of Islam and portrays the religion as a threat to Christianity in the Middle East.

It has been branded "far right" over its links to Marine Le Pen's National Rally (formerly National Front) party in France. It has also been criticised for sending young French volunteers to Syria and offering support to President Bashar al-Assad, who it says has been "demonised".

France said on Wednesday it would withdraw its 200 military personnel working in Iraq, who are mostly trainers to local armed forces, blaming complications arising from the Covid-19 crisis. 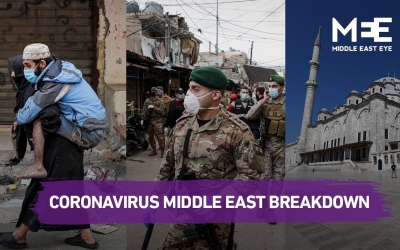 Coronavirus in the Middle East: What you need to know so far
Read More »

"The departure of the French forces comes according to agreements that took place with the Iraqi government," Khalaf said.

Iraq's military halted all training in early March to minimise the risk of the illness spreading among its forces, including from the US-led coalition helping fight the remnants of Islamic State.

The US, whose military represents the vast majority of foreign troops in Iraq, has announced the coalition will be temporarily reducing its forces. 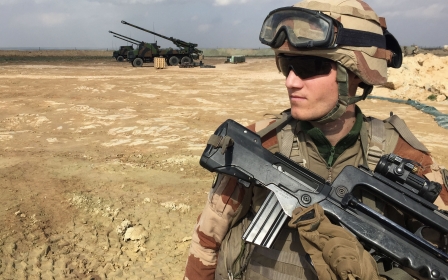 Iraq at War
France withdrawing its forces from Iraq: Report 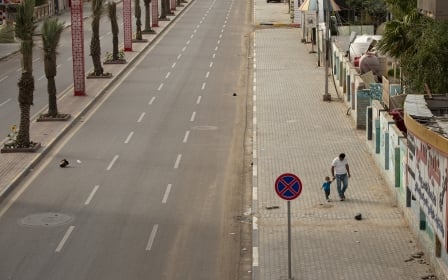