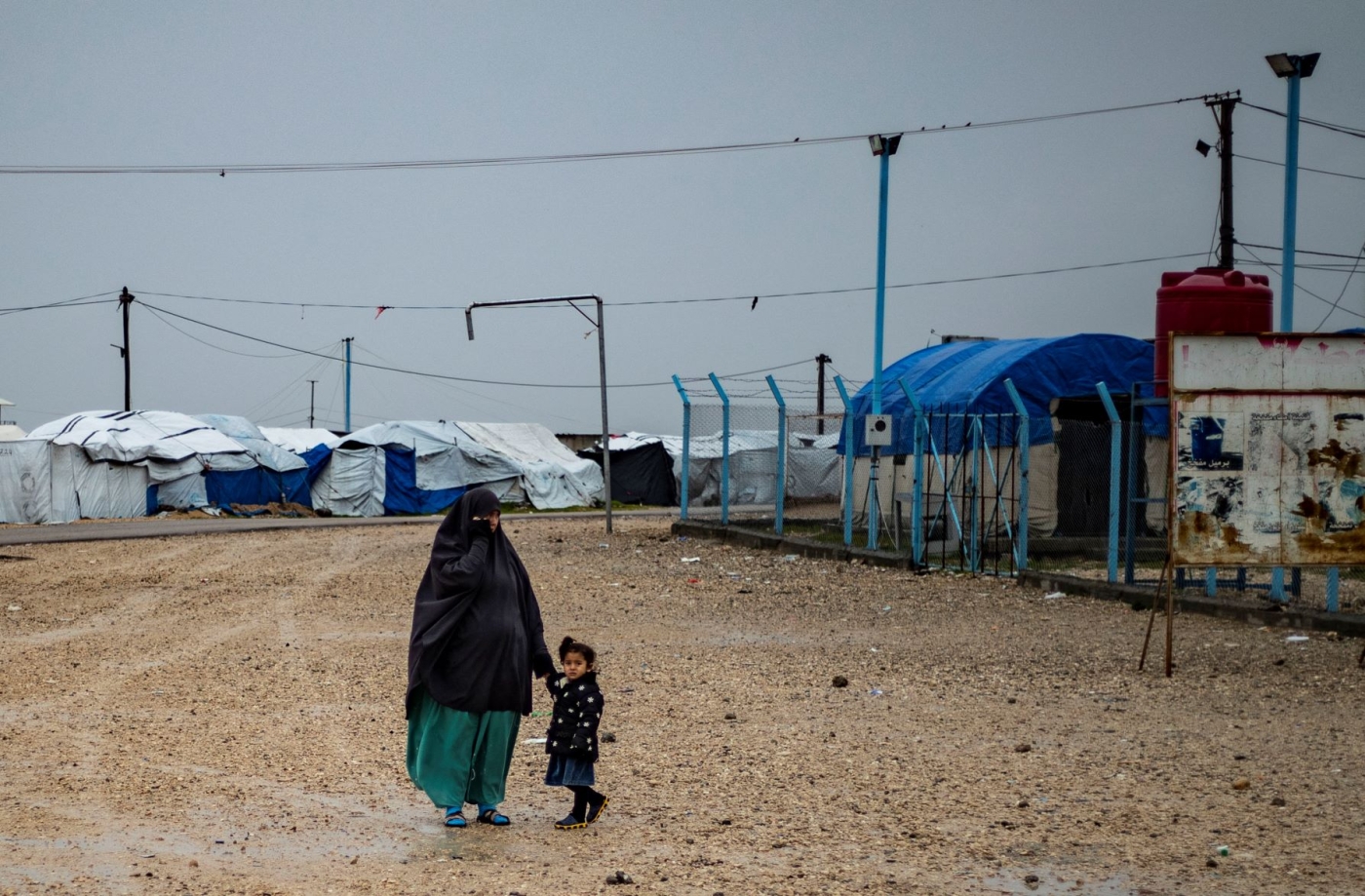 A woman and her daughter at Camp Roj, Syria, where relatives of people suspected of belonging to the Islamic State group are held, on 4 March 2021 (AFP)
By
MEE staff

France has announced the repatriation of dozens of women and children linked to suspected Islamic State members from Syrian refugee camps.

"France has today undertaken the return to the country of 35 French minors who were in camps in northeast Syria,"  the French Ministry for Foreign Affairs said in a statement.

"This operation also includes the return of 16 mothers from these same camps," it added, without specifying which camps they had come from.

The statement said the minors had been handed over to child protection services and would be subject to "medical monitoring".

It said the mothers would face judicial proceedings.

The camps are administered by the US-backed Syrian Democratic Forces (SDF) who have increasingly called for countries to repatriate their citizens as unrest has continued to build in the camps, spurred on by suspected IS activity.

France has 300 women and children in IS camps. When will they go home?
Read More »

Along with the SDF, the United Nations, the European parliament, countless rights groups and the United States have also called for repatriation of foreign citizens.

But many governments are reluctant to repatriate citizens who may have had ties to IS.

The UN last year documented cases of "radicalisation" and training at the camp, warning that foreign children were being "groomed" as future IS operatives.

Last month the UN said that more than 100 people, including many women, had been murdered in Syria's Al-Hol camp in just 18 months.

The father of a 29-year-old French woman recently transferred to Roj told MEE in February that the woman and her three young daughters barely left their tent in Hol.

“She [was] petrified that Daesh would return,” he said, using a different acronym for IS.