A French court on Thursday found the daughter of Saudi Arabia's King Salman guilty for her involvement in an assault on a worker in France.

Hassa bint Salman, the 43-year-old sister of Crown Prince Mohammed bin Salman, was accused of ordering her bodyguard Rani Saidi to beat up a plumber who was doing work inside her Paris apartment in 2016.

The court issued the princess with a 10-month suspended sentence and said she was complicit in violence with the threat of a weapon and kidnapping.

According to the indictment, plumber Ashraf Eid told police the bodyguard bound his hands, punched and kicked him and forced him to kiss the princess's feet after she accused him of filming her on his mobile phone.

The plumber claimed that he was allowed to leave the apartment only after several hours, during which his phone was destroyed, and that at one point the princess shouted: "Kill him, the dog, he doesn't deserve to live".

Ahead of the trial, Bint Salman's French lawyer, Emmanuel Moyne, claimed the investigation against his client was based on falsehoods.

Bint Salman's bodyguard, Rani Saidi, previously testified at an earlier hearing two months ago. He was charged with theft, committing a violent act involving the use or threat of a weapon, and holding someone against his will, AFP previously reported.

"When I heard the princess cry for help, I came and saw them gripping the phone," he told the court, referring to Bint Salman and Eid.

'I grabbed him and overpowered him: I did not know his intentions'

"I grabbed him and overpowered him: I did not know his intentions," he said, as reported by AFP.

"In 12 years of work, we had stories like that. Arabs want photos and the princess is someone very important for them."

Saidi's lawyer told reporters outside the court that his client contested the claim "there was any act of violence and any act of kidnapping".

"It is the word of one against the word of the other," the lawyer said, as reported by AFP.

The bodyguard has lodged a separate case for defamation against Eid. 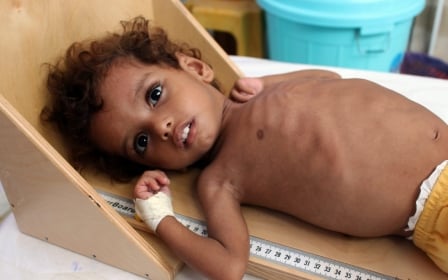