'It's time to end this': Frustrated Iraqis gear up for major protest on Friday Protesters chant slogans during a protest in Baghdad against state corruption, failing public services and unemployment (AFP)
By
Alex MacDonald

Demonstrations are set to rock Iraq again on Friday, despite lingering fears that the security forces are ready to repeat the use of excessive force and live fire to suppress the protesters.

Mounting anger over the scores killed in previous demonstrations, which have shaken Iraq since the beginning of October, has been a driving force in Friday's protest, the first to take place since the end of the Arbaeen religious festival.

A report released by the government on Wednesday said that 157 people had been killed since 1 October, blaming the violence largely on officers and commanders who "lost control over their forces during the protests [and this] caused chaos".

Abadi said that those who fired on protesters were clearly following "orders from a high central authority" and criticised the government for not revealing "who was actually responsible for giving the order to kill protesters".

An activist based in Baghdad, who did not want to be identified for security reasons, told Middle East Eye that the report was a whitewash.

"Of course they were lying," said the activist.

"Why do you think they cut the internet during the last demonstration? Because they were trying to hide what they were doing."

He said he was part of a group of three activists - two in Baghdad, one in the northern Kurdish region - who would be attending and covering the protest on Friday.

Despite the previous violence, which has also been blamed on Iran-backed armed groups and infiltrators, the activist said he did not believe there would be an exact repeat of past attacks.

"The government can't use the same argument twice," he said, referring to the government's claim that officers acted without orders.

Ahead of the larger protests set for Friday, several hundred people gathered in Baghdad's Tahrir (Liberation) Square late on Thursday, carrying Iraq's tricolour flag and calling for the country's entrenched political class to be "uprooted".

A few dozen headed towards the high-security Green Zone, which hosts government offices and foreign embassies, but were pushed back by security forces using water cannons.

Other rallies erupted in the southern cities of Diwaniyah and Nasiriyah, where demonstrators said they would remain in the streets "until the regime falls".

Just after midnight, Prime Minister Adel Abdul Mahdi said that people would be free to exercise their right to demonstrate on Friday, but warned violence would not be tolerated.

Ali Sistani, the most powerful Shia cleric in Iraq, had given the government a Friday deadline to respond to protesters' demands and is expected to give a Friday sermon that could serve to mobilise or deter demonstrators.

Protesters have railed against Iraq's widespread corruption, and the accompanying unemployment, lack of services and cronyism that has afflicted the country since the overthrow of Saddam Hussein in the US-led invasion of 2003.

A last ditch reform package announced by Abdul Mahdi on Wednesday appears to have done nothing to slow the momentum.

Ali Hussein, originally from Basra but now based in Baghdad, said that he would also be joining the protests to call for justice for the hundreds killed both in the last month and in his home province of Basra, which saw tumultuous protests in 2018.

"Young men like me get killed because they want a better life," he told MEE.

"The Basra protests last year made the people brave. They show the Iraqi people there's nothing to be afraid of."

The symbol of the Joker - as portrayed by Joaquin Phoenix in the 2019 film - has become a popular image on social media, symbolising insurrection against the corrupt establishment.

In yet another fascinating development , Iraqis change their profile pictures to the #joker in anticipation of the 25th October protests. According to many the symbol represents rising against years of oppression and bullying by the government. #iraq pic.twitter.com/KMfA9iSgLW

The Baghdad activist said his group - named #IraqiRevolution on Twitter - were calling for a root and branch transformation of the Iraqi political system.

"Not just our group - the main demand for all of the demonstrators is to change the whole government and ban all the political parties involved in the government since 2003," he explained.

"They are all corrupted, loyal to other countries, Iran, Saudi Arabia, USA."

'Our duty is to protect you'

Abbas Kadhim, director of the Iraq Initiative at the Atlantic Council, told MEE that he did not believe that the report into the violence against activists was an exoneration, as some activists and politicians implied.

"It had to be prepared in time for the October 25 protests - clearly the time was not enough," he said.

"I have not seen an event in my lifetime in Iraq that involved so many generals - top generals - being found to be at fault."

Kadhim added that when these generals faced court martial, there was no reason why they would be unwilling to name and shame the source of their orders during the demonstration.

In the wake of the report, senior military officials have moved to reassure activists that they did not pose a threat.

He also tweeted the hashtag "Our duty is to protect you" (#واجبنا_حمايتكم), which was also taken up by a number of other activists on Twitter.

Despite the apparent attempt by the security forces to present a positive front ahead of Friday's protest, Ali Hussein was not convinced.

"Bullshit, pardon my French," he said. "The security forces in Iraq are criminals! They will do anything their commanders order them, even if it means killing thousands of protesters."

"And even if there aren't any orders, they see the protesters as enemies."

In anticipation of the protests - and the unrest, blockages and shortages that are expected as an inevitable byproduct - Baghdad residents flocked to stores on Thursday to stockpile on the essentials.

Though the city has seen a relative cultural and economic revival since the defeat of Islamic State and the end of regular car bombings, the new protest movement has brought back some of the securitisation that characterised the capital for so long.

"People fear the crisis will continue for days, so they have started to accumulate food and other essentials to sustain life," said Diyari Salih a specialist in political geography at Al-Mustnasiriya University in Baghdad.

He told MEE that Baghdadis were "used to this behaviour in times of major crisis".

'Clean Iraq from corrupters and fools'

A number of political parties have announced their support, either openly or tacitly, for Friday's demonstration.

Cleric and political leader Ammar al-Hakim did not offer full support, but said on Twitter that his Hikma movement would "not stop our supporters from protesting in a personal capacity".

The influential Shia cleric Muqtada al-Sadr called on his supporters to participate on Friday. “The government leaders and politicians are in a state of fear because of you, they are completely unable to fix anything within this country,” he said in a statement.

“Therefore, I ask everyone to start the revolution which will clean Iraq from corrupters and fools.”

However, Sadr's intervention into the protests has been less than welcome in some quarters.

Activists have regularly accused the cleric - who has attempted to portray himself as an anti-establishment figure despite his supporters' participation in government - of attempting to hijack anti-corruption protests.

The accusations stretch back to 2016 when anti-corruption protests launched by civil society groups ended up being dominated by Sadrists.

In the run-up to Friday, a number of demonstrators began circulating the hashtag "Don't ride the wave" (#لاتركب_الموجة), criticising Sadr's attempt to "ride the wave" of the protest (often accompanied with a photoshopped image of Sadr surfing).

'They are all liars'

Kadhim told MEE that the main risk from the involvement of Sadr was that the "leaderless" nature of the protests could be lost.

However, he said that the movement could also potentially benefit from effective political organisation - adding that Sadr draws most of his support from the poor and underprivileged groups who are most affected by Iraq's structural problems.

Salih said although he did not believe that Friday would see a repeat of the violence seen at previous demonstrations, there was a potential for clashes between armed Sadr supporters and members of the largely Iran-backed Hashd al-Shaabi militias.

"This is the worst-case scenario for how things might negatively develop - thus, Iraqi political parties must reach a quick settlement on this crisis," he said.

Trust in the established parties, however - seen as impossibly mired in corruption and cronyism - has reached its lowest ebb.

For the #IraqiRevolution activist, there is nothing to be gained by listening to the political class.

Citing the example of Tunisia in terms of governance, and the United Arab Emirates in terms of prosperity, he argued that the entire parliamentary system needed to be thrown out and replaced with a presidential system, directly elected by Iraqis.

As such, there is virtually no one worth preserving from the current batch of politicians - and Friday's demonstration is set to show that.

"We don't support anyone. We did before, but they are all liars," he said. "Iraq has been suffering for 16 years - it's time to end this." 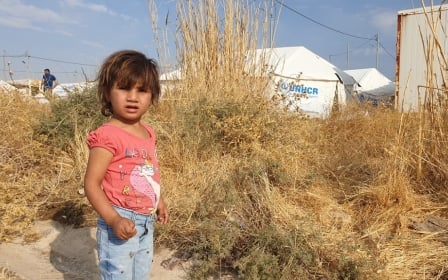