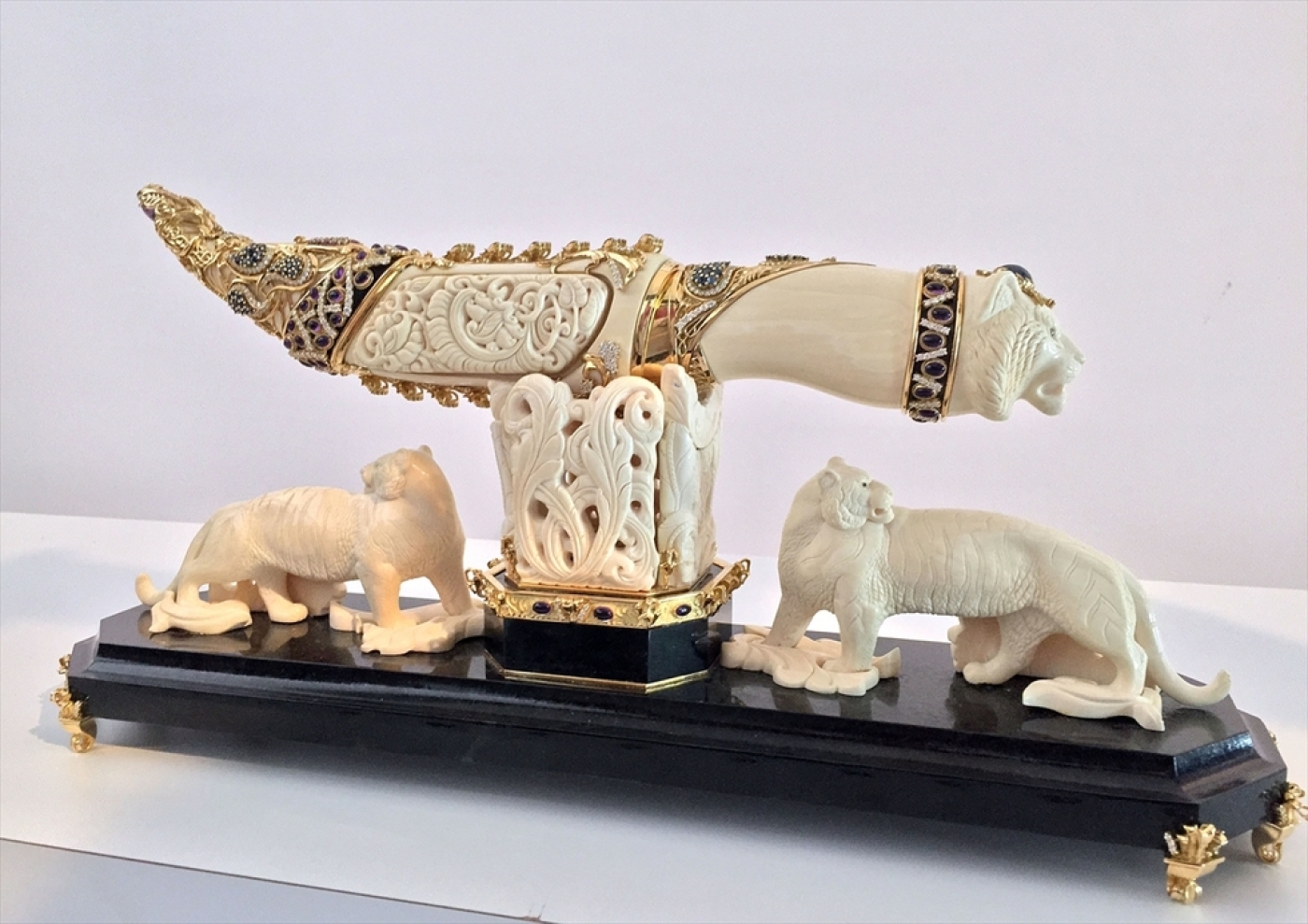 Police raided the house of a wealthy businessman in Istanbul’s Esenyurt district and confiscated the artefact, which was going to be sold for millions of dollars on the black market, Anadolu reported on Monday.

The dagger, studded with sapphires, emeralds and diamonds, was looted from Gaddafi’s palace during the Libyan revolution, the report added.

Anadolu quoted officials as saying the Istanbul businessman paid $4.6 million for the dagger, which was reportedly bought from Libya nearly three months ago.

The suspect was arrested while trying to sell it to the Saudi businessman on the black market for $10 million, it said.

Police detained two other accomplices, according to the agency, and all three were charged with smuggling and violating the Convention on International Trade in Endangered Species of Wild Fauna and Flora (CITES). They were subsequently released on bail pending trial.

Anadolu published an image of the seized artefact showing the finely crafted dagger embossed with gold and jewels supported on a stand and flanked by two white lions.

In another operation in Istanbul’s Arnavutkoy district, police also confiscated 200 gold and bronze coins belonging to the Byzantine and Ottoman eras.

The chaos unleashed by the Arab Spring has made Turkey, and Istanbul in particular, a hub for the smuggling of valuable art works and antiques.

Looted Syrian antiques often find their way to buyers in the West through Turkey.

The Turkish police, however, regularly claim success in seizing valuable artefacts that are about to be sold illegally.

Since Gaddafi’s killing in 2011, Libya has descended into near-anarchy, ruled by rival militias vying for power while the Islamic State group has gained influence in the country.