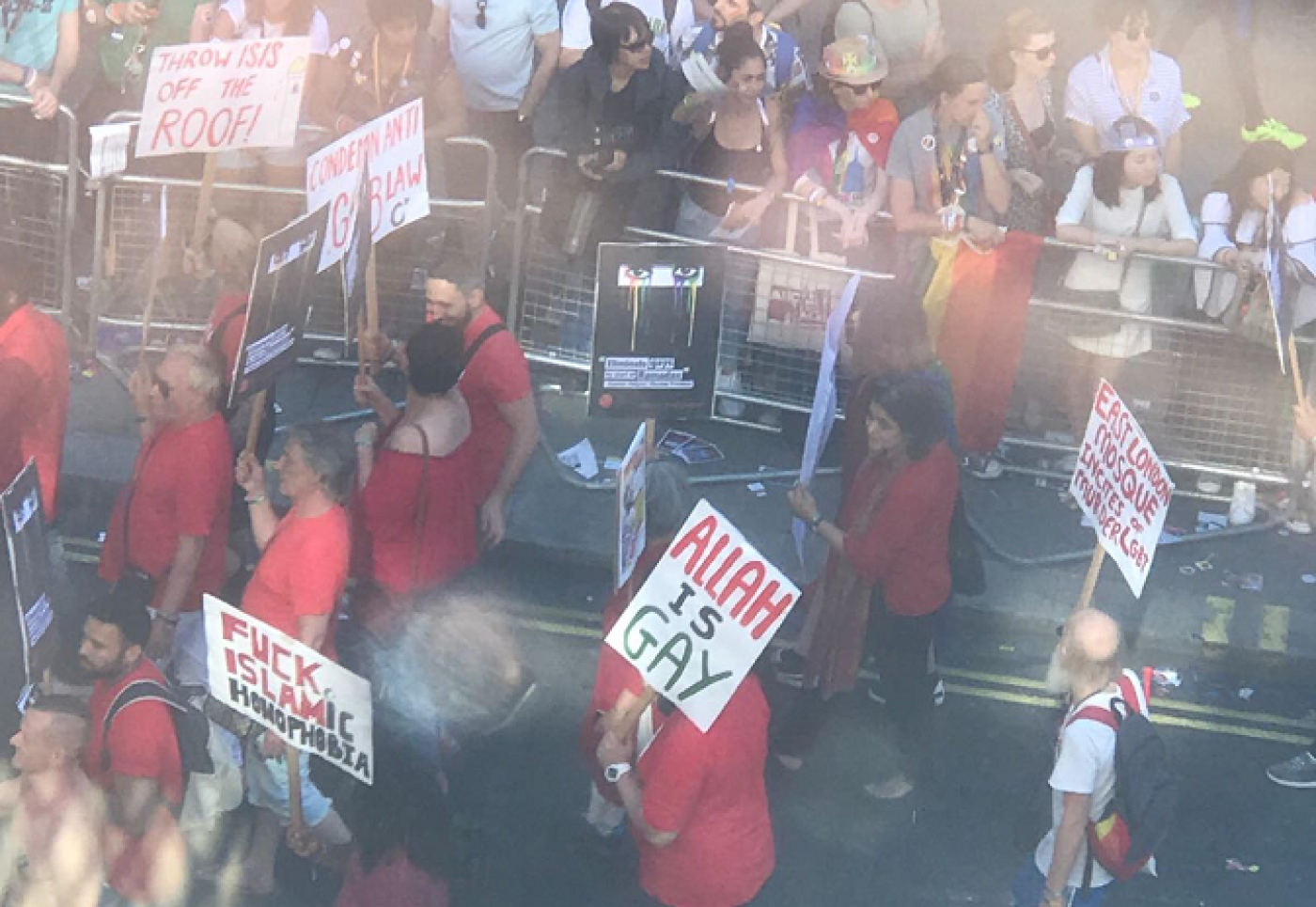 The East London Mosque (ELM) has accused an organisation representing ex-Muslims of "feeding anti-Muslim hysteria", as a row into the display of allegedly Islamophobic placards at this year's Pride march in London escalates.

The Whitechapel-based mosque - one of Britain's largest - has sent a formal complaint to Pride in London after pictures emerged of members of the Council of Ex-Muslims of Britain (CEMB) parading with placards that said "East London Mosque incites murder of LGBT", "F*** Islamic homophobia" and "Islamophobia is an oxymoron". [Editor's note: An earlier version of this story stated that one placard carried by the CEMB read “F*** Islam(ophobic) Muslims”. The text has been clarified to reflect the correct wording]

"Let there be no mistake: Islamophobia is real, hateful and often violent, as we tragically saw in the recent Finsbury Park terrorist attack," ELM's executive director Dilowar Khan said in a letter yesterday to Pride co-chairs Alison Camps and Michael Salter-Church.

"It is CEMB who deliberately conflates Islamophobia with criticism of Islam, as a way to excuse hatred directed at Muslims."

It said that the placards were designed to "alienate all Muslims from Pride in London, including LGBT Muslims".

"There can be no doubt that such a barrage of abusive placards has an adverse impact on Muslims, feeding anti-Muslim hysteria especially in the current climate of increasing attacks against Muslims," the letter added.

Pride opened an investigation into the placards last month after a complaint from the mosque. It said in a letter to CEMB that while "groups are able to use our platform to protest" this did not "give people in our parade the freedom to ostracise, discriminate against or humiliate anyone else taking part".

"If any individual or any group does this, they undermine the very principles on which we exist," added the letter from Pride's co-chairs to CEMB's Pride organiser, Daniel Fitzgerald, which the council published.

Pride's community advisory board, which assesses each parade entry after every year, will now decide whether CEMB has breached its code of conduct. A breach could see CEMB banned from marching next year.

Pride's code of conduct asks parade groups to not make derogatory remarks about aspects of a person's identity, including their religion.

"The placards may be seen to reject the existence of Islamophobia, to make defamatory statements about a specific group of people, and overall could have been seen to proactively question the ability to be LGBT+ and Muslim," the letter to CEMB went on to say.

"We don't need your permission to march for LGBT rights or the rights of apostates," CEMB spokesperson Maryam Namazie wrote in a letter to the London Pride organisers, in which she referred to ELM as a "centre of homophobia".

Pride was only taking the complaints "seriously because of a cultural relativism and tone policing that is only applicable to critics of Islam and never [to] critics of Christianity".

Namazie said that the claims had been "given credence because of the erroneous conflation of criticism of religion and the religious-right with bigotry against Muslims".

"It seems Pride has bought into the Islamist narrative that betrays the persecuted and defends the persecutors. This is a politics that rewards bullies and blames victims," Namazie added.

The row has provoked a strong reaction on social media with New Atheist Richard Dawkins, activist Peter Tatchell and the Muslim Council of Britain all weighing in.

The CEMB has accused the ELM of hosting homophobic speakers, including one 10 years ago whose presentation contained slides titled "Spot the Fag"; and US Muslim scholar Yasir Qadhi in 2016, who said, in a talk not delivered at the mosque, that the punishment for homosexuality in Islam is death.

CEMB maintains that its placard accusing the ELM of incitement to murder was "entirely appropriate" in keeping with the theme of this year's CEMB's Pride march which was solidarity with LGBT who are being brutalised in concentration camps in Chechnya.

For its part, ELM said it has "condemned without reservation" the instance of homophobia at its venue and blames an external third-party hirer - the Hittin Institute, a think-tank - of the mosque for hosting the speaker. It said that it has taken action to prevent it from happening again.

ELM also said that it has worked with a range of LGBT groups to tackle "racism, discrimination and hatred of all forms", something recognised by London Pride which in response to ELM's original complaint privately thanked the mosque for "the support you have provided our community".

"We stand side-by-side with you in this endeavour," the Pride letter, seen by MEE, added. "We also feel that we can play a part in tackling hatred and bigotry in all its forms, especially Islamophobia."

"As Londoners, we live in a pluralistic society with many diverse cultures and communities, and we should work towards valuing it – not embarking on campaigns of abusing one another under the guise of freedom of speech," he said.

"The mosque will continue to collaborate with its partners to challenge bigotry of all kinds and not just Islamophobia."

When contacted for further comment, CEMB directed MEE to its letter to Pride and its response to the ELM statement. 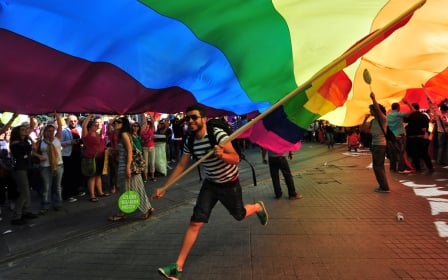