Set to close indefinitely starting on Monday, the Rafah crossing between Egypt and Gaza is the enclave's only point of entry or exit not controlled by Israel 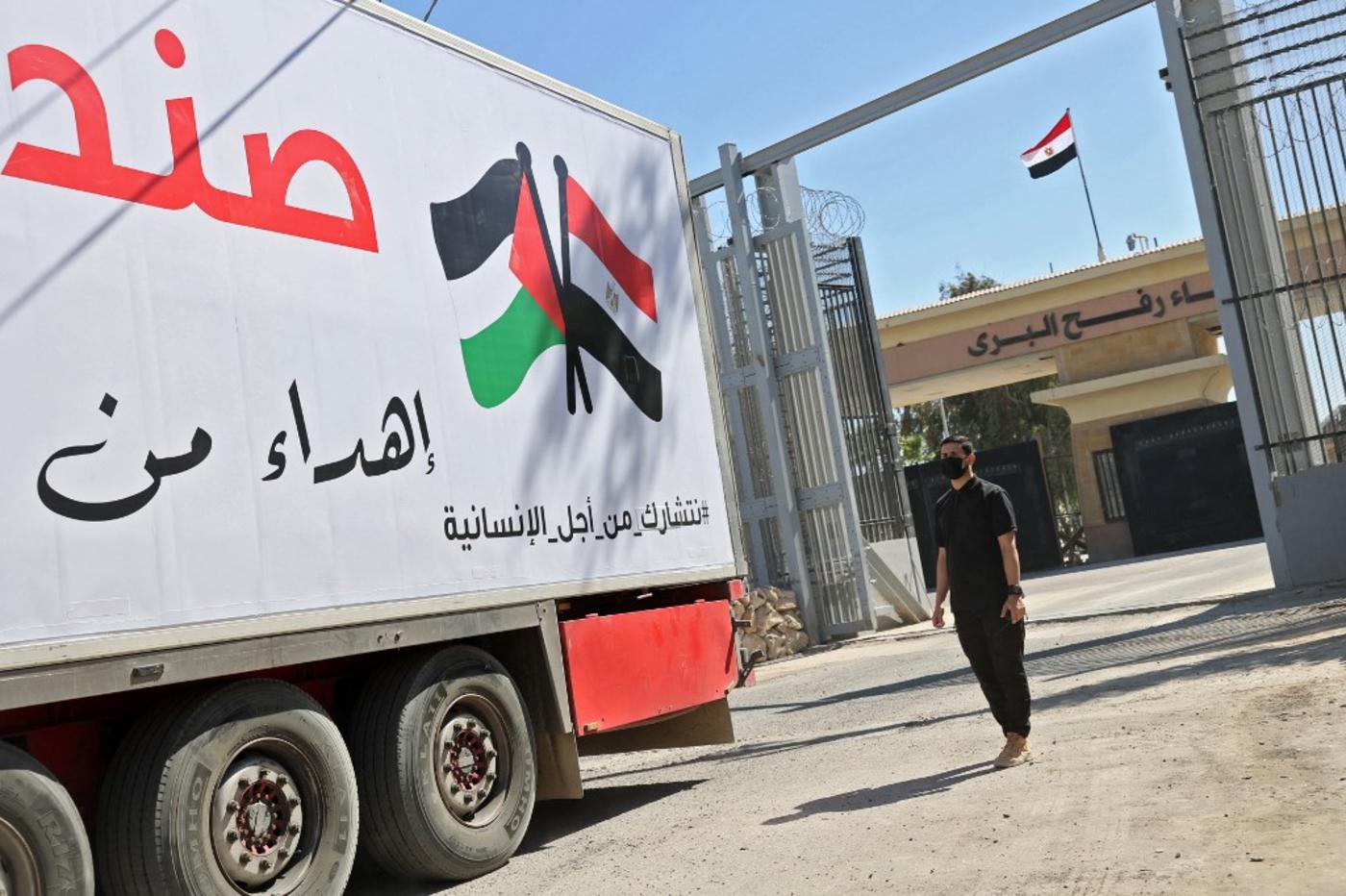 A member of the Palestinian security forces stands in front of an Egyptian aid truck arriving at the Rafah border crossing, which connects the Gaza Strip to Egypt, on 23 May (AFP/File photo)
By
MEE and agencies

Egypt is planning to close the Rafah border crossing with the besieged Gaza Strip indefinitely starting on Monday, a spokesman for the Hamas movement has said.

Iyad al-Bozom, a spokesman for the Gaza interior ministry, announced the move on Sunday without elaborating on what might have prompted the closure.

"We were informed by the Egyptian authorities that the Rafah crossing will be closed tomorrow, Monday, in both directions," al-Bozom said in a statement.

Its confirmed, #Egypt indeed closed #Rafah border until further notice. So many Palestinians in #Gaza were visiting during summer & planning to leave, they are stuck now. So many will lose visas, accomodation permits, jobs & opportunities. Empty Cycle.

Security sources in Egypt confirmed the move, saying the crossing would be closed until further notice, AFP reported. The Egyptian sources also failed to offer details regarding why the decision was made.

Egypt had ordered the Rafah crossing - the enclave's only point of entry or exit not controlled by Israel - to open in May to allow wounded Gazans to be treated in Egyptian hospitals and to deliver aid.

The opening came in the aftermath of Israel's 11-day bombardment of the Gaza Strip, which left at least 250 Palestinians, including 63 children, dead. The devastation pushed Egypt to pledge $500m towards Gaza's reconstruction.

An uptick in tensions

Egypt had brokered the ceasefire between Israel and the Hamas movement, which ended the May hostilities. But nearly three months later, the two million people living in Gaza continue to face tight Israeli restrictions on the entry of goods into the war-torn territory, causing a major economic recession while making reconstruction impossible. 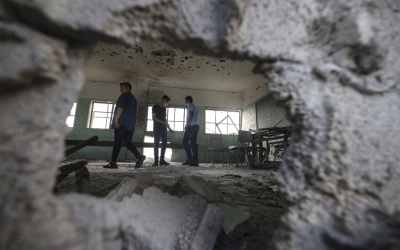 On Saturday, Israel hit the Gaza Strip several times with air strikes after an Israeli soldier was critically injured along the fence between Israel and the enclave. Israeli forces injured more than 40 Palestinians, mostly with live bullets, during Saturday's events in Gaza.

The recent escalation began earlier in the week, as Hamas fired rockets from Gaza towards Israel on Monday in an apparent response to Israel's killing of four Palestinians in the occupied West Bank hours earlier.

The next day it was reported that Egyptian authorities had been in contact with Israel and leaders of the Hamas movement in an attempt to prevent renewed attacks.

According to Al-Araby Al-Jadeed, a London-based newspaper, Egypt had invited Israeli officials for "an urgent meeting" in Cairo. Meanwhile, the same authorities urged factions in Gaza to keep calm, pledging to pressure the Israeli side to keep their promises.

Gaza Siege
'Love keeps us together': The Palestinian couples separated under Israeli policy
Gaza Siege
How the Gaza siege has made me a stranger to the outside world
Issam A Adwan
Fashion
Checkpoint bags, Gaza goggles: Designs that narrate the Palestinian struggle