Many anticipate economic benefits for enclave, but some fear diplomatic machinations could play out badly for prospects of Palestinian unity 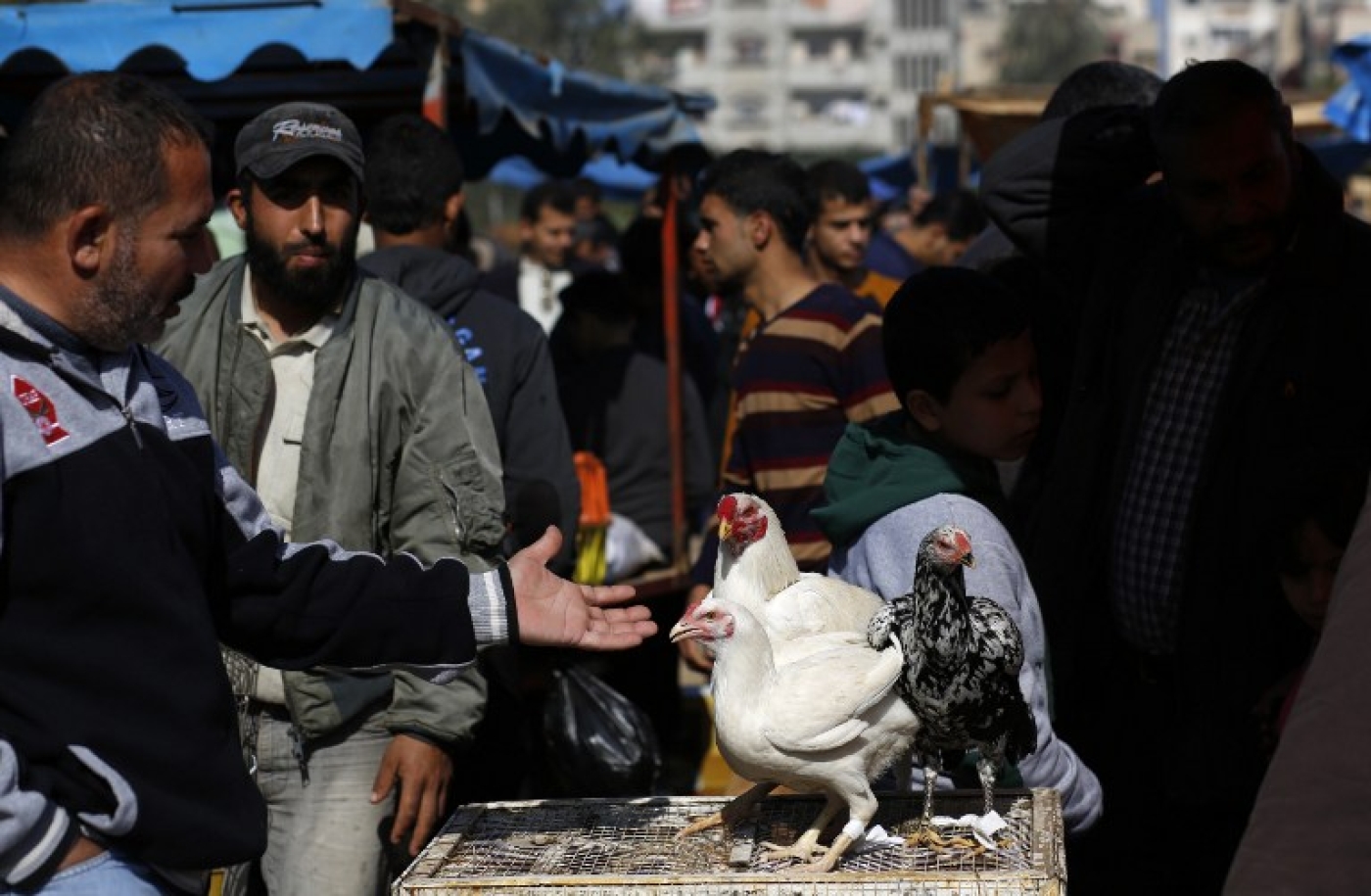 Vendors display poultry at a market in Gaza City. Many expect an Israeli-Turkish deal to bring economic benefits (AFP)
By
Mohammed Omer

GAZA – An expected diplomatic rapprochement between Turkey and Israel has raised hopes among many Gazans that an end to their near-decade long blockade could finally be in sight.

Months of talks between Israeli and Turkish officials aimed at restoring normal diplomatic relations appeared to be coming to a conclusion this week with Turkish foreign minister Mevlut Cavusoglu telling cabinet colleagues that the countries would make a joint announcement in the coming days, according to the Hurriyet newspaper.

In Gaza, there is expectation that the price for Turkey signing such a deal could be that Israel opens up access points for reconstruction – and the possible development of a sea port.

“It’s a great step forward. I believe that a reconciliation between Israel and Turkey will be of benefit to every Palestinian,” Mohammed Rashawn, a prominent lawyer in Gaza, told Middle East Eye.

Turkey has been considered a friend by many Gazans since Israel’s December 2008 attack on the besieged Palestinian enclave after which Recep Tayyip Erdogan, then the Turkish prime minister and the current president, stormed out of a debate with then-Israeli president Shimon Peres at the World Economic Forum in protest.

Relations between Israel and Turkey soured further in 2010 after Israeli commandos stormed a Gaza-bound aid ship, the Mavi Marmara, killing 10 Turkish citizens who were aboard and causing Ankara to break off diplomatic ties.

Talks between Israeli and Turkish officials, which have been taking place in Switzerland since December, are also reported to include discussion of a potential settlement for the families of the victims of the Mavi Marmara attack.

“Our Arab brothers have not raised one finger on our behalf. At least Turkey is demanding Israel lift the blockade on us,” Abu Yahya Nasser, a shopper in Rafah’s central market in Gaza, told MEE.

Yet a deeper trade relationship built on Israel and Turkey's historically close ties has survived the diplomatic fallout largely unscathed, as well as offering attractive economic reasons for reconciliation.

'We will not be left alone'

In December, Turkey's minister of customs and trade said that Israel had said it would allow Turkish products into Gaza if a diplomatic deal could be agreed.

Gaza too has been a recipient of financial aid from Turkey, with the Turkish foreign ministry earlier this month transferring $1.5mn to the World Health Organisation to help provide power for Gaza’s hospitals, while Turkish humanitarian and reconstruction NGOs have also been working on the ground.

Many people assume that better ties between Turkey and Israel will bring positive benefits for Gaza as well, according to Ahmed Yousef, an analyst currently writing a book about Erdogan’s enduring popularity in Gaza.

“The Turkish-Israeli relationship is not new, as Turkey recognised Israel in the mid-1950s, and the relationship only deteriorated after the Mavi Marmara attack in 2010,” Yousef told MEE.

“Turkey’s strategic interests may come first, but in Gaza we know that both in the long term or the short term we will not be left alone to face the blockade.”

Hopes have been fuelled too by Gaza’s Hamas leadership with senior leader Ismail Haniyeh last week stating that Turkey was making progress in persuading Israel to allow a sea port to be built as a step towards speeding up the reconstruction of Gaza and opening it up to the world.

Plans for a sea port in Gaza date back to the 1993 Oslo peace accords which established the Palestinian authorities’ right to develop a Gaza Sea Port Authority “to promote economic growth”.

But the current proposal to reopen a sea route into Gaza as a way to address the land blockade of the territory by Israel and Egypt was first suggested by the Euro-Mediterranean Human Rights Monitor (Euro-Med), a human rights NGO, in 2014.

In a paper, Euro-Med said a sea port would allow Gazans to “live in dignity and peace” and “free them from dependence on the usually absent goodwill of Israel and Egypt”. The project also builds on Gazan traditions of fishing, seafaring and trading along the shores of the Mediterranean.

But prospects of warmer ties between Turkey and Israel, and of greater Turkish involvement in Gaza, have not been welcomed by other countries with a stake in the region, with Russia and Egypt expressing concerns about a possible deal to Israeli officials earlier this month.

Russia is reported to be unhappy at suggestions that Turkey and Israel could strike a natural gas deal independently of Moscow, which is Turkey's biggest gas supplier.

Turkey also recently struck a strategic alliance with Qatar, itself a substantial player in the regional natural gas market with significant interests in opening up Gaza for development.

Egypt's interests meanwhile appear to lie in strangling any effort to ease the blockade that might benefit Hamas and allow it to consolidate its close ties with the Muslim Brotherhood.

It also hopes to maintain its position as a preferred mediator between Israel and the rival Palestinian factions, a role it performed during the 2014 war after Israel had rejected Turkey's offer of mediation.

Meanwhile, according to Salom, the newspaper of the Turkish Jewish community, Israel has its own ambitions of positioning itself as a mediator between Turkey and Egypt, which it intends to maintain as its key Arab ally in the region.

But it faces competition in that role from Saudi Arabia, which hopes itself to improve relations between Cairo and Ankara in time for Egypt to take part in a summit meeting of the internationally influential Organisation of Islamic Cooperation in April.

Amid hopes for a deal, some express concern that the complex diplomatic machinations surrounding it could ultimately be to the detriment of intra-Palestinian relations between Gaza and the Palestinian Authority-governed West Bank.

“When Turkey and Qatar play around the situation just gets worse. They are trying to hijack the role of Egypt and the only thing I understand is that it will make the Palestinians more divided than ever,” Lotfi Siam, a lawyer, told MEE.

“After all, I don’t think the reconciliation will effect Gaza that much because Egypt will not be involved - and Egypt still controls the crossings.” Occupation
IN PICTURES: Frontier between Egypt and Gaza opens briefly 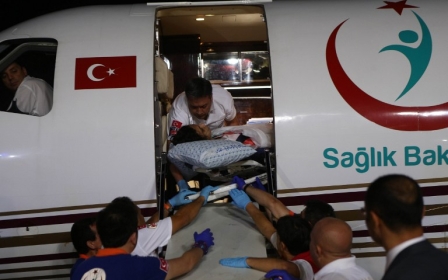