Berlin-born Anis Ben-Hatira had done aid work with Ansaar International, which German authorities say is part of the 'extremist-Salafist scene' 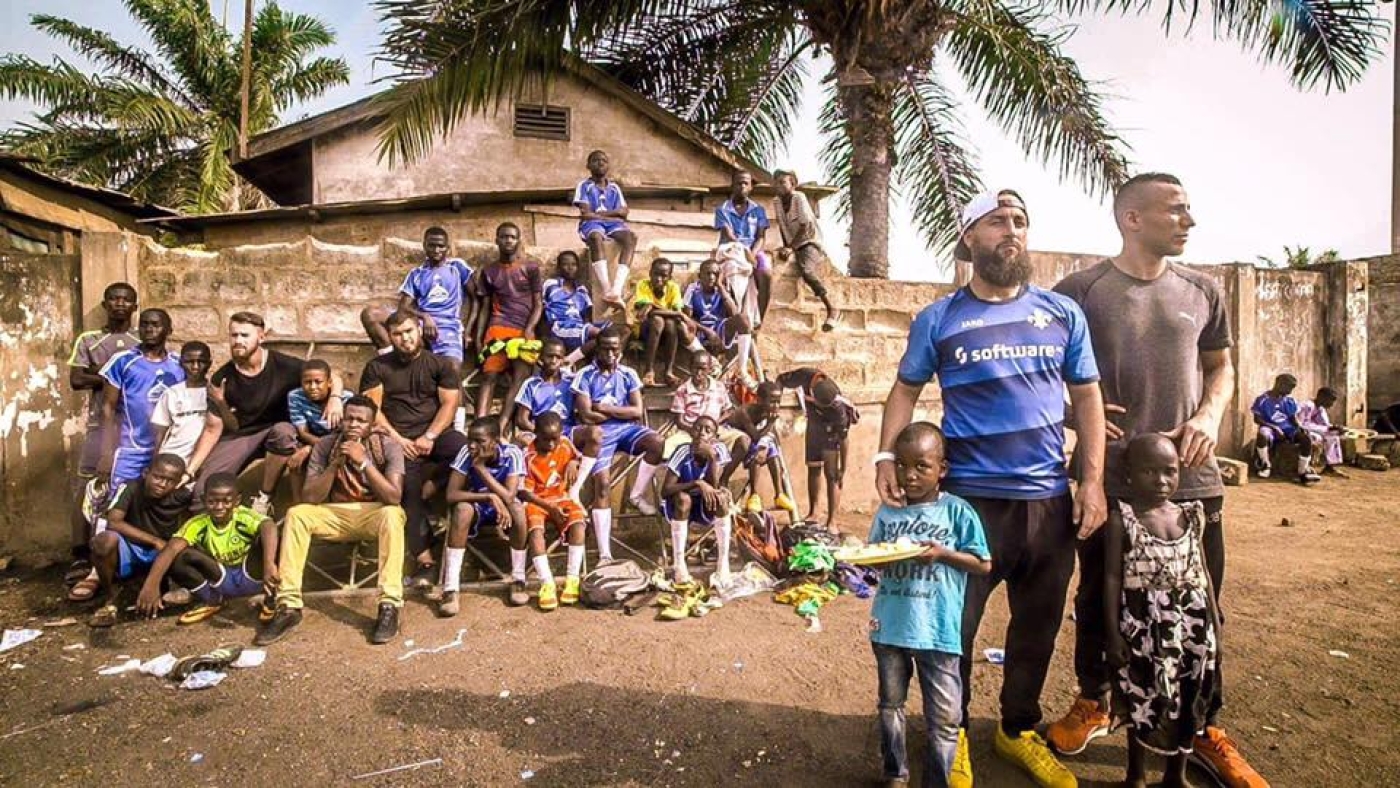 A German-Tunisian footballer has denounced what he called a "smear campaign" against him, after he was fired from his Bundesliga club over links to an Islamic charity.

Anis Ben-Hatira, a Berlin-born attacking midfielder, was released from his contract with Darmstadt earlier this week after refusing to break links with Ansaar International, an aid group based in Dusseldorf.

The decision to terminate his contract came after weeks of mounting pressure from German politicians and fans of the Bundesliga club.

During a home game last Saturday, a group of fans handed out flyers calling for Ben-Hatira to distance himself from Ansaar International, but not demanding that he be fired.

"Ansaar International is an organisation that maintains links to Salafists," the A4 flyer read. "Moreover, it is suspected of using its resources to finance terror groups in Syria."

'Tightly interwoven with the Salafist movement'

Ansaar International currently focuses activities in Syria, where it maintains 20 food stores and medical facilities in Aleppo and Idlib.

The charity is run by Abdurahman Kayser, a former rapper turned Muslim convert from Dusseldorf who founded the charity in 2012.

Ansaar International is also active in Somalia, Ghana, Palestine and Thailand, among others, and has been responsible for building wells, schools and mosques.

Within Germany, the organisation also has teams that distribute copies of the Quran and information about Islam, according to a 2015 report by the interior ministry of North Rhine-Westphalia state, home to the charity’s headquarters.

German authorities have said that Ansaar International is "tightly interwoven with the Salafist movement", accusing it of hosting extremist preachers and registering as a charity only to "legalise" its activities.

The report uses the fact that Ansaar International has denounced Islamic State and operates a medical facility in the province of Idlib as evidence that it supports the Nusra Front (now known as Jabhat Fateh al-Sham), which controls much of Idlib and is opposed to IS.

"[The organisation] is thus to be regarded as part of the extremist-salafist scene."

However, there are no allegations that it gives financial support to proscribed organisations.

'Majority of Salafists in Germany are not terrorists'

Salafist is an umbrella term that usually refers to Muslims who believe that the religion should be returned to its original form, however that is interpreted.

As a designation, it has no links to violence or extremism – the German interior ministry acknowledges that "the majority of Salafists in Germany are not terrorists", but maintains that "almost all terrorist networks or individuals identified in Germany have been involved in the Salafist milieu".

Tobias Huch, an entrepreneur and politician with the liberal Free Democratic Party who once petitioned for all Salafists to be immediately expelled from Germany, has led criticism of Ansaar International.

He also demanded that Darmstadt’s communications manager resign over the player’s connection to the charity.

Ben-Hatira had reportedly been asked to break ties with the charity, but refused to do so.

Darmstadt announced on Wednesday that the player, who was signed in August and had played 11 games with the club, would be dropped "with immediate effect".

"SV Darmstadt 98 wish Anis Ben-Hatira, who always conducted himself in an impeccable and exemplary manner at our club, all the best in his future sporting endeavours," he went on.

"Despite the very complex and sensitive issue we still think there will be people who will feel like winners following the decision."

An announcement on Facebook provoked a generally negative reaction, with some fans calling for the decision to be reversed and saying they were "ashamed" of the action.

Ansaar International has slammed the decision to dismiss Ben-Hatira over his connection with the charity, denying all allegations that it has links to extremism.

Ben-Hatira responded to the decision with his own lengthy Facebook posts in which he defended his humanitarian work, saying those who were "rushing to attack" him should do some charity work instead.

"Are you not ashamed of your actions? Do you think I am intimidated?

"I donated a water tanker for Gaza, built a fountain for Muslims and Christians and helped build an orphanage that shelters victims of Boko Haram. There was no connection with radical activities – that is absolute nonsense," he wrote.

"Regional politicians are trying to stoke more unrest in these trying times. I will just continue trying to do my best.

"I think the real scandal is that there is now an attempt to sabotage my sports career in Germany." Refugees
Walls and welcome: Germany looks to 2017 after a tumultuous year