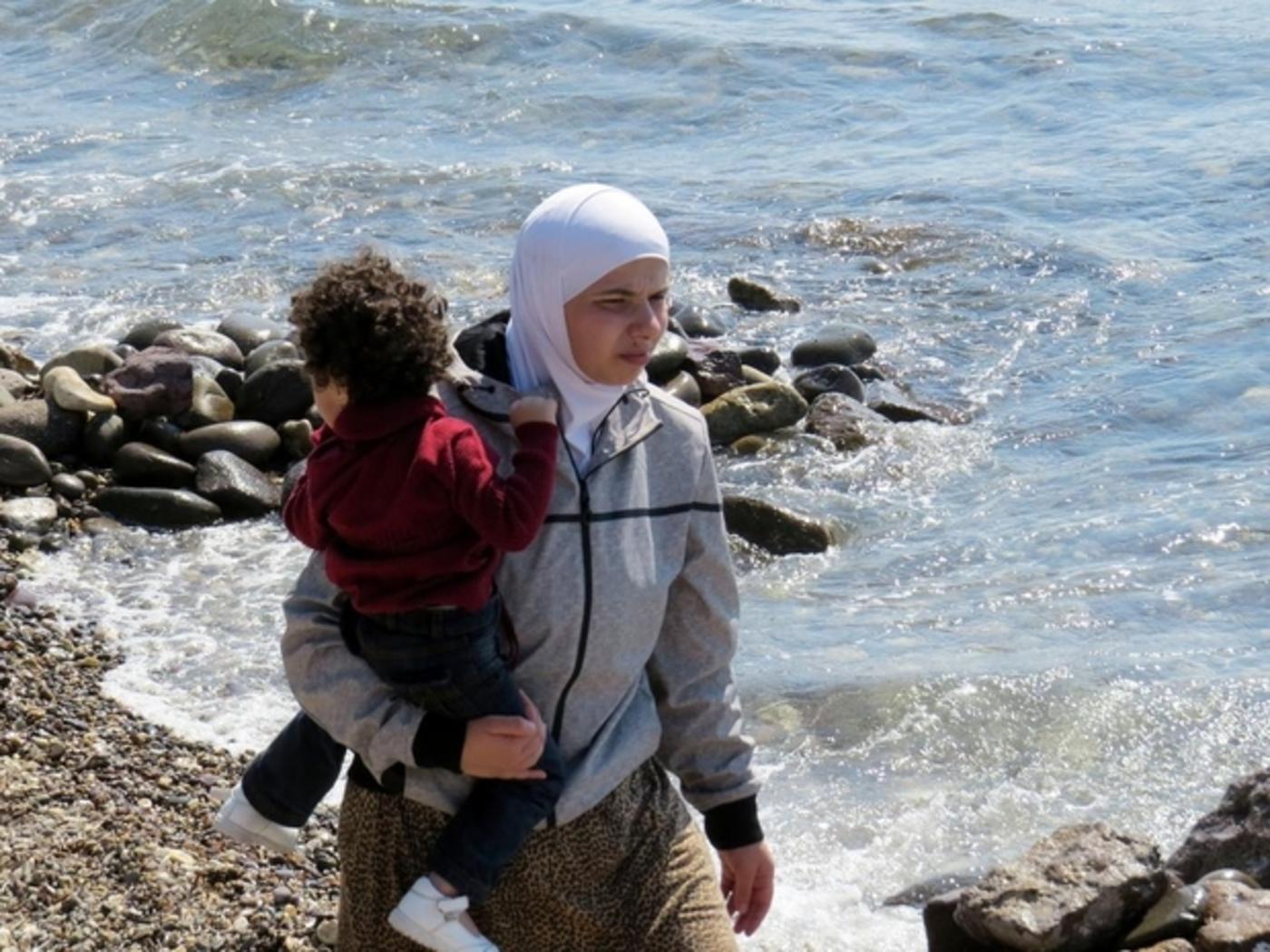 Germany agreed with Austria on Friday to new rules for a more "orderly" passage of migrants, as the death of 17 children at sea highlighted the treacherous journey of those trying to reach Europe.

After a week in which tensions flared between the neighbour states, Germany's interior ministry said that the influx massing at its border with Austria would now be funnelled through five entry points.

"We would like to have a more orderly procedure," a spokeswoman for the interior ministry told AFP following a bilateral agreement which took immediate effect.

There was more grim news on Friday evening as the Spanish coastguard called off the search for 35 people lost at sea when their boat went down between Spain and Morocco. Four bodies had already been pulled from the water.

Germany imposed controls at its 800-kilometre-long (500-mile-long) frontier with Austria in mid-September in a bid to slow the arrival of thousands of asylum seekers per day.

But tempers erupted again this week when Germany's Interior Minister Thomas de Maiziere on Wednesday accused Austria of sending asylum seekers to its border without any warning, prompting the urgent talks between the two sides.

Vienna announced plans this week to build a "barrier" at its Slovenian border to stem the tide, drawing criticism from French President Francois Hollande, who said on Friday after talks with Austrian Chancellor Werner Faymann that such walls had no place within the European Union.

As Europe struggles to find a response its worst migrant crisis since World War II, nine adults lost their lives along with the 17 children when the boats went down in frigid waters en route to Greece from Turkey.

Although rescue officials in Greece and Turkey managed to pull another 157 people from the water, such drownings have become an almost daily occurrence as thousands of people brave high seas to make the crossing on flimsy, overloaded vessels.

Greek Prime Minister Alexis Tsipras expressed "shame" over Europe's failure to prevent yet another "humanitarian tragedy," and said it was crucial to prevent the Aegean Sea from becoming a graveyard for people fleeing war and misery.

Most of the deaths occurred off the Greek islands of Kalymnos and Rhodes, where 22 people drowned, among them 13 children, when two boats went down overnight, port officials said.

In total, 138 people were rescued from the two boats, with the coastguard continuing its search for survivors.

To the north, an AFP correspondent witnessed another boat foundering off the island of Lesbos, with a group of desperate people perched on the roof screaming for help.

Another four young children, all of them Syrian, drowned when their flimsy boat heading for Lesbos capsized in bad weather, the Dogan news agency reported.

The latest deaths came after 17 people drowned off Lesbos and Samos on Wednesday, 11 of them children.

Despite worsening weather at the onset of winter that has made the already hazardous sea voyage even more dangerous, a record 48,000 refugees and migrants arrived last week in Greece, the International Organisation for Migration (IOM) said.

Tsipras also urged Turkey to "respect its commitments" to halting the flow of people leaving its territory by boat and stressing Athens' willingness to be "a link between the EU and Turkey" on the matter.

In a summit last weekend, leaders discussed the future of the EU's open-door policy.

“I come from a country with a past of walls and I don’t want to make a political career by building walls,” German Chancellor Angela Merkel reportedly said at the meeting.

“But I can’t exclude anything if we don’t secure the external border,” she added, referring to Greece, according to the Wall Street Journal.

Balkan leaders were concerned that Merkel would tell them her country could not take more refugees, leaving thousands of migrants in Balkan nations.

At the end of the summit, Greece agreed to provide temporary shelter for 50,000 people by the end of 2015, and Serbia, Macedonia and Croatia also agreed to shelter 50,000.

Since the start of the year, 560,000 migrants and refugees have arrived in Greece by sea, out of over 700,000 who have reached Europe via the Mediterranean, according to the International Organisation for Migration.

More than 3,200 have died during the perilous crossings, the vast majority on the longer sea route from Libya to Italy.

Most are heading for Germany, which is expecting up to a million asylum requests this year, prompting a backlash against Merkel.

Varoufakis, an outspoken critic of Merkel's austerity-for-aid response to the Greek debt crisis, said her actions regarding refugees had been exemplary.

"As a European, it fills me with great pride how Chancellor Angela Merkel is reacting," he told German daily Die Welt.

"I wish everyone in Europe would do the same."

Meanwhile James Bond actor Daniel Craig joined a chorus of concern for desperate people fleeing war and persecution, telling AFP: "There is a human tragedy going on. It is up to European governments to step forward and get this sorted." Refugees
EU to set up shelters for 100,000 people in Balkans to help refugee crisis