Brent crude prices rise above $100 as US president comes home without firm commitments from Saudi Arabia, UAE on oil production 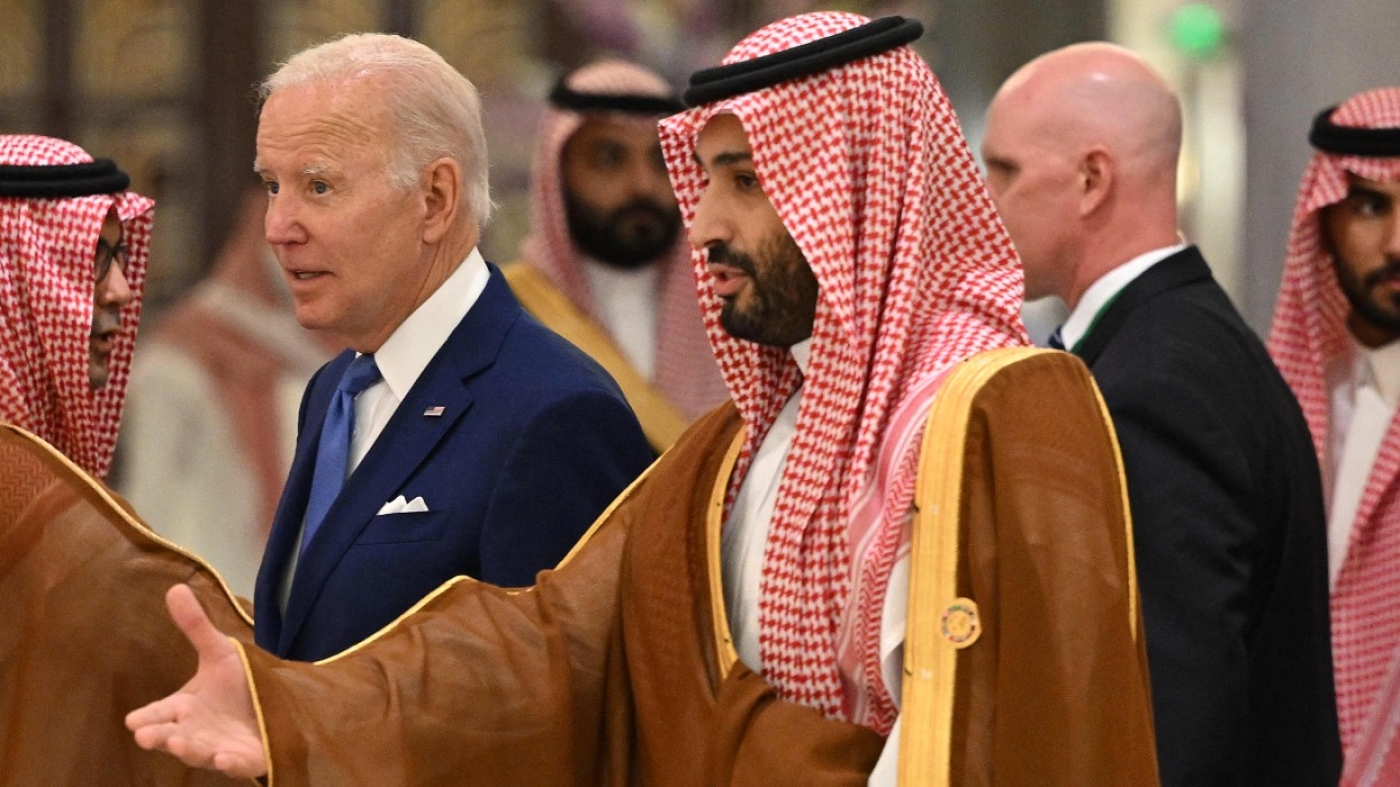 US President Joe Biden and Saudi Crown Prince Mohammed bin Salman at the Jeddah Security and Development Summit in Jeddah, Saudi Arabia, on 16 July 2022 (AFP)
By
Umar A Farooq
in
Washington

Oil prices rose on Monday morning by several percentage points, after US President Joe Biden returned from a trip to Saudi Arabia over the weekend without a firm pledge from Gulf oil producers to boost supplies.

The price for Brent crude, the global benchmark for oil, rose more than four percent to $105 per barrel on Monday morning, pushing the price back to above $100 where it has stayed for nearly half of this year.

Biden's visit to Saudi Arabia, where he met leaders of several Opec countries and other regional leaders in a summit in Jeddah, had been viewed as an attempt to call on Riyadh to boost its oil production in order to reduce global crude prices. However, administration officials downplayed its oil demands ahead of the visit. Biden receives muted reception in Saudi Arabia. This is how previous US presidents were greeted
Read More »

In a press conference on Friday while in Saudi Arabia, Biden told reporters to expect to see steps taken to reduce the price of oil in the coming few weeks, a claim repeated by Amos Hochstein, special presidential coordinator for international energy affairs.

"Based on what we heard on the trip, I'm pretty confident we will see a few more steps in the coming weeks," Hochstein said on CBS’s Face the Nation on Sunday.

"There is additional spare capacity, there is room for increased production."

Yet the energy official did not elaborate on how much spare capacity producers have or if they are willing to use it, and when they might achieve a higher production level.

Adel al-Jubeir, Saudi Arabia's minister of foreign affairs, also played down the claim by Biden's White House, saying that "it's not about an agreement, it's about the kingdom's longstanding policy of working to ensure that there's an adequate supply of crude oil on the markets".

"We determine that if there is a potential shortage that we work on increasing crude oil production with our Opec partners and Opec+ partners," Jubeir told Bloomberg News.

Gas prices in the United States have fallen since reaching more than $5 a gallon this summer, but continue to hover at 40 percent more than what they were this time last year.

Still, Jared Bernstein, a White House economic adviser, said on Monday that he expects to see average gas prices fall below $4 a gallon in some places around the country in the coming weeks.

"We think it is reasonable to expect more gas stations to lower their prices in response to lower input costs," Bernstein said, as quoted by Reuters.

Prior to Biden's visit, Saudi Arabia and the United Arab Emirates had already committed to increasing production in the next two months.

In June, Opec+ - a consortium composed of the oil-producing alliance of countries in Opec as well as Russia - said it would raise production by 648,000 barrels a day in July and then again in August, which would effectively compress three months of planned increases into two months.

"The reality is that you're unlikely to see anything material come out of this visit," Abhi Rajendran, research director at Energy Intelligence, told Middle East Eye.

"Opec+ led by Saudi Arabia and the UAE will be looking - especially those two countries - to gradually add supply and they're expanding their own spare capacity and want to use it."

Rajendran said that while Opec+ is looking to increase supply outside of US demands, it is also looking to "marry that with an uncertain demand environment", given the global push away from oil and towards green and renewable energy in the long term.

The energy analyst said that regardless of Biden's visit, Opec+ is looking ahead into its own future as its agreement on oil output is set to expire in September.

The agreement - signed in April 2020 when the global Covid-19 pandemic caused oil prices to dramatically fall due to a decline in demand - sought to curb the production of oil and was followed by gradual monthly increases in production to stabilise the market.

Yet each month despite new, greater quotas being imposed by the organisation, many member countries failed to boost production.

Even now, there is a gap of 2.7 million barrels per day between how much the countries are producing versus their pledges, according to Rajendran.

But an underlying issue here is the system. Rajendran suggests that Opec+ could allow for a “collective quota system” which would allow for countries like Saudi Arabia and the UAE to ramp up production with greater speed to make up for shortages from underperforming countries.

"The current quota system is obviously broken. And so the current structure of the deal doesn't really make a whole lot of sense.

"This is something that Opec+ is thinking about, in any case, how to think about the supply path at the end of this year and into 2023." 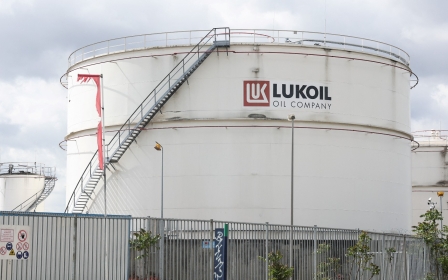