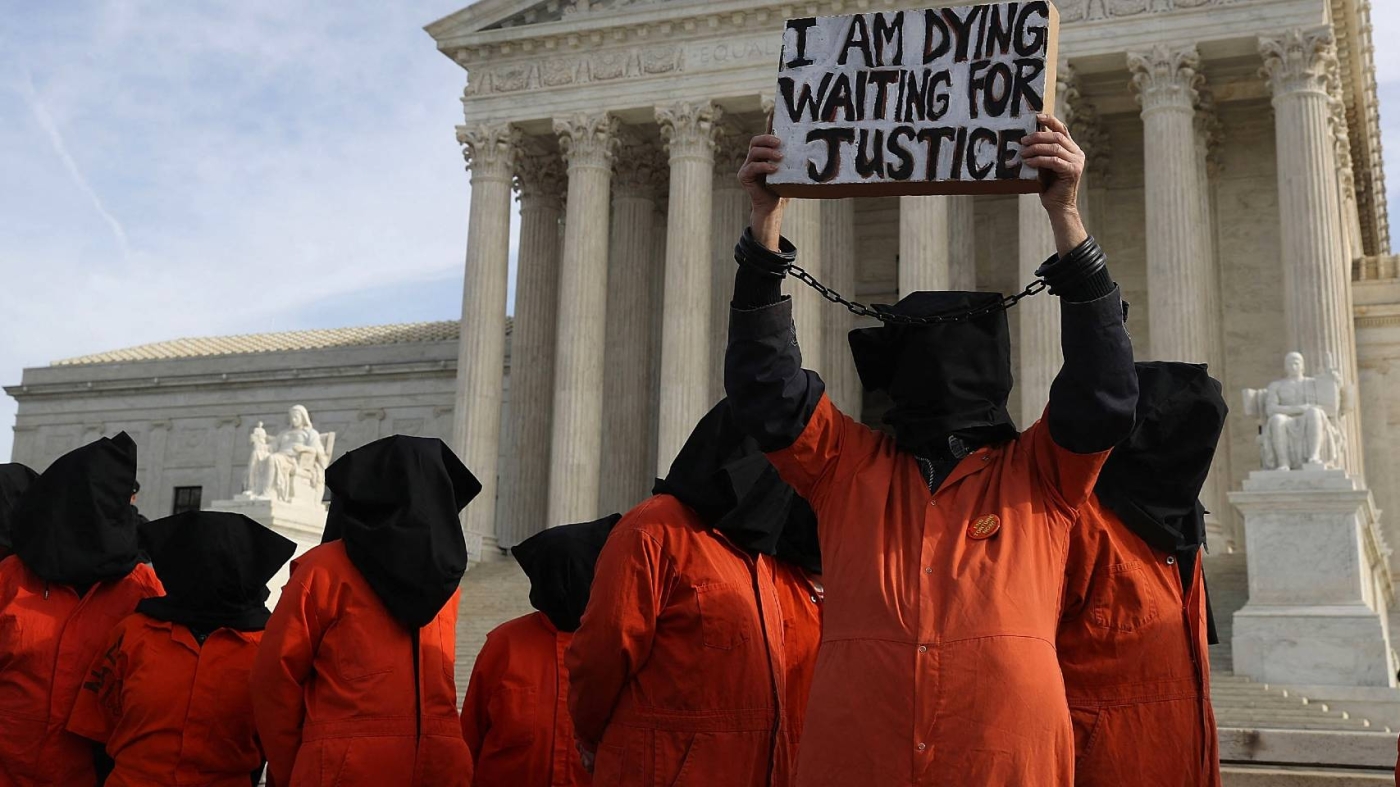 Protesters rally against the continuing operation of the detention facility in Guantanamo Bay, Cuba, on 11 January 2017 (AFP)
By
MEE staff

British spies who allegedly provided the CIA with questions to put to detainees being tortured at "black sites" are subject to the law of England and Wales, not the laws of the countries in which the prisoner was held, a court in London has ruled.

The three judges at the Court of Appeal were asked to decide whether Abu Zubaydah, who was subjected to extreme mistreatment and torture at secret CIA "black sites" in six countries, has the right to sue the UK government in the courts of England and Wales.

Abu Zubaydah, whose given name is Zayn al-Abidin Muhammad Husayn, filed a lawsuit against the British government last year, alleging that UK intelligence services sent numerous questions to the CIA for the purpose of attempting to elicit information of interest.

The lawsuit claims that UK intelligence services sent the questions to the US spy agency without seeking any assurances that Abu Zubaydah would not be tortured or mistreated.

At the High Court last year, Justice Lane ruled Abu Zubaydah's torture was subject to the law of the countries where the CIA sites were located, but the case was appealed.

On Wednesday at the appeals court, Lord Justice Males, Lady Justice Thirlwall and Dame Victoria Sharp unanimously concluded there were "strong connections connecting the tortious conduct with England and Wales". "As for the services, they would reasonably have expected that their conduct here would be subject to English law," Males said in his written judgement.

Males said there was "unlikely to be any serious dispute" that Zubaydah "was subject to treatment in those countries at the hands of the CIA which, in this jurisdiction, would be regarded as torture".

The judge also noted that Zubaydah had no control - and likely no knowledge - over his location, and that his location was irrelevant to the UK intelligence services.

A Palestinian born and raised in Saudi Arabia, Abu Zubaydah was captured in a US-Pakistani raid in Faisalabad, Pakistan, in 2002.

At the time he was taken prisoner, the CIA, along with then-President George W Bush, publicly claimed that he was a top-level al-Qaeda leader with direct connections to Osama bin Laden.

But in 2006, the CIA conceded that Abu Zubaydah was never a senior member of al-Qaeda - because he was never a member of the group to begin with.

According to a Senate Intelligence Committee report, he was interrogated using techniques that amounted to torture - including being waterboarded 83 times in one month, hung naked from a ceiling and deprived of sleep for 11 straight days.

During his nearly two decades in captivity, Abu Zubaydah has never been charged or tried.

In January, Lithuania paid Abu Zubaydah more than $100,000 for allowing the CIA to hold him at a black site in the country. 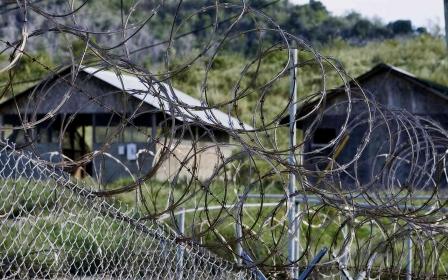 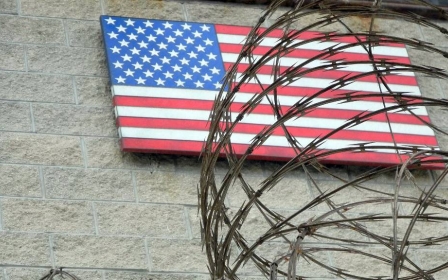