Majid Khan details being waterboarded, beaten, deprived of sleep and sexually assaulted at a number of undisclosed overseas prisons 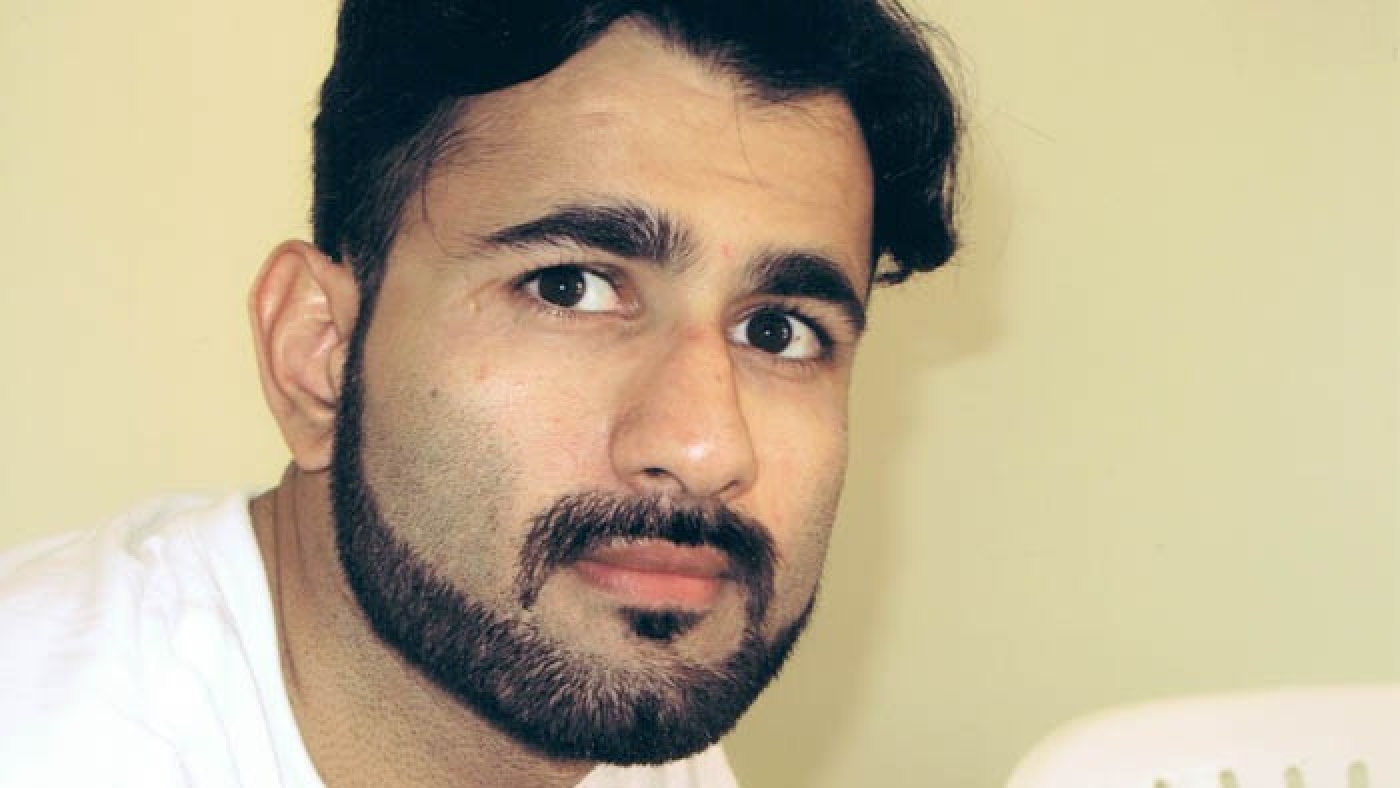 Soon after his capture in 2003, Khan said, "the more I cooperated, the more I was tortured" (Courtesy of the Center for Constitutional Rights)
By
MEE staff
in
Washington

A Guantanamo Bay prisoner has described openly for the first time his treatment - widely considered torture - at the hands of the US government during his detention at a network of overseas CIA prisons, saying he was left terrified and hallucinating from techniques that Washington long sought to keep secret.

"I thought I was going to die," he told a panel of military jurors on Thursday, as reported by the Associated Press.

Khan detailed a number of techniques used on him, including being suspended naked from a ceiling beam for long periods, being deprived of sleep for days, and having his head held under water to the point of nearly drowning, only to be waterboarded when interrogators let him up. He was beaten, sexually assaulted and "infused" a puree of his lunch through his anus, all in overseas prisons whose locations were not disclosed.

Soon after his capture in Pakistan in March 2003, Khan said, "the more I cooperated, the more I was tortured".

"I would beg them to stop and swear to them that I didn't know anything," he said. "If I had intelligence to give, I would have given it already but I didn't have anything to give."

Khan, reading from a 39-page statement, spoke in front of a jury of military officers on the first day of his sentencing hearing.

On Friday, the jury will deliberate over the official sentence of the prisoner, which, although will range between 25 to 40 years, will be mostly symbolic as a plea deal was reached that would see his actual sentence end as early as February 2022 - due to Khan's cooperation with the US government.

He will likely be resettled in a third, as yet unknown country because he cannot return to Pakistan, where he has citizenship.

'I was incredibly stupid'

Khan immigrated to the US with his family in the 1990s. He graduated from a Baltimore suburb high school and held a telecommunications job in the Washington DC area. On 11 September 2001, he could see the smoke billowing from the Pentagon from his office building.

In 2002, during a family trip to Pakistan, he encountered relatives with ties to al-Qaeda and admitted he "went willingly" to the militant group.

After being captured in 2003 and being transferred to a number of CIA black sites, he was sent to the Guantanamo Bay prison in 2006 for trial. Khan has admitted to being a courier for al-Qaeda and taking part in the planning of several plots that were never carried out.

In 2012, he pleaded guilty to charges that include conspiracy, murder and providing material support to terrorism and he agreed to cooperate with authorities in other investigations, including the case against the five men held at Guantanamo who are charged with planning and providing logistical support for the 9/11 attacks.

Khan apologised for his actions, said he takes full responsibility for them and also forgave his captors and torturers.

"I have also tried to make up for the bad things I have done," he said. "That's why I pleaded guilty and cooperated with the USA government."

Khan is the first of the Guantanamo detainees to be convicted and sentenced at the US military tribunals held on the naval base, which have dragged on for more than a decade.

The five men charged in the 9/11 attacks include Khalid Sheikh Mohammed, who admitted to planning the attacks. Mohammed's case will start no sooner than next year, according to a military judge.

The Biden administration has said it aims to empty the prison that has housed 800 detainees following the 9/11 attacks and the subsequent "war on terror". That number has since dwindled down to 39 men, 13 of whom have been approved for release and transfer.

Out of the hundreds of people held at the prison facilities, only a dozen men - including Khan - were charged in the military commissions. 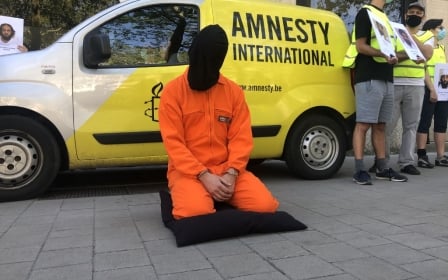