A number of Arab Gulf states have sought to defend their record on helping Syrian refugees following widespread criticism that the oil-rich countries are not doing their fair share.

The UAE on Wednesday said it had welcomed more than 100,000 Syrians since the uprising against the rule of Syrian President Bashar al-Assad began in March 2011.

"Since the crisis began in 2011, the UAE has welcomed more than 100,000 Syrians and granted them residency permits," a UAE official told AFP, adding that the total number of Syrian residents reached 250,000.

The UAE had also been giving aid to Syrian refugee camps in camps in Jordan, Lebanon, Iraq and Turkey for the past two years, the Emirati official added.

Saudi Arabia has received half a million Syrians since the crisis began, according to a report by the Saudi-funded al-Arabia satellite channel.

But the Syrians were not granted refugee statuses as they received work and family reunion residencies instead, including those who initially entered on temporary visas, the report added.

The report also noted that Syrians – now numbering 750,000 – have access to free education and healthcare in Saudi Arabia.

In an article recently published by the Saudi-funded London-based Asharq al-Awsat newspaper, the former general manager of Al Arabiya News Channel, Abdulrahman al-Rashed, acknowledged that rich Arab states have not done enough to help the plight of refugees.

But al-Rashed added that the motivation of critics has not always been led by humanitarian concerns.

"Europe agreed to take in 250,000 refugees, and there is uproar regarding this number, although it is humble compared with the numbers who sought refuge in Jordan, Lebanon and Turkey," read an English translation of his article.

"It is even less than the number of refugees who quietly found their way to Gulf countries," it added.

In neighbouring Qatar, the official state agency and other media outlets have ran articles on aid sent to Syrians both in Syria and in neighbouring countries.

A number of commentators, including al-Rashed, have noted the demographic impact on Gulf states if they take in more Syrians.

"Foreigners make up more than 80 percent of the population in the United Arab Emirates (UAE) and Qatar, around half of Kuwait’s population, some 40 percent in Saudi Arabia and around a third in Bahrain," wrote al-Rashed.

"You do not see such percentages in other countries, including in Europe, which complains about the number of foreigners on its land. The percentage of foreigners in Britain is 8 percent, and it is a similar percentage in Germany and Greece," he added.

Gulf states are not signatory to the 1951 convention on refugees, which obliges nations to host people fleeing conflict. 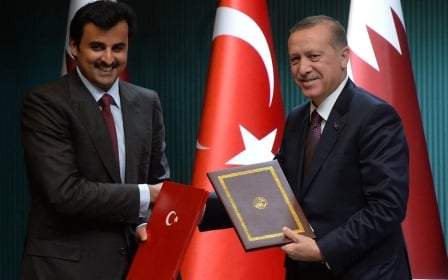 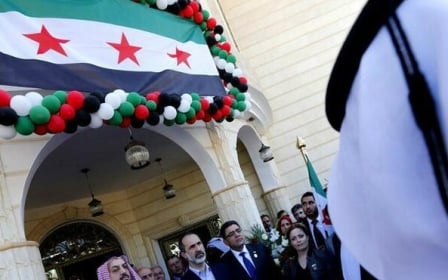