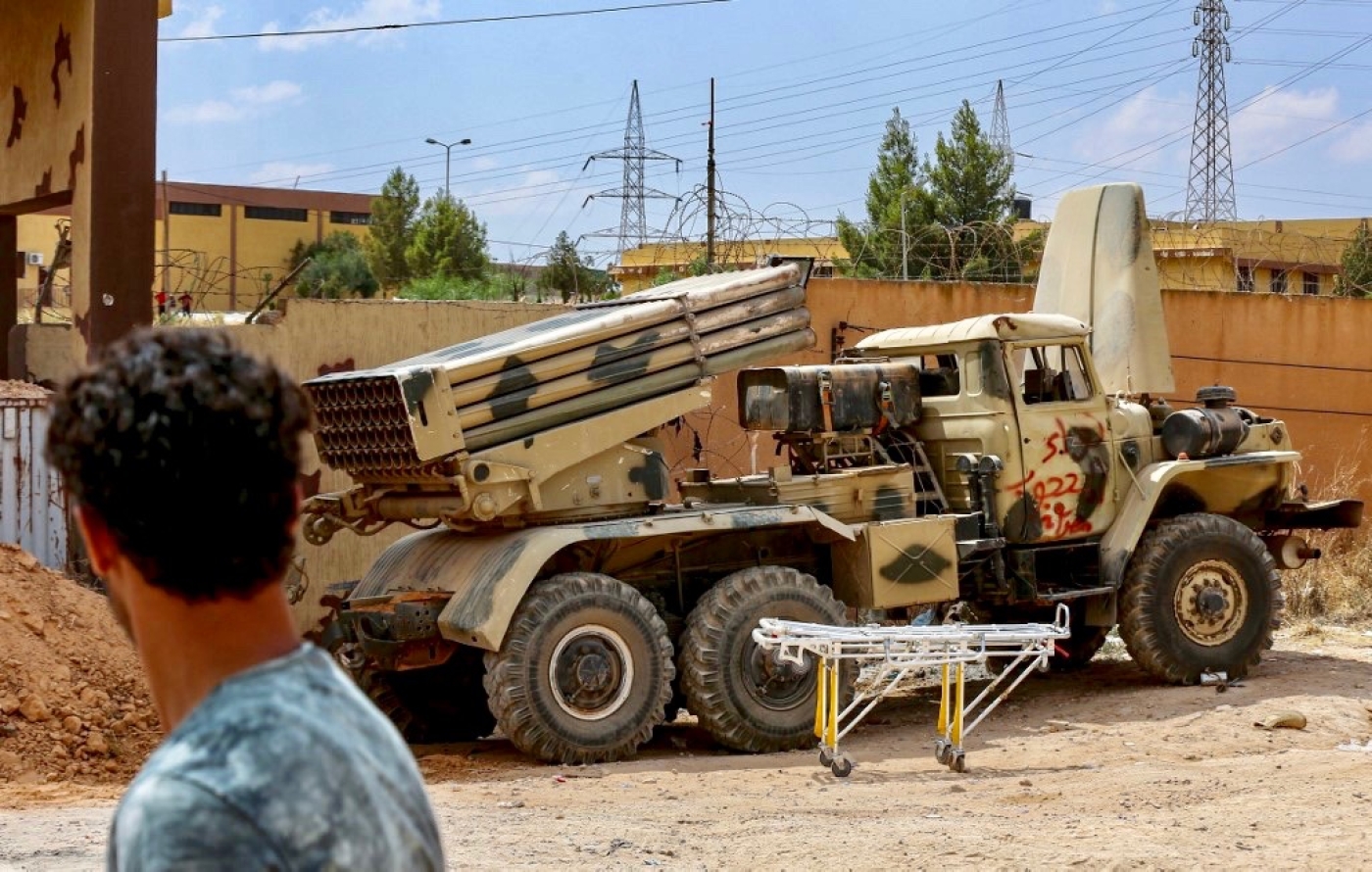 Libyan rebel commander Khalifa Haftar threatened to attack Turkish interests and accused Ankara of backing his rivals after he suffered a major setback in his push to take the capital Tripoli.

Turkey supports Libya's internationally recognised government in Tripoli, which on Wednesday dealt a blow to Haftar’s eastern forces trying to seize the capital in a three-month campaign, Reuters said.

Forces backing Libya's internationally recognised Government of National Accord (GNA) took back the strategic town of Gharyan in a surprise attack, seizing Haftar's main supply base for his months-long offensive, AFP reported.

Haftar claims he is trying to free the capital from militias, which he blames for destabilising Libya since the fall of Muammar Gaddafi in a NATO-backed uprising in 2011. Critics accuse him of trying to seize power through force and deepening a conflict between factions based in the east and west of the North African country.

Haftar on Saturday promised a "tough response" and accused militias backing the Tripoli-based GNA of executing his wounded troops at the town's hospital - allegations denied by both the GNA and authorities in Gharyan.

Dozens of pro-Haftar fighters were killed in the clashes 100km south of the capital, with at least 18 taken prisoner, a GNA spokesman said.

AFP correspondents who toured Gharyan were shown signs of a hasty retreat by Haftar's forces, who left behind their wounded, a command post, arms, ammunition and even food burning on stoves.

"The speed (of the attack), the surprise element and the revolt (by the area's residents) sowed fear" in the ranks of Haftar's fighters, General Ahmad Bouchahma, a senior GNA officer, said during a tour of the area.

Among the weaponry the GNA said it seized were US-made Javelin anti-tank missiles packed in wooden crates marked "armed forces of the United Arab Emirates", a major buyer of American weapons and one of Haftar's main international backers.

The US State Department said on Saturday it was looking into the missile find.

"We take all allegations of misuse of US origin defence articles very seriously," a spokesperson said on condition of anonymity. "We are aware of these reports and are seeking additional information."

In retaliation for the defeat, Haftar ordered his self-styled Libyan National Army (LNA) to target Turkish ships and companies, ban flights and arrest Turkish nationals in the country, his spokesman said. 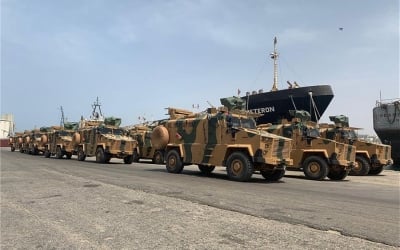 The LNA, which holds eastern Libya and much of the country's south, seized Gharyan two days before launching its offensive on Tripoli in early April.

Its initial lightning advance was brought to a standstill in Tripoli's southern outskirts as GNA-aligned militias rushed to defend the capital.

The LNA still holds the town of Tarhouna southeast of Tripoli, its second main position in the campaign.

Both sides accuse each other of using foreign mercenaries and receiving military support from external powers, despite a UN arms embargo in place since the 2011 overthrow of Gaddafi.

Turkey has supplied drones and trucks to forces allied to GNA Prime Minister Fayez al-Serraj, while the LNA has received support from the United Arab Emirates and Egypt, according to diplomats.

The LNA, which is allied to a parallel government in the east, has failed to take Tripoli but it commands air superiority. It has several times attacked Tripoli's functioning airport. He told reporters on 19 June that Turkish backing had allowed Tripoli to "rebalance" the fight against Haftar.

On Saturday, on the sidelines of the G20 summit in Japan, Erdogan said he had no information on Haftar's threat against Turkish assets.

"If there is an order like this from Haftar, my colleagues will study it. We have already taken the necessary measures regarding this anyway, and after this, we will take more measures," he said.

Since the fall of Gharyan, Haftar's forces have carried out several air raids on Tripoli as GNA fighters push to keep up pressure on the LNA.

On Friday, GNA militias claimed they had launched another successful offensive, this time in Esbiaa, more than 40km south of Tripoli.

Mismari said orders had been given to the LNA's air force "to target Turkish ships and boats in Libyan territorial waters".

"Turkish strategic sites, companies and projects belonging to the Turkish state are considered legitimate targets by the armed forces," he added.

"All Turkish nationals on Libyan territory will be arrested, all flights to and from Turkey will be banned".

Regular flights to Turkey operate from Tripoli's Mitiga airport and a second airport in the western city of Misrata, held by pro-GNA forces.

Mismari did not explain how the flight ban might apply to areas not under Haftar's control.

Haftar’s offensive has upended UN-led plans to stabilise Libya after years of conflict that have left the oil-rich nation divided and caused living standards to plummet.

The conflict risks disrupting oil production, creating a vacuum to be exploited by militants and prompting more migrants to leave for Italy by boat. 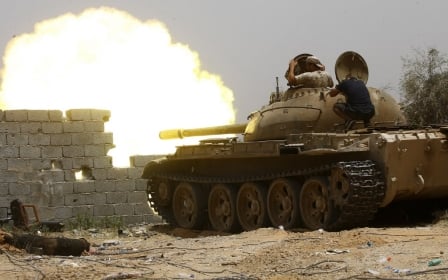 Inside Libya
World at threat if Libya's war is left to rage, Libyan MP warns