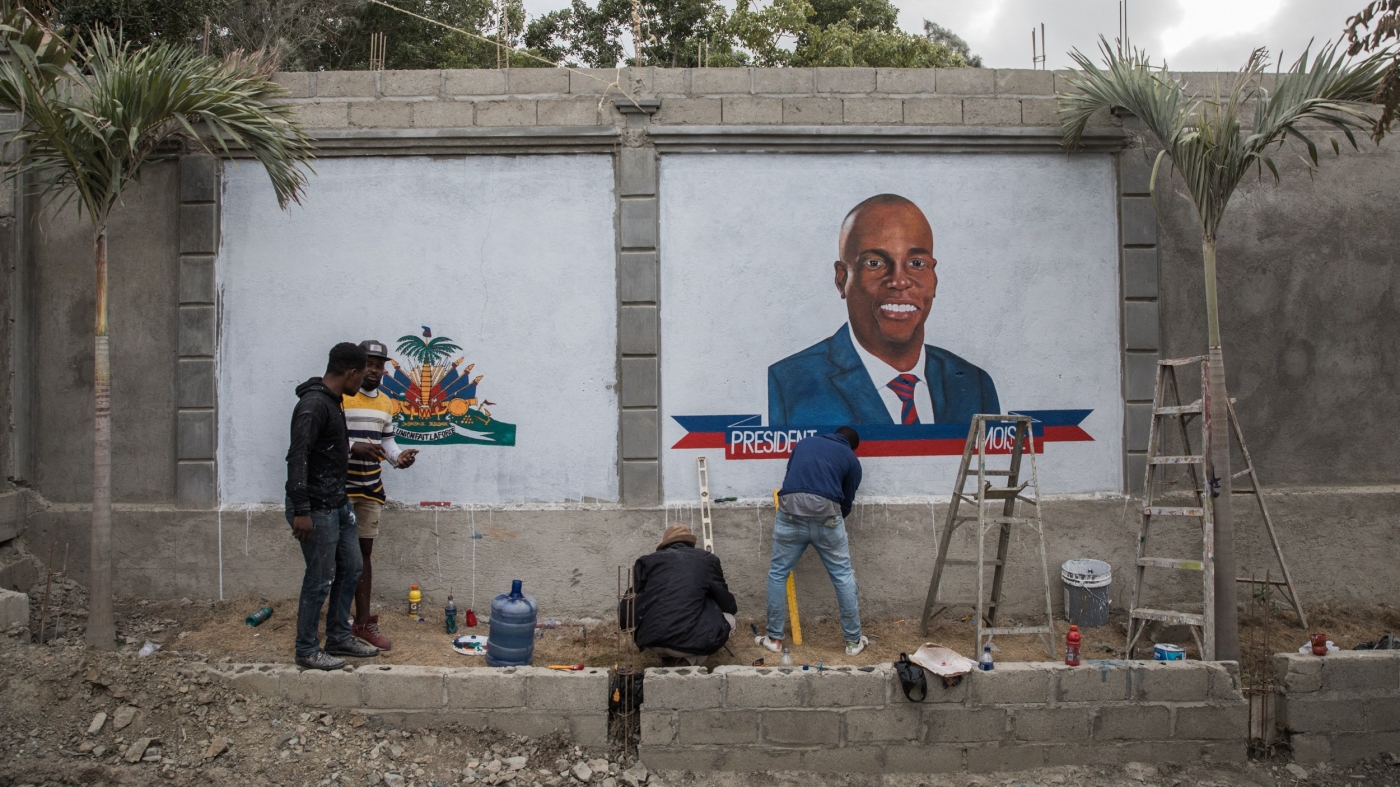 A Turkish court rejected on Monday a request to extradite a Jordanian man wanted by Haiti over his alleged involvement in the assassination of president Jovenel Moise and ordered his release.

Moise, 53, was found lying on his back with 12 bullet wounds and a gouged eye at his private residence in Port-au-Prince on 7 July 2021.

His wife was also wounded in the attack, with a group of Colombian mercenaries seen as the main suspects.

Four months after the murder, Jordanian businessman Samir Handal boarded a flight from the United States on 15 November to visit his mother in Palestine.

However, after the plane took off, a red notice was issued against him by Interpol over Moise's death and he was arrested at Istanbul aiport.

Interest in Handal had arisen after it was found that two months before the assassination he had rented an office to Emmanuel Sanon, a doctor indicted in Moise's murder.

Haiti's police also claimed in August that Handal had hosted "meetings of a political character" at his Port-au-Prince home, which had been attended by Sanon.

Handel's lawyers told the court that their client was innocent and that the red notice against him was lifted on 20 April.

"I rented an office space for a medical clinic hospital for Dr Sanon," Handal told the Turkish court in a hearing on 30 May.

"I have never been in any meeting, nor known anything. I heard about the assassination on radio and social media."

Turkey's Daily Sabah newspaper said Handal and his lawyers had argued he would be "tortured and killed" if he was extradited to Haiti.

"Haiti is in the hands of a serious unrest. Prisons there lack water and medical equipment. A United Nations report notes convicts' deaths in prison," a Turkish lawyer for Handal told the court. Daily Sabah said another lawyer referred to warnings on security risks in Haiti "by Turkey and the United States".

Turkey's Medyascope website said Istanbul's 37th High Criminal Court, which heard the case, had unaminously rejected Handal's extradition, ruling that "the reasons for his extradition were not sufficient".

Handal, who has been attending hearings via video link from Ankara Sincan High Security Prison, cried and threw his hands up in the air as the judges read the verdict.

Daily Sabah reported that Mahmut Barlas, one of Handal's lawyers, said it has been "a busy eight months" for them but that they were happy to see "justice prevail".

More than 40 suspects have been arrested over Moise's assassination, although nobody has been convicted in connection with the case.

Meanwhile, Haiti's judicial proceedings into the murder have stalled, with four judges on the case resigning amid complaints about death threats and concerns for their security.