In 2022, Saudi's Ministry of Hajj and Umrah announced that the number of pilgrims for this year's Hajj had reached one million (AFP/File photo)
By
MEE staff

Several human rights groups and Muslim organisations have joined a campaign condemning Saudi authorities for allegedly using the Hajj pilgrimage as a means of oppression, either by barring certain Muslims from attending or luring others into the country, only to have them arrested and deported to countries where they are at risk.

The Sanad Rights Foundation said in a statement on Thursday that Saudi authorities were using the Hajj and Umrah pilgrimages as a means to "repress dissidents" who challenged the country's policies.

"The Saudi government adamantly and repeatedly politicises the Two Holy Mosques of Makkah and Medina, and made Hajj and Umrah a tool of repression, a means of eliminating opponents, and a way of supporting some authoritarian regimes," it said. 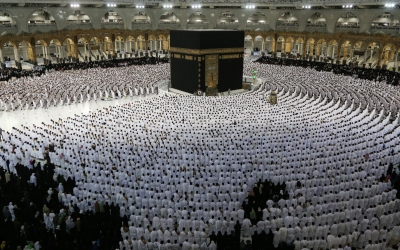 This year, the kingdom's Ministry of Hajj and Umrah announced that the number of pilgrims had reached one million. All pilgrims must be under 65 years old, fully vaccinated against Covid-19, and show a negative antigen test within 72 hours of reaching Saudi Arabia.

While the pilgrimage has opened up to Muslims around the world, the rights groups are concerned about the protection and security of pilgrims who attend.

Middle East Eye has reported on cases in which Muslim Uyghurs were detained in Saudi Arabia after entering the country to perform a pilgrimage to the Muslim holy city of Mecca.

US activists protested in April on behalf of four members of the Muslim minority group, calling on Saudi Arabia not to extradite them to China, saying they risk arbitrary detention, torture, and persecution if they are returned.

In 2019, MEE also revealed that Saudi Arabia denied Hajj visas to around 70 Palestinian refugees from Syria. A year prior to this, Qatar accused Riyadh of denying its pilgrims the opportunity to perform the Hajj pilgrimage - an act that is obligatory for every able Muslim to complete at least once in their lifetime. The kingdom denied these claims.

"The Saudi regime also prevents many Muslims from performing Hajj or Umrah merely due to their political or ideological stances on some issues or for exercising their right of free speech," Sanad said in its statement.

MEE reached out to the Saudi Ministry of Hajj and Umrah for comment but did not receive a response by the time of publication.

'Mecca is for all'

For nearly 100 years, Saudi monarchs have all adopted the honorary title of Custodian of the Two Holy Mosques, a way of bolstering their standing as leaders in the Muslim world.

While the kingdom has received credit for its management of the pilgrimage, the ruling Al-Saud family has also been criticised for having complete say over who attends.

In 2020, Al Haramain Watch, a non-governmental organisation, launched an online petition calling for a "unified Muslim administration from all Muslim countries" to manage the two Muslim holy cities of Mecca and Medina.

The petition, which was signed by more than 100 Muslim scholars, accused Riyadh of gross human rights violations and restricting minorities' access to the holy cities.

Last week, Iran's supreme leader, Ali Khamenei, called on Saudi authorities to ensure the safety and security of all pilgrims, including Iranians, visiting Mecca to perform Hajj, saying that the sacred house of Kaaba belongs to the people.

"There are heavy responsibilities on the shoulders of the country hosting the pilgrimage, Mecca is not for them, Mecca is for all," he said about Saudi Arabia when speaking to Iranian officials.

"In the end, there is a state that has governance and manages things there, so it must act in the interest of the Islamic world and not in its own interest," he added.

Over 450 Iranian pilgrims were killed in a stampede during the 2015 Hajj in Mecca, and Iranian officials at the time accused Saudi authorities of mismanagement that led to the disaster. 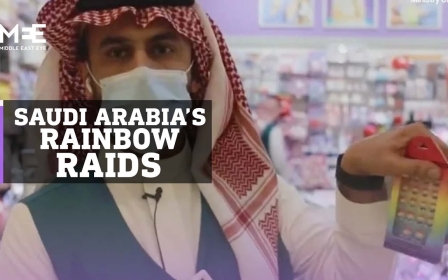 Inside Saudi
Saudi crackdown on rainbow-coloured toys that ‘promote homosexuality’ 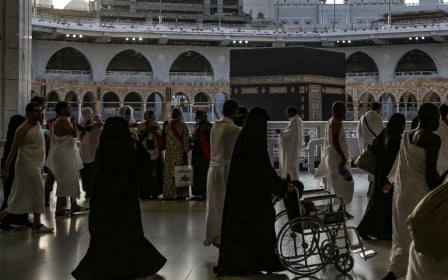