A lawyer for Halkbank has told a US appeals court that an indictment accusing the state-owned Turkish lender of helping Iran evade sanctions should be thrown out because the bank is immune from prosecution.

In oral arguments presented before the 2nd US Circuit Court of Appeals in Manhattan, Halkbank's lawyer Simon Latcovich said the US government had no basis to assert criminal jurisdiction and that the bank was "synonymous" with the Turkish state for purposes of immunity.

Latcovich asserted the bank has claims to immunity under the Foreign Sovereign Immunities Act (FSIA), which establishes limitations as to whether a foreign country can be charged in a US court. Still, Assistant US Attorney Sidhardha Kamaraju said Halkbank's claim was a "dramatic extension" of the FSIA, and that it did not apply to criminal cases.

"For decades, the Supreme Court and this court have held explicitly that the FSIA is the comprehensive set of legal provisions governing civil actions," Kamaraju said at the 45-minute hearing, as quoted by Courthouse News Service. "The court has never extended it to criminal actions."

US Circuit Judge Jose Cabranes, who is presiding over the case, also appeared unlikely to rule in favour of Halkbank, citing that several of the lender's executives had been indicted.

The case has been delayed indefinitely due to a stay pending Halkbank's appeal and also due to the Covid-19 pandemic.

US prosecutors in October 2019 issued a six-count indictment against Halkbank, including bank fraud and money laundering, over an alleged "multibillion-dollar scheme to evade US sanctions on Iran".

The prosecutors accused it of converting oil revenue into gold and cash to Tehran's benefit, and also of helping the Islamic Republic secretly transfer $20bn of restricted funds, at least $1bn of which was laundered through the American financial system.

Halkbank pleaded not guilty to the charges and is currently appealing a ruling last October that allowed the prosecution to proceed.

The Halkbank case is among a number of key issues that have put a strain on the relationship between Nato allies Washington and Ankara.

In 2018, the bank's deputy general manager, Mehmet Hakan Atilla, was found guilty and sentenced to two years and eight months in jail over similar charges levied against the state bank.

Reza Zarrab, a Turkey-based gold trader, had pleaded guilty in the same case and testified against Atilla.

Zarrab said Turkish President Recep Tayyip Erdogan, who at the time was prime minister, personally authorised a transaction on behalf of Iran.

At the time, Erdogan said that the Gulen movement, whom Turkish authorities accuse of orchestrating a failed coup attempt, was complicit in Zarrab's court case.

The Turkish president has reportedly lobbied the previous Donald Trump administration to drop the case, with Erdogan writing Trump a memo in 2018 insisting that Halkbank is innocent, according to a memoir by former US national security adviser John Bolton. Trump then told Erdogan he would "take care of things".

Last month, US Secretary of State Antony Blinken met with his Turkish Counterpart Mevlut Cavusoglu during a Nato summit, but it was not clear whether the ongoing case was brought up during discussions. 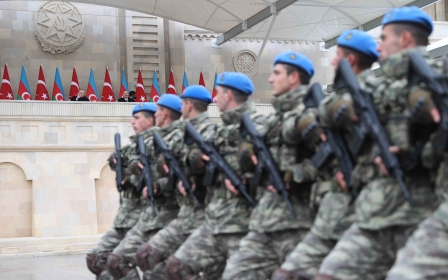 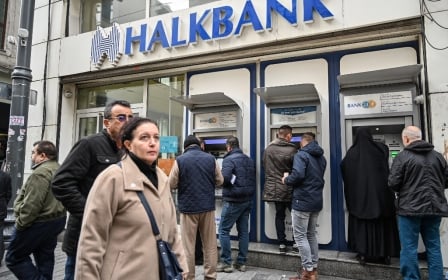